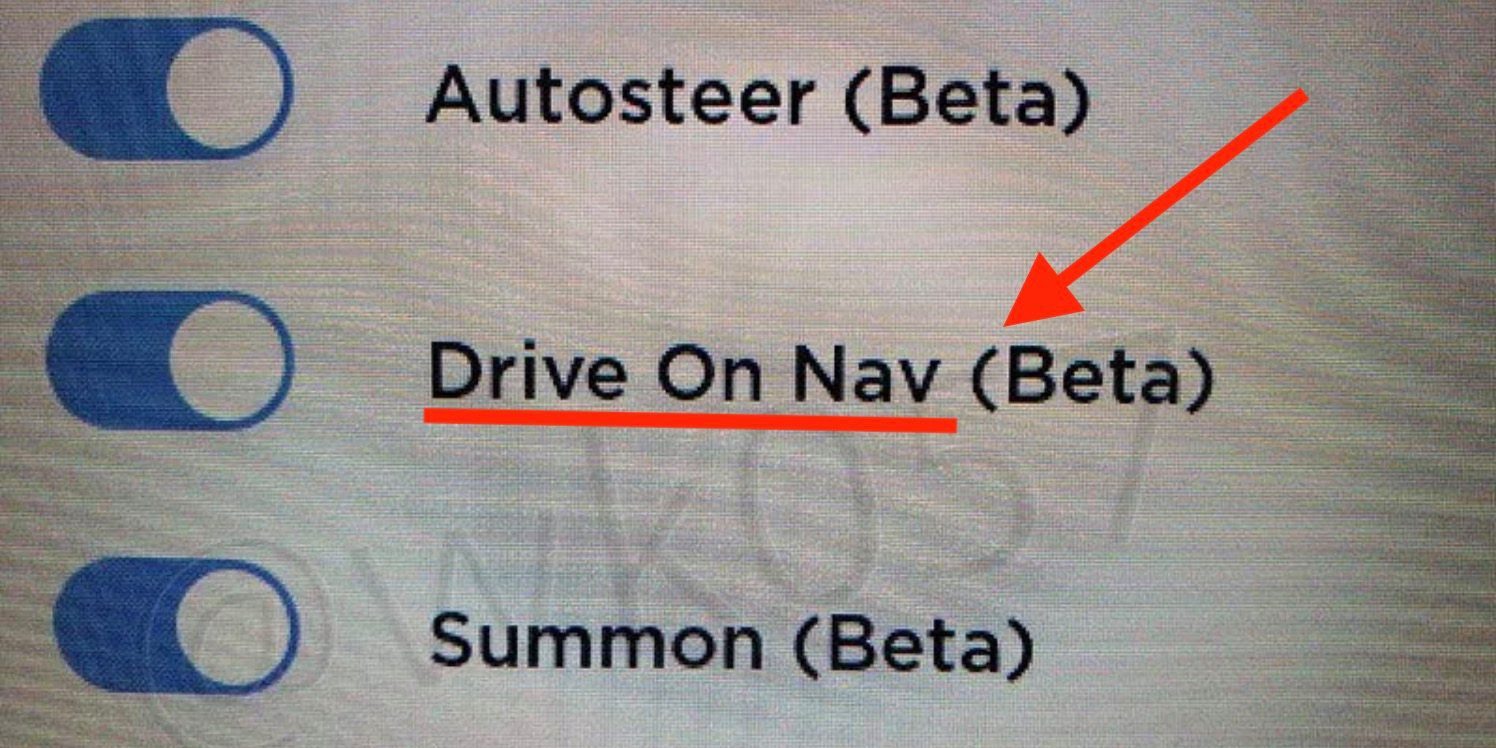 We are starting to get a better idea of Tesla’s upcoming version 9 software update following the leak of an early build earlier this week.

Now Electrek has learned a few more details including what the mysterious Autopilot ‘Drive On Nav’ feature actually does.

As we reported earlier this week, we got a close look at the upcoming update thanks to Tesla hacker and tinkerer Jason Hughes.

It shows that the biggest change to date in the update is a new UI that is harmonizing the onboard experience in the Model S and Model X with the one in the Model 3.

He found a few other changes in the update including a new feature called ‘Drive On Nav’ which is listed under the other Autopilot features in beta (pictured above), but it wasn’t clear what the feature would actually do.

A source familiar with the software has now told Electrek that the feature is a first step toward the promised Enhanced Autopilot ‘On Ramp/Off Ramp’ feature that enables Tesla’s vehicles to automatically drive from on-ramp to off-ramp on the highway.

In order to gain this ability, Autopilot needs to change lanes on its own on the highways but also for exits and interchanges.

If the driver entered a destination in the navigation system (hence the ‘Nav’ in the name of the feature), Autopilot will suggest lane changes based on getting to that destination.

With the current Autopilot, it is possible to do automatic lane change, but they need to first be activated by the driver activating the turn signal.

Under the alpha build of the version 9 software, the ‘Drive On Nav’ feature still requires the driver to activate the lane change by pulling on the Autopilot stalk. Therefore, the biggest difference so far is that the system suggests the lane change to the driver instead of the driver having to decide when and activating it before the vehicle moves itself into the next lane.

Along with this explanation of the ‘Drive On Nav’ feature, the source familiar with the software update told Electrek that the update will introduce the Calendar, Energy and Web Browser applications to the Model 3.

Earlier this week, Elon Musk said that Tesla now aims to release version 9 software update ‘toward end of the month’ after an early access program release in the next two weeks.

That’s not as cool as we thought it would be since Musk has been talking about Tesla owners eventually being able to simply enter a destination in the navigation system and the vehicle will automatically drive there.

‘Drive On Nav’ sounded a lot like that, but now that we know what it is, it at least sounds like it is a step in that direction.

Again, that’s just based on this week old alpha development build. The update is likely to change in the next few weeks and before the wider release.