Tesla Version 9 update: getting closer to release, now fixes one of the biggest issues with Model 3 UI, and more

Tesla’s version 9 software update is expected to be the automaker’s most extensive update in two years and recent leaks showed that it appears to be behind in the development process.

We have learned that the update is finally getting closer to release with a look at the latest build with new features and fixes, including Tesla fixing one of the biggest issues with Model 3’s navigation UI.

Earlier this month, we got a first look at version 9 with an early alpha build obtained by Tesla hacker and tinkerer Jason Hughes.

It showed that the main change is that Tesla is bringing to the Model S and Model X a UI similar to the Model 3’s UI.

A reliable source with access to a newer development build of version 9 told Electrek about the latest changes to the update as it moves closer to a release.

‘Drive On Nav’ has been updated. As we reported, the system suggests lane changes on the highway based on a destination that was added to the navigation system.

In the previous version of the update, ‘Drive On Nav’ automatically suggested lane changes based on the destination, but the driver needed to pull on the Autopilot stalk to initiate any lane change.

Now it is not required anymore in the latest version of the feature.

Tesla also removed the navigation waypoints that were in the previously leaked version. Elon Musk said that Tesla is finally going to release its dashcam feature using Autopilot cameras in version 9, but the feature didn’t appear to be in the latest development version or at least there wasn’t any reference to it.

Another change in the latest version of the software update is that Tesla moved the section showing the next actions in the navigation system from the right of the screen to the left – closer to the driver: 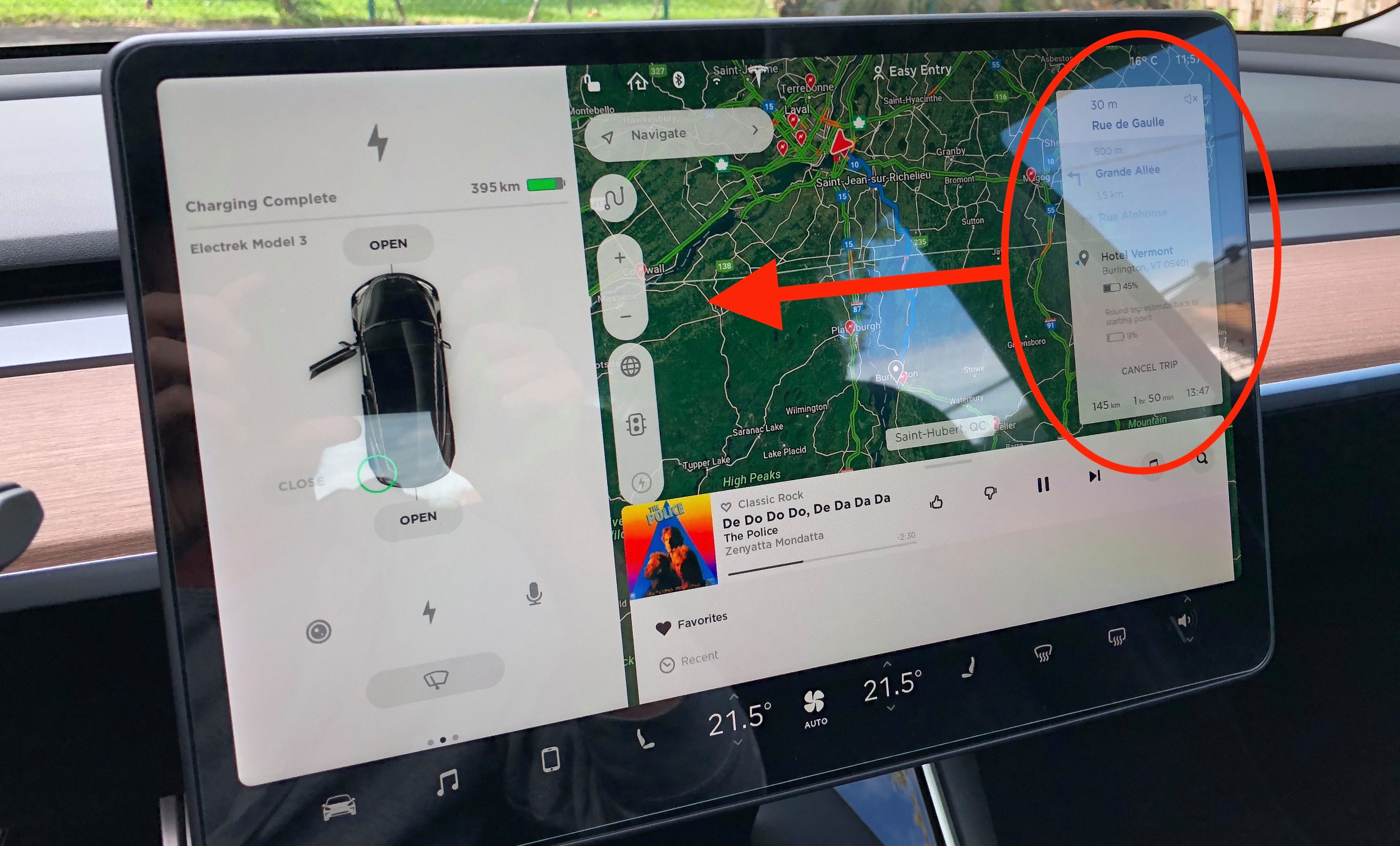 Musk recently said that Tesla plans to release the version 9 update to its early access fleet of owners (beta testers) over the last few weeks and that the wider fleet will receive it a few weeks after that.

The update could still change by the time it makes it to the wider release.

The update doesn’t appear to have made it to the early access fleet yet, but the latest version seems to be much closer to a release.

‘Drive On Nav’ now looks more like the ‘On Ramp/Off Ramp’ feature, which is expected to be the biggest change to Autopilot in version 9.

I am also pretty excited about moving the navigation turns to the left of the Model 3 center screen.

As we discussed in a recent episode of the Electrek podcast, it was my biggest issue with the lack of instrument cluster going from a Model S to a Model 3 as a daily driver.