Interbike 2018: Electrek is in Reno covering all of the e-bike announcements 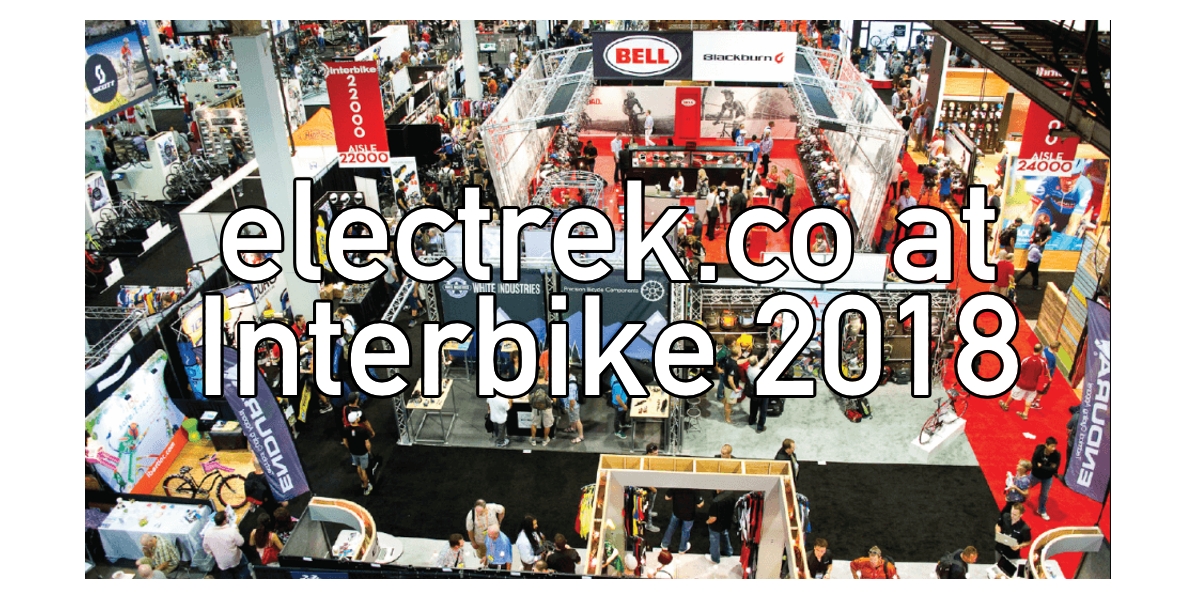 Interbike is the largest bicycle trade show in the US, where retailers gather every Fall to show off their newest and coolest products. While there are companies and representatives from across the cycling industry, each year has seen a growing number of electric bicycle companies arriving to spill the beans on their cool new rides.

This year it already seems like electric bicycles are taking over the show here in Reno, NV, with more e-bike companies than we can even count already setting up their booths. Here’s what we’re looking forward to seeing over the next few days.

The first part of the show starts at the Northstar California resort, where companies will be taking advantage of the resort’s ample downhill biking trails to give demos of their newest rides.

We’ll be putting to the test some of the latest electric mountain bikes on the market, and updating you all with news from the location. This is a tough job but someone has to do it.

This is the main event, and so far there are over 800 companies registered to exhibit their newest products.

As we mentioned, electric bicycles have played a small yet growing role in the main Interbike Expo over the last few years.

However, this year the number of electric bicycle companies has exploded, and the e-bike section of the indoor expo takes up nearly half of the entire event space. Plus, Bosch has sponsored an outdoor test track for dozens of e-bike models right outside the convention center where we’ll be testing out street, hybrid, mountain and other e-bikes. As electric bicycle enthusiasts know, actually getting on a good ebike and riding it around is one of the biggest ways to spark interest in the segment.

The expo isn’t actually open yet, but we were able to get in and grab a few shots to preview some of the companies already setting up.

Here’s an abbreviated list of just some of the companies we’ll be seeing and hearing from over the next few days:

And even more, these are just the one’s we’ve spotted setting up so far before the show has even started!

There’s already a lot of interesting news starting to leak out from companies:

Yuba has been making top-end cargo bicycles for years, and their electric cargo offerings have never disappointed. Now they will be unveiling their new Supermarché electric cargo bike here at Interbike.

While we did break the news on Bosch’s upcoming Kiox display recently, this will be their first time debuting the new gear in the U.S. The full-color, impact-proof display is designed to join man and machine, connecting riders to their e-bikes in ways we haven’t seen before.

This will be one to watch. BULLS, which recently supplied the LAPD with their tactical e-bikes, will be unveiling 14 new e-bike models here at Interbike. Their German sister-brand PEGASUS is also announcing their first entry into the US market here at Interbike.

There’s a lot more to come and this is just the preview. We’ll be posting more over the next few days as we see all the latest electric bicycles on hand here in Reno.

Oh and while we’re here in the biggest little city in the US, we might take our drone out to Sparks for a flyover of our favorite factory to check out how those solar panels are going up.