The first electric Vespa, the Elettrica, to finally enter production next month 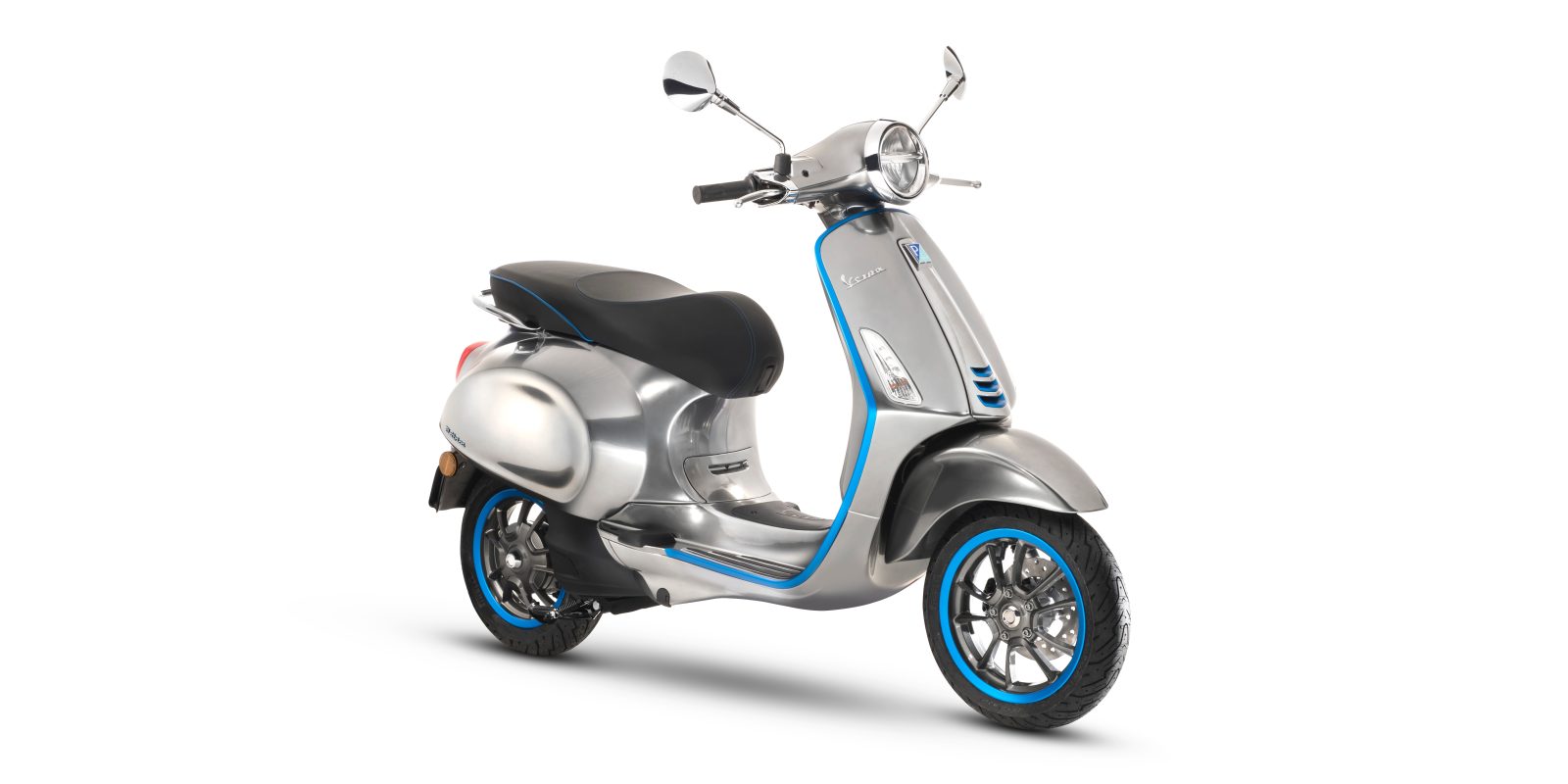 Sit-down scooters and mopeds have been a popular form of transportation in Europe for decades, and have recently been finding favor in the US as well, as an increasing number of companies have started offering electric versions as part of their lineup.

Vespa, perhaps the most famous scooter maker of all, has finally dropped the veil on the production plans of their first electric Vespa, the Elettrica.

The Vespa Elettrica has been a long time in the making, as Piaggio has teased us with the concept for nearly two years.

But now the Italian company is putting its scooters where its mouth is by releasing final details on the production and availability of the electric versions of their iconic scooters.

According to an announcement made today, Piaggio will begin producing the Vespa Elettrica next month.

Sales of the Elettrica will begin in October through a dedicated website, which is yet to be announced. Piaggio says that initial sales will be limited, and will expand throughout November, timed to coincide with EICMA 2018, also known as the Milan Motorcycle Show. 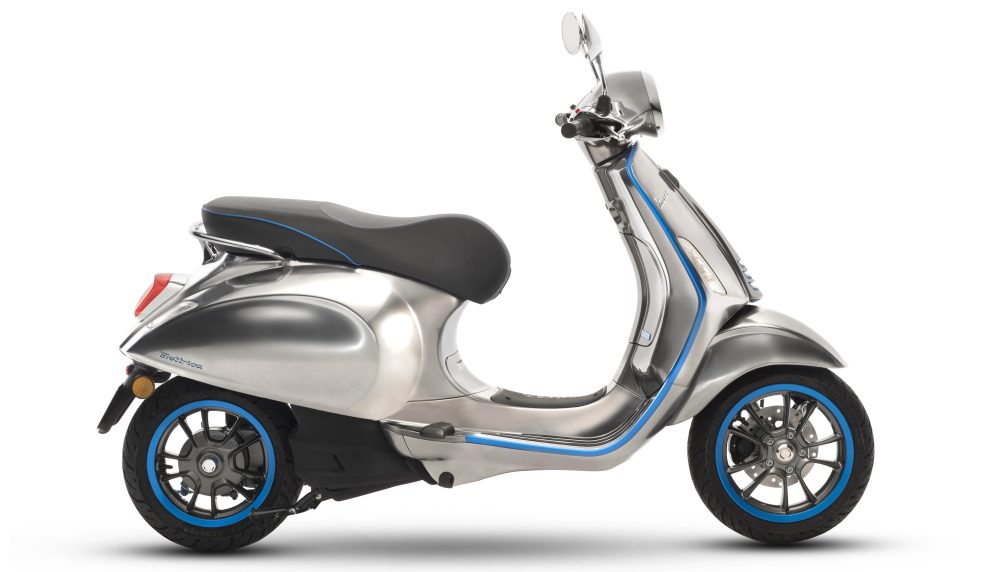 Though sales will initially be for Europe only, Piaggio plans to expand availability of the Vespa Elettrica to the US and Asia in early 2019.

Fittingly, the new electric Vespa will be breathed to life in the same location as the original Vespa over 7 decades ago. According to Piaggio:

“The long-awaited electric version of the most famous and loved scooter in the world will be born in the Pontedera plant, in the province of Pisa, the same location where Vespa was born in the spring of 1946 and that today is one of the world’s technological leaders in terms of design, development and production of advanced mobility solutions.”

The Vespa Elettrica will have similar performance to a standard 50cc scooter. The scooter will feature a brushless DC motor rated for 2 kW (2.7 hp) continuous and 4 kW (5.4 hp) peak power. The motor should be plenty peppy, with a torque rating of over 200 Nm (148 ft-lbs). 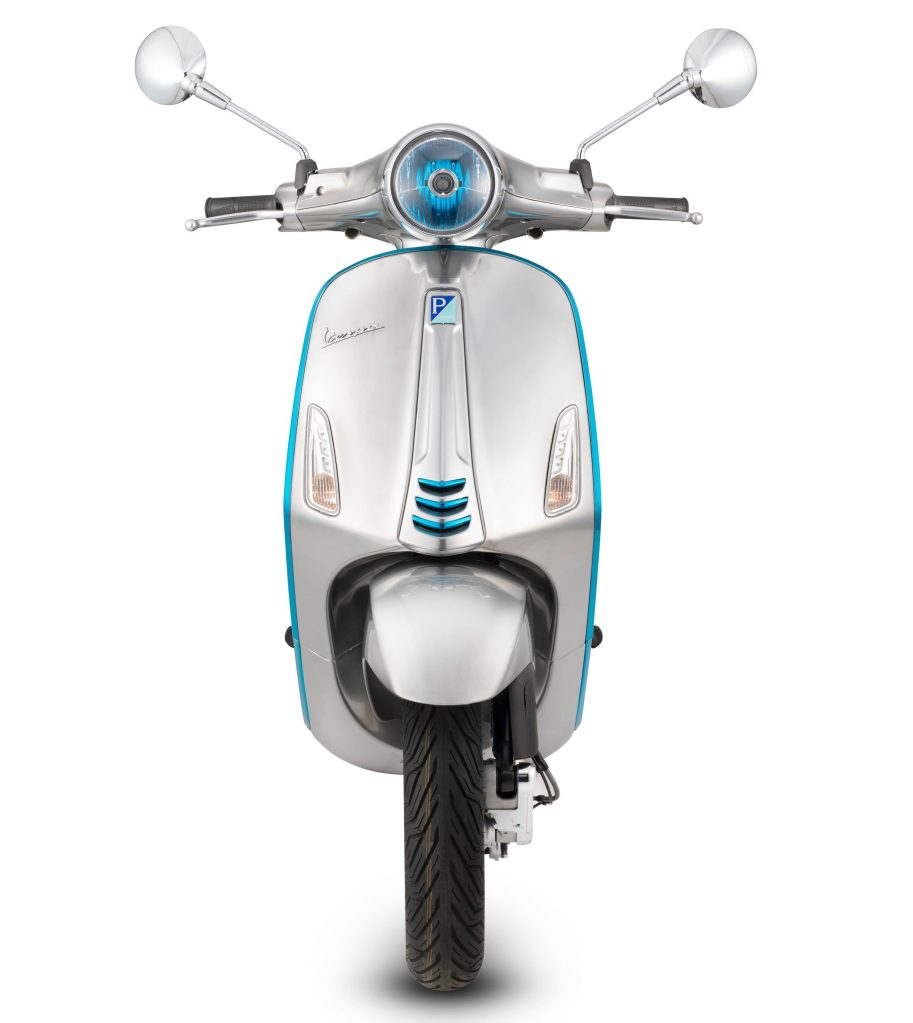 The top speed hasn’t been announced, but there will apparently be a slower “Eco” mode as well that limits speed to 30 km/h (19 mph).

Though many electric scooters lack storage space due to the batteries filling the under-seat compartment, the Elettrica should still have enough storage space to fit a helmet.

Piaggio has big plans for the Elettrica, including a suite of smart and AI features that sound like they belong more in a Tesla than a scooter:

“Vespa Elettrica represents only the first step of the Piaggio Group towards new horizons of smart interconnectivity between vehicles and people. Vespa Elettrica will be prepared to adopt, in the near future, solutions currently under development for Gita, the robot being built in Boston by Piaggio Fast Forward (which will go into production at the beginning of 2019), such as artificial intelligence systems with adaptive and sensitive behaviors every input from the driver. They will recognize the presence of people and vehicles in their vicinity, contribute to the driver’s ability to anticipate potential risks, signal traffic and offer an alternative route, and provide instant mappings that will help improve the safety and efficiency of urban traffic. This new generation of vehicles will know its owner well: it will recognize it in an automated way without key or remote control, it will anticipate its habits, user experience that we can hardly imagine today.”

Though the price of the Vespa Elettrica has not yet been announced, it won’t come cheap. According to Piaggio:

“The price will be aligned to the high end of the Vespa range currently on the market.”

For reference, some of the nicer Vespa models on the market cost over $7,000 in the US, with special editions reaching $10,000.

In addition to the Vespa Elettrica, Piaggio is also planning to produce the Elettrica X, a hybrid version that has a smaller 50 km (31 mi) range battery and a small engine used as a generator to provide a total of 200 km (124 mi) of range. The engine should kick on automatically when the battery runs low. But if used for less than 50 km at a time, the Elettrica X should be able to function as a purely electric vehicle, much like the Chevy Volt.

The electric Vespa is a no-brainer for the company.

Scooters already sell easily all over Europe and their popularity is even expanding in the US.

Their lower power also means you can get away with a relatively smaller motor and batteries, making them cheaper to produce.

So basically, this day was inevitable.

The Vespa Elettrica is no doubt going to be one of the sexier electric scooters available, once it is released.

With the money people spend on the automotive industry in Italy, I have no doubt it will sell well there. I can already see bankers in Armani suits zipping silently around Rome on Elettricas.

I’ll be curious to see how it fares outside of Europe though, and whether Americans are ready to fork over that kind of cash for a designer EV.

But let’s hear what you think. Let us know your thoughts on the electric Vespa in the comments below.