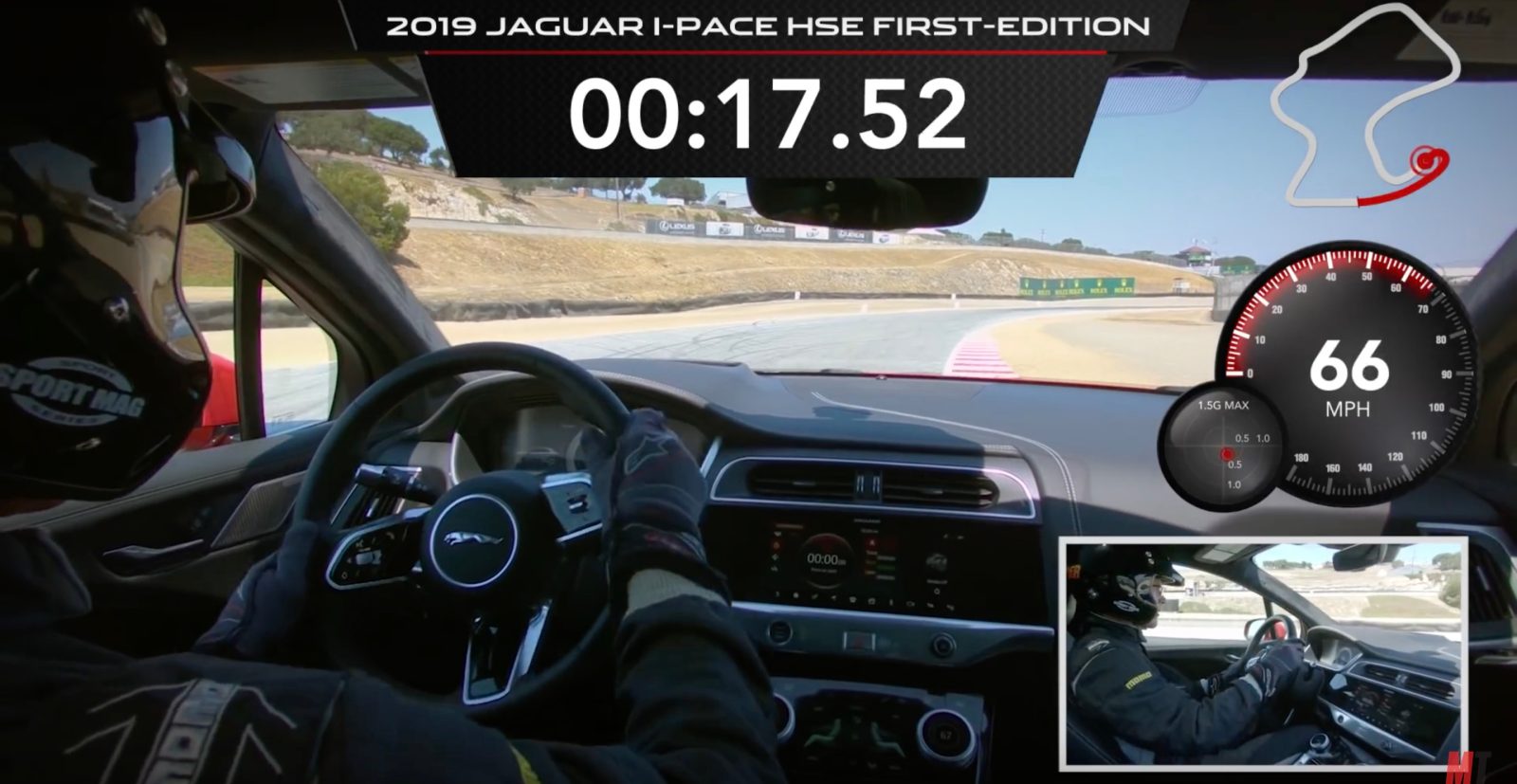 Jaguar is about to deliver the I-Pace to the US and in the meantime, it is having some fun of its own with the all-electric car on US race tracks.

I say ‘sort of’ because it can be controversial depending on what you consider a “production EV”. The driver can also make a big difference.

We reported just last month that a Tesla Model S P100D breaking that same record with a 1:47.62 time, but it went sort of under the radar because Lucid Motors was driving the vehicle as part of the development program for its own vehicle.

Now Jaguar says that the vehicle featured some light modifications and therefore, it can claim the record with the I-Pace, which is fair since I doubt that Lucid Motors is going to contest it.

You can watch Pobst’s full record lap with the I-Pace on Motortrend’s channel:

Good on Jaguar. The I-Pace offers some impressive performance as an SUV – if you can call it that.

That said, I am pretty confident that this record is going to be beaten again in the coming months.

We have seen Tesla owners getting times around 1:48 with stock vehicles for years. If you were to put a pro driver behind the wheel of a stock Model S P100D or a Model 3 Performance, I am pretty sure they could beat that time.

But it doesn’t take anything away from the I-Pace, which I think is going to do well in the US.