We haven’t heard anything from Lucid Motors for a while as their production plans for the Lucid Air are still dependent on them closing a significant series D financing round.

Despite the production plans still being murky, Lucid’s development program is still ongoing.

Recently, they even broke the latest production EV record at Laguna race track… though they broke it with a Tesla Model S P100D and not their own electric car.

Last year, the company announced an aggressive $60,000 base price for its luxury all-electric sedan with 240 miles of range and several more higher-end configurations.

The higher-end version of the car is supposed to have impressive performance competitive with Tesla’s performance Model S.

During its Air Alpha prototype test program, a prototype reached a top speed of 217 mph (350 km/h).

The company also has a history of benchmarking its powertrain against Tesla vehicles.

Back when it was still called Atieva, Lucid Motors released videos of its development vehicle doing drag races against a Tesla Model S – pictured above.

Now we’ve learned that Lucid is still benchmarking Tesla’s vehicles since it was spotted participating in the Refuel TT event at the Laguna Seca race track last weekend.

A source told Electrek that Lucid engineers brought a Tesla Model S P100D with testing equipment to the track and participated in the event.

David Lickfold, who is leading chassis and vehicle dynamics at Lucid Motors according to his LinkedIn profile, is listed as having driven the vehicle during a record lap for the electric production GT category: 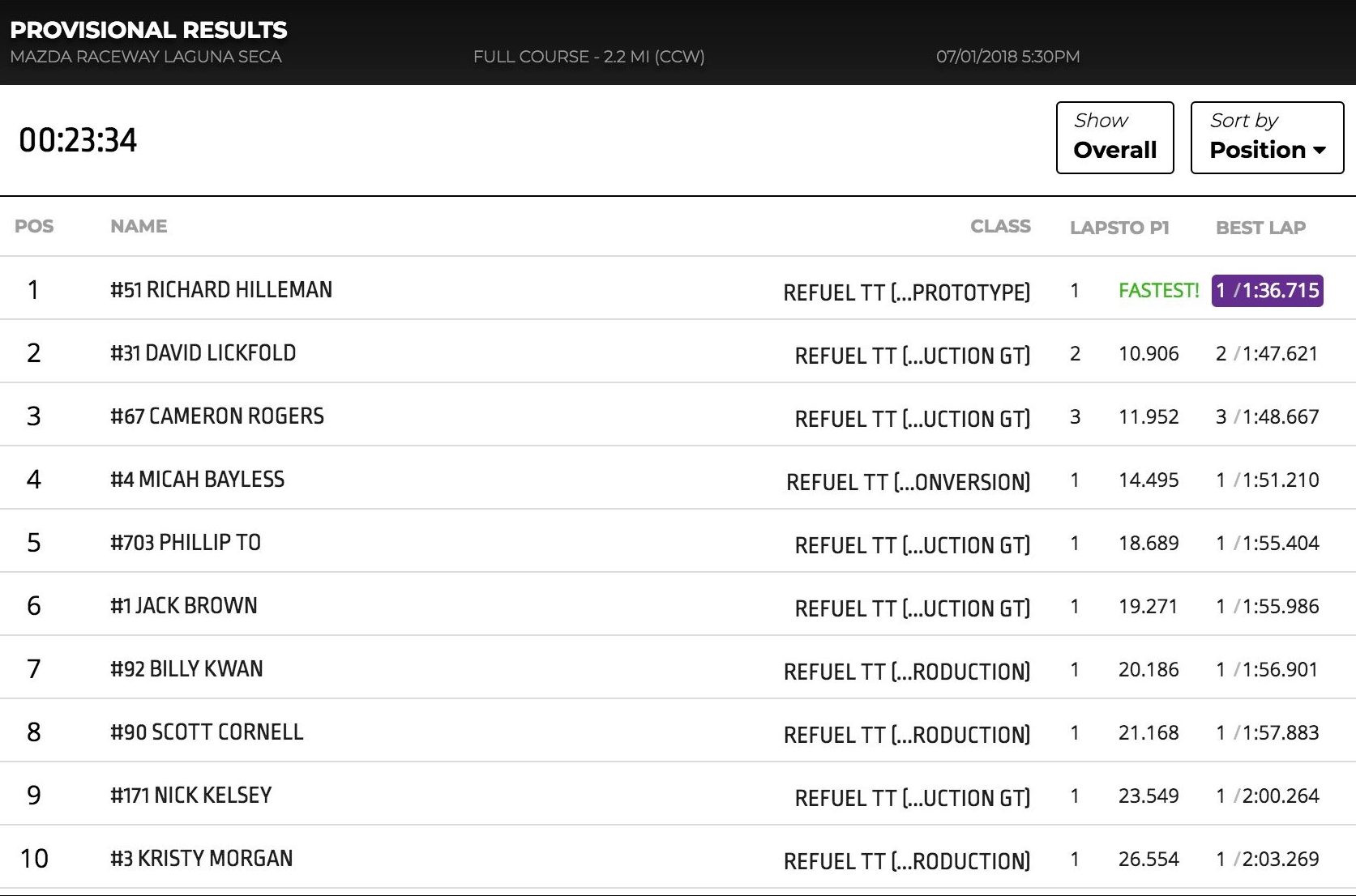 The Lucid engineer in the Tesla Model S P100D was only beaten by a modified prototype Radical race car.

For electric vehicles in the ‘Production GT’ category, Lickfold broke previous records set by former Tesla engineer Aaron Bailey in 2013 in a Model S P85+ with a 1:48.917 time and by Joe Nuxoll with a 1:48.935 time in a Tesla Roadster.

But that’s not even the most impressing achievement from this race.

Cameron Rogers came in third with a Tesla Model 3 only a second behind Lickfold who was in the Tesla Model S P100D.

The time was good enough to beat any other production EV and beat the previous electric ‘Production GT’ records at the Laguna Seca race track .

We are going to follow up with a video and report of Rogers’ run at the track and how he made the record time with the Model 3. Stay tuned.