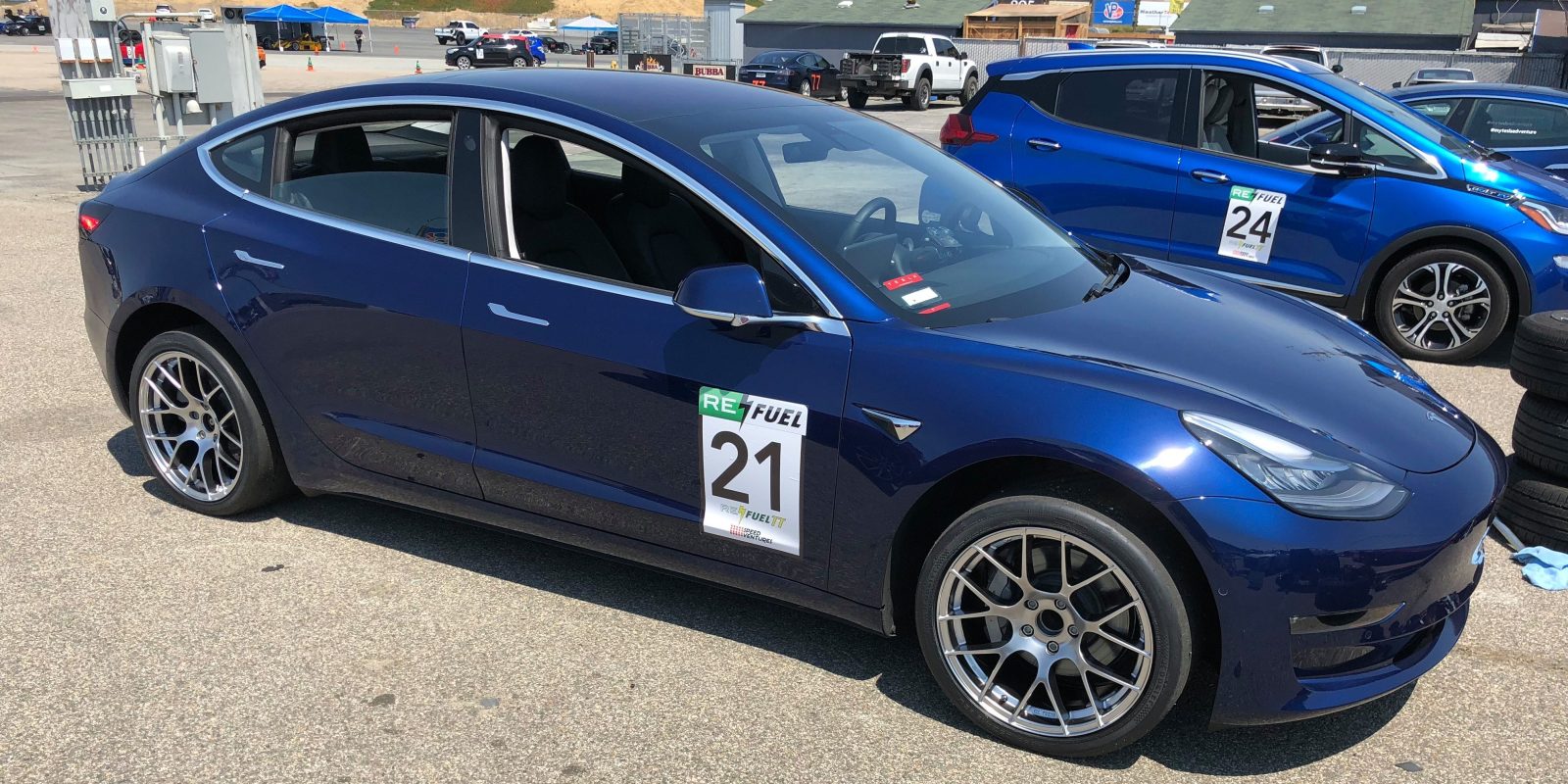 The Tesla Model 3 Performance version is not on the road yet, but owners of Model 3 with the standard rear-wheel drive motor are already finding ways to push their electric vehicles higher.

One of those owners has just set a new record with a Model 3 with small race modifications at the Laguana Seca race track.

As we just reported, Lucid Motors set a new record at the Laguna race track with a Tesla Model S P100D last weekend, but that wasn’t the most impressive achievement that happened at the race.

Cameron Rogers beat the previous electric production GT records on the track with a Tesla Model 3 and only came a second behind the Tesla Model S P100D.

Here you can watch his full run, the new fastest Model 3 lap, at the Laguna race track last weekend:

In order to get that time, Rogers had to perform some small yet quite smart modifications that help shave a few seconds.

The last time we saw a Model 3 make a hot lap on the race track, the driver was quite surprised by the performance, but he did complain about the brakes.

Finally, Rogers also found a way to disable stability control and ABS by unplugging the speed sensors on the wheels.

Here he shows the mods and preparation in a video:

That’s an impressive time for the Model 3 with a stock rear-wheel-drive powertrain.

It certainly bodes well for the performance version and it shows what a lighter electric car can do when Rogers managed to come in only a second after a much more powerful (but heavier) Model S P100D.

Though, the drivers also can make a big difference and we don’t know how Lucid Motors’ engineer compares.

For a fairer comparison, Rodgers told Electrek that he previously managed a 1:52 time in a 2016 Model S 85D, which gives us a much better idea of Tesla’s progression with the Model 3.

We are probably only a few weeks away from seeing the Model 3 Performance version on the track. I, for one, am super excited about the prospect of more records being broken and the limits of EVs being pushed further.