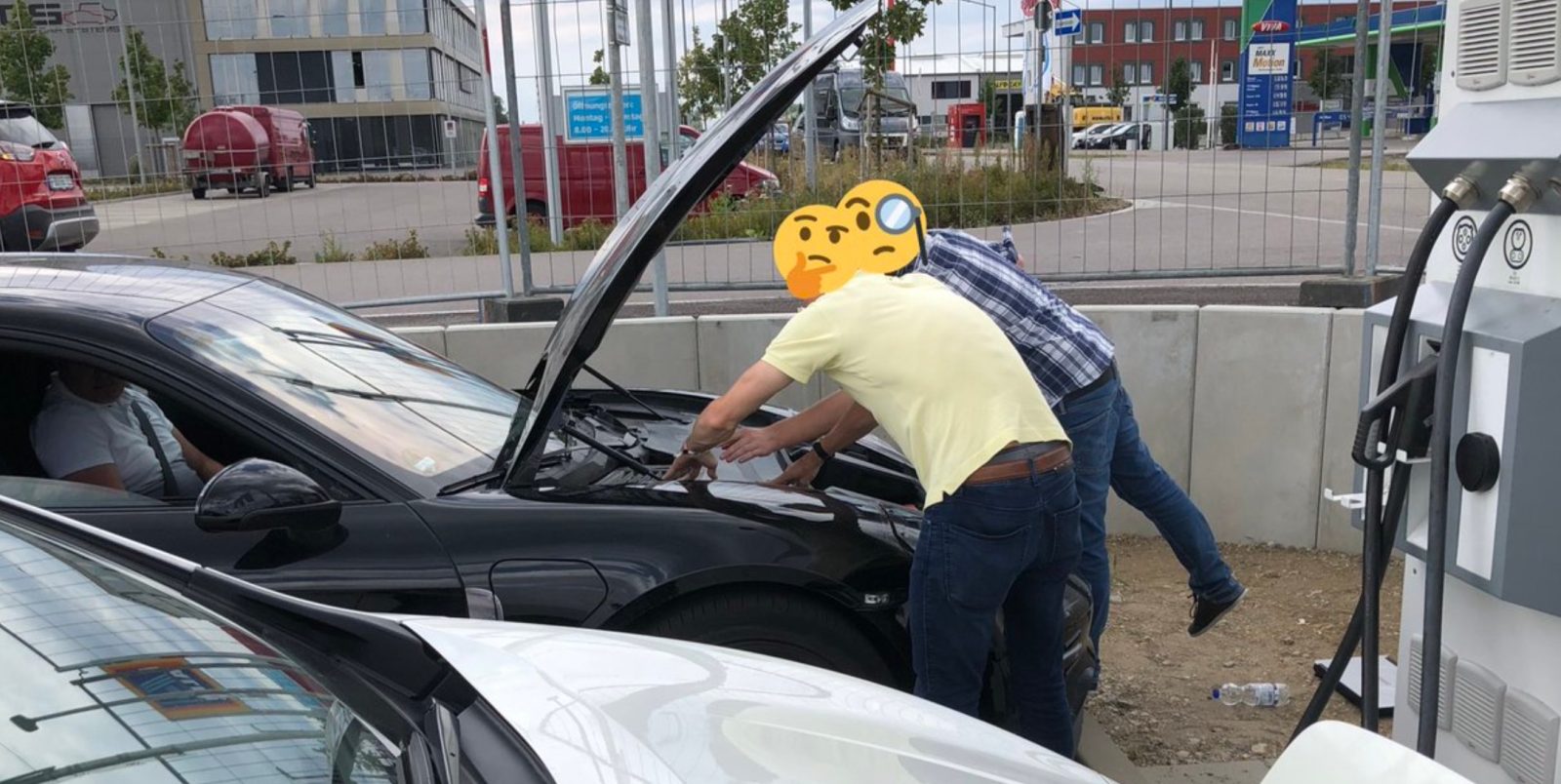 The Porsche Mission E, the German automaker’s first all-electric car, is now the Taycan, but we have never truly seen it yet.

We have seen the Mission E concept on which the production version will be based and a few camouflaged test mules.

Now, someone managed to get very close to one of those Porsche Taycan electric test mules – giving us our best look at the prototype yet.

Even though the Taycan is still a year away from production, the German automaker has been sharing a lot of information ahead of the launch lately.

Now the automaker is putting the powertrain through “millions of kilometers” of tests.

In order to get some mileage on public roads, Porsche is hiding the vehicle in highly camouflaged test mules.

The vehicles even have some fake exhaust pipes, which are, of course, useless with an all-electric powertrain.

Twitter user @ ZoePioneer spotted one of those test mules in Friedberg, Germany and even got a glimpse at the car’s front trunk as Porsche engineers worked on the car:

The test mule was using a CCS charging station and charging is expected to be a key feature for the Taycan because it aims to be the first vehicle working with a 800-volt system capable of charging at up to 350 kW.

Jana also filmed the car driving away. It is worth watching with the sound on. As she points out, it would be great if all Porsche cars would sound like that:

That’s a quiet powertrain that can generate a combined power output of over 600 hp (440 kW) between two electric motors.

As for the battery pack, they are aiming for it to enable “over 500 kilometers” (310 miles) of range on a single charge.

Porsche is working to bring the vehicle to production in ‘late 2019’ and we expect to see the production version at some point between now and then.