Tesla is pushing back Model 3 delivery windows on new orders

After an email campaign to get people to configure the Model 3, Tesla is now pushing back delivery windows on new orders for the Performance version and the rear-wheel-drive version of the new electric vehicle.

Last month, Tesla updated the Model 3 options and pricing after opening orders to anyone in North America.

Two weeks ago, Tesla cut those delivery windows down to just 1-3 months for the Performance version and the rear-wheel-drive Long Range battery pack version, according to a new update on their website.

Now the company has updated its online design studio and Model 3 page with 2-4 months delivery windows for all versions of the vehicle: 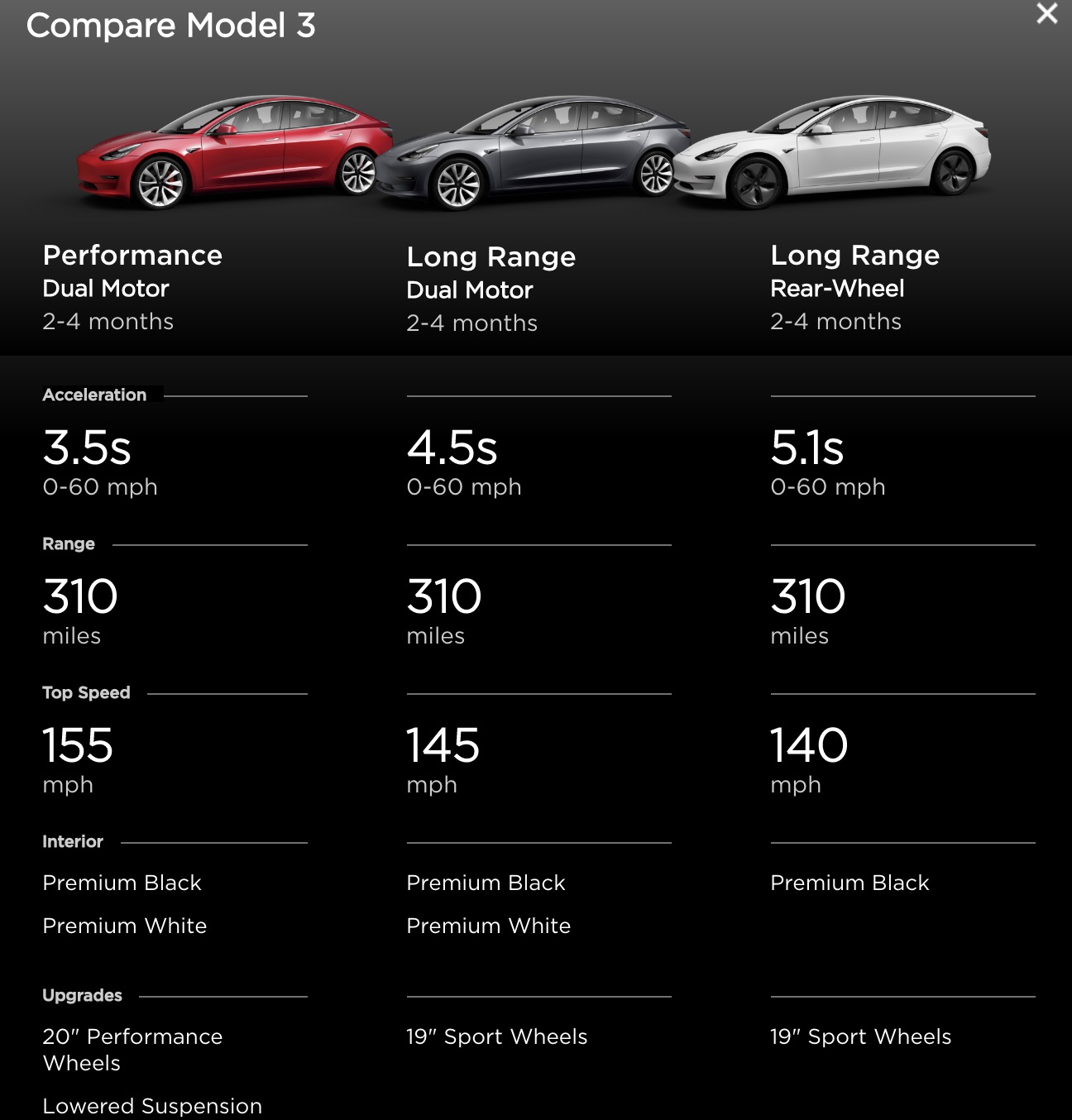 The change comes a day after Tesla sent out an email campaign to get people to order the Model 3 and introduce the white interior in the Dual Motor non-performance version.

The automaker wrote in the email to customers:

You can design and order any Model 3 today for delivery in as soon as 1‑3 months.”

Tesla is not listing the standard battery pack option because it’s not yet available to order, but it is still listed at 6-9 months in the online design studio.

Now let’s speculate as to why Tesla is increasing the delay in deliveries of new orders.

The way I see it, Tesla is still experimenting on what demand lever to pull to maintain an order rate that matches the recently increased production rate.

For example, Elon Musk said that Tesla had over 7,000 new orders (5,000 Model 3’s and 2,000 S/X) in a single week earlier this month. That was after we believed Tesla received a significant batch of new orders following the launch of the Model 3 Performance.

To be fair, I could be wrong and Tesla could have issues maintaining its current production rate, which would also result in a delay in deliveries for new orders.

That said, Tesla has also accelerated deliveries of vehicles already on orders, which makes a production issue resulting in the delay less likely in my opinion.

Tesla actually warned earlier this month that it believes the new order rate would soon exceed the production rate. I think that might be the result of this happening.

What do you guys think? Let us know in the comment section below.