Just a few weeks after updating the delivery timelines of all Model 3 versions available to order, Tesla is updating them again to accelerate deliveries for new orders.

Some Model 3 buyers could even get their car in a month.

Just over two weeks ago, Tesla updated the Model 3 options and pricing.

This week, Tesla cut those delivery windows down to just 1-3 months for the Performance version and the rear-wheel-drive Long Range battery pack version, according to a new update on their website: 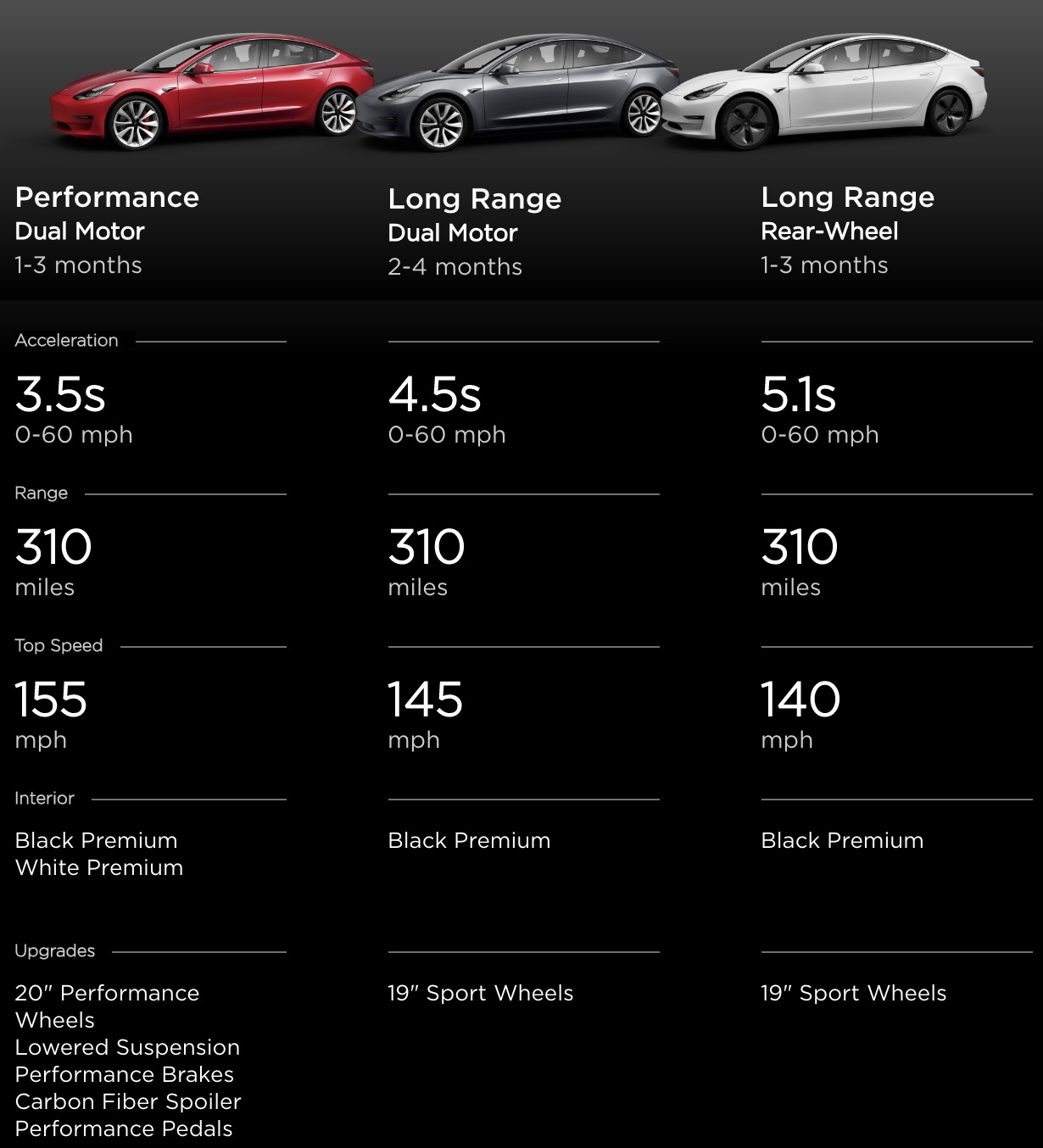 The Long Range Dual Motor version also saw its delivery window decrease from 3-5 months to 2-4 months, but it remains the option with the longest delivery timeline.

Tesla is not listing the standard battery pack option because it’s not yet available to order, but it is still listed at 6-9 months in the online design studio.

As we have been reporting recently, Tesla is rapidly moving away from its ‘anti-selling’ of the Model 3 with now sales commission for its staff when selling the Performance version and moving away from the reservation process.

Now both the Performance version and the rear-wheel-drive Long Range battery pack version have both the most aggressive timeline.

The Performance version seems to be the one Tesla is pushing with those latest initiatives, including sending out a fleet of Performance Model 3 test drives vehicles, which is apparently currently in transit to stores across North America, but Tesla has reached production of 5,000 units per week with the rear-wheel-drive Long Range battery pack version alone.

The new accelerated timelines come after CEO Elon Musk said Tesla will be out of ‘production hell’ in a month as they ramp up to 6,000 Model 3s per week by next month.