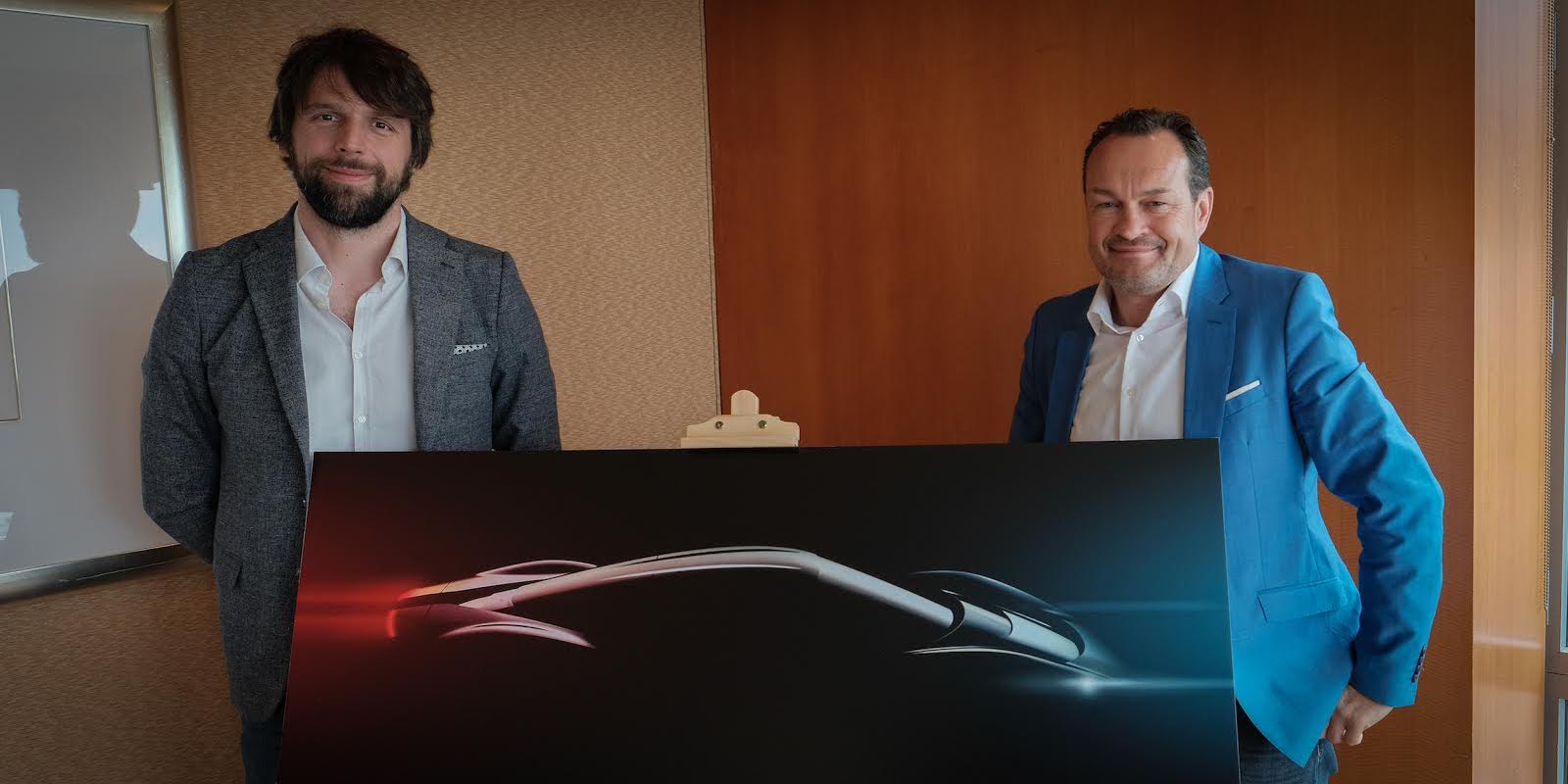 There aren’t many automobile companies with a stronger design heritage which has transformed the automobile industry decade after decade than the Italian Automobili Pininfarina.

The company behind classic designs from makes such as Ferrari, Alfa Romeo, Peugeot, Fiat, GM, Lancia, and Maserati, was acquired by the Indian Mahindra Group in a deal worth about €168 million in 2015. Since then, it has been on a mission to define itself in the era of electrification. Next year, that will culminate in what is currently codenamed the PF0 Hypercar. After looking at early teasers below, it feels safe to say Pininfarina won’t betray its design heritage even if its EV specs don’t destroy Rimac or Tesla’s Roadster…

We had some time today ahead of the Formula E finale in Brooklyn to talk to Design Director Luca Borgogno and CEO Michael Perschke (pictured above) about the new “hyper car”.

Details weren’t exactly forthcoming but it has an impressive set of specs that are pretty similar to Tesla’s upcoming Roadster. Sub 2 second 0-60. 250mph top speed. Unfortunately it will have about half the range of the 600+ mile Roadster (310 miles).

For EV gurus, it will have a similar 350kW CCS combo charging system as the Porsche Mission E/Taycan which should allow it to charge to 80% in under 20 minutes. That is something that Tesla has yet to match, though its V3 Superchargers are due later this year and its Semi charges at around 1MW.

Speaking of Mega, the 1.2-1.4 MEGAWATTS of power will come from 2 separate motors that drive all four wheels. Early reports of the vehicle had noted that fuel cells would be part of the power train but there was no word today on any such monster.

Will there be one of these on every corner, fighting climate change? Heh, no. CEO Perschke says there will only be 50 of these made for the US and maybe 150 for the world and implied 7 figure price tag will probably keep it out of most garages. The bigger idea is to make a halo car for a series of lower priced but still premium vehicles that come down the road, which isn’t totally unlike Tesla’s original vision.

Nobody is going to argue with Pininfarina’s design chops and frankly it will be good to see some more gorgeous EVs on the road being halo cars for the whole industry.