Tesla released new data during its shareholder meeting today and claims that after the ramp up in Model 3 deliveries over the last month, the new electric vehicle is now the best-selling mid-sized premium sedan in the US.

Despite its limited availability due to production constraints, Tesla’s Model 3 already became the best selling electric vehicle in the US by a significant margin earlier this year.

Last month, Tesla claimed that Model 3 was about to become the best-selling mid-size premium sedan in the US – electric or not.

It was surprising considering Tesla is still having some issues with its production, but it has made enough improvements to start catching up with demand with its current configuration.

Now Tesla says that it has surpassed the Mercedes C-Class to take over the top position in the US as predicted last month: 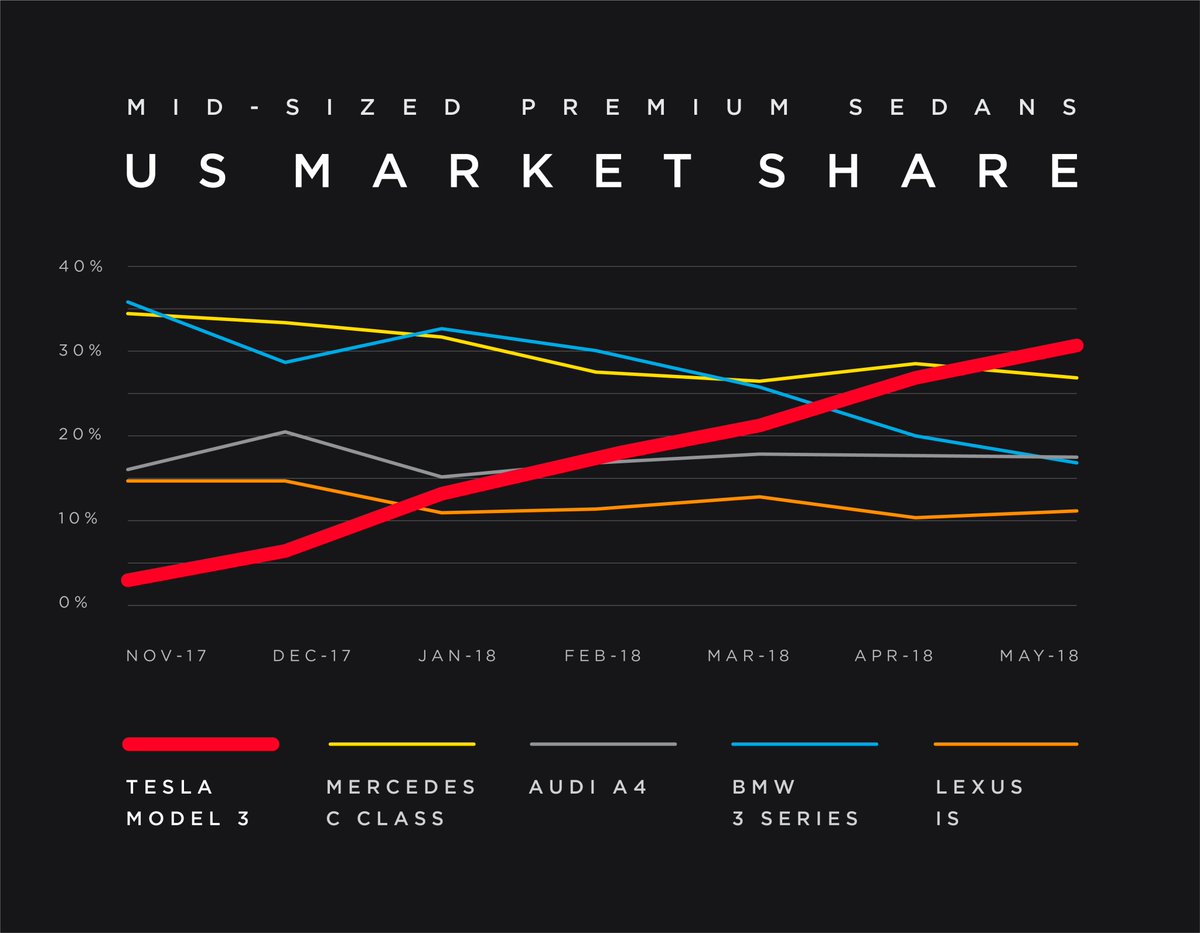 The Model 3 wasn’t expected to rise to the top so fast due to its limited options at the beginning and the difficult production ramp.

During the shareholder meeting, Musk also issued a small update on the Model 3 production.

He reiterated the production rate of 500 cars per day – something that we reported last month based on leaked emails from Musk to Tesla employees.

Musk added he is still confident about Tesla hitting its goal of 5,000 Model 3 vehicles per week by the end of the month (second quarter 2018).

A new production line was added two weeks ago and Musk said that it is already producing which will help Tesla grow past 5,000 vehicles per week.

The CEO also gave an update on the production of the all-wheel-drive and performance version of the Model 3.

He said that production is slowly starting this month and it will ramp up over the next few months. He is confident that volume production will be achieved by September.