Electric flight just had a major setback after a tragic fatal accident last week in Hungary.

One of the few all-electric airplane prototypes in operation today, Siemens and Magnus’ eFusion, crashed near Budapest during a test flight last week – killing both the pilot and a passenger.

We first reported on Siemens’s electric flight effort after the first version of the electric plane set new records for a top speed of 340 km/h (211 mph) and for the first electric aerotow last year.

The aircraft was used near a Magnus facility outside Budapest when the accident happened.

Magnus said in a statement about the accident:

“On 31 May 2018, a Magnus eFusion experimental aircraft took off at 10.10 a.m., and while completing its test flight – due to yet unknown reasons and circumstances – crashed into the corn field between the settlements Pogány and Szalánta. As a consequence of this, both the pilot and the passenger of the aircraft lost their lives.”

The company said that it will comment more following an investigation, but some eyewitnesses already gave an account what happened.

“Witnesses reported seeing the aircraft maneuvering at low altitude before catching fire and crashing in a near vertical dive. The impact in a corn field approximately a mile from the Pecs-Pogany Airport (LHPP) caused a fire. “The electric aircraft took off at 10:00 a.m. (0800 GMT), went on two laps [around the pattern] and then crashed for unknown reasons,” county police spokesman Dejan Popovics told the Hungarian news agency MTI.”

Here a picture of the crash site:

The motor installed in the prototype last year had a power output of 260 kW and a weight of just 50 kg (110 lbs). It was also equipped with a bunch of li-ion battery modules in the front of the aircraft: 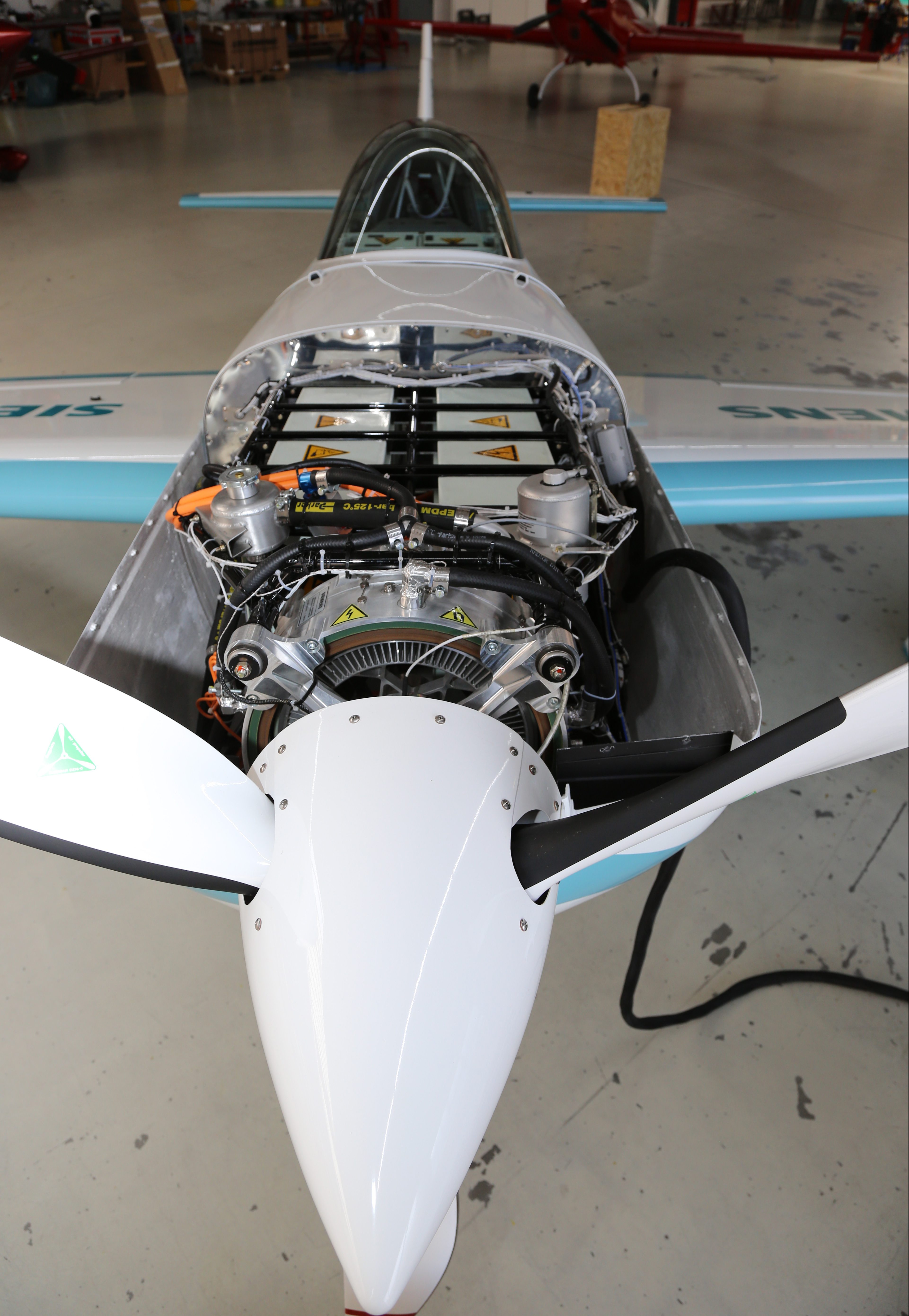 It’s a tragic accident for the family and the community, but also an important setback for electric flight in general since it was one of the rare major electric aircraft programs.

If the plane indeed caught on fire in the air, the batteries will certainly be a major suspect in the investigation.

Battery fires are already a major concern for fuel-powered aircraft and it was anticipated that electric airplanes would face an uphill battle in being accepted because of that.

With this said, I think it’s fair to point out that electric or not, this was an aerobatic aircraft and aerobatic flying can be dangerous. Fatal crashes are not exactly frequent, but they are not rare either.

Hopefully, they can quickly find the root cause and address the problem.

We have also reported on a few other electric aircraft programs currently underway.

Airbus has been developing its own electric plane prototype called the E-Fan concept, which became the first electric plane to fly across the English Channel in 2015. Airbus is also working with Rolls-Royce and Siemens to build an electric airplane and we recently reported on an all-electric trainer plane starting to gain popularity.