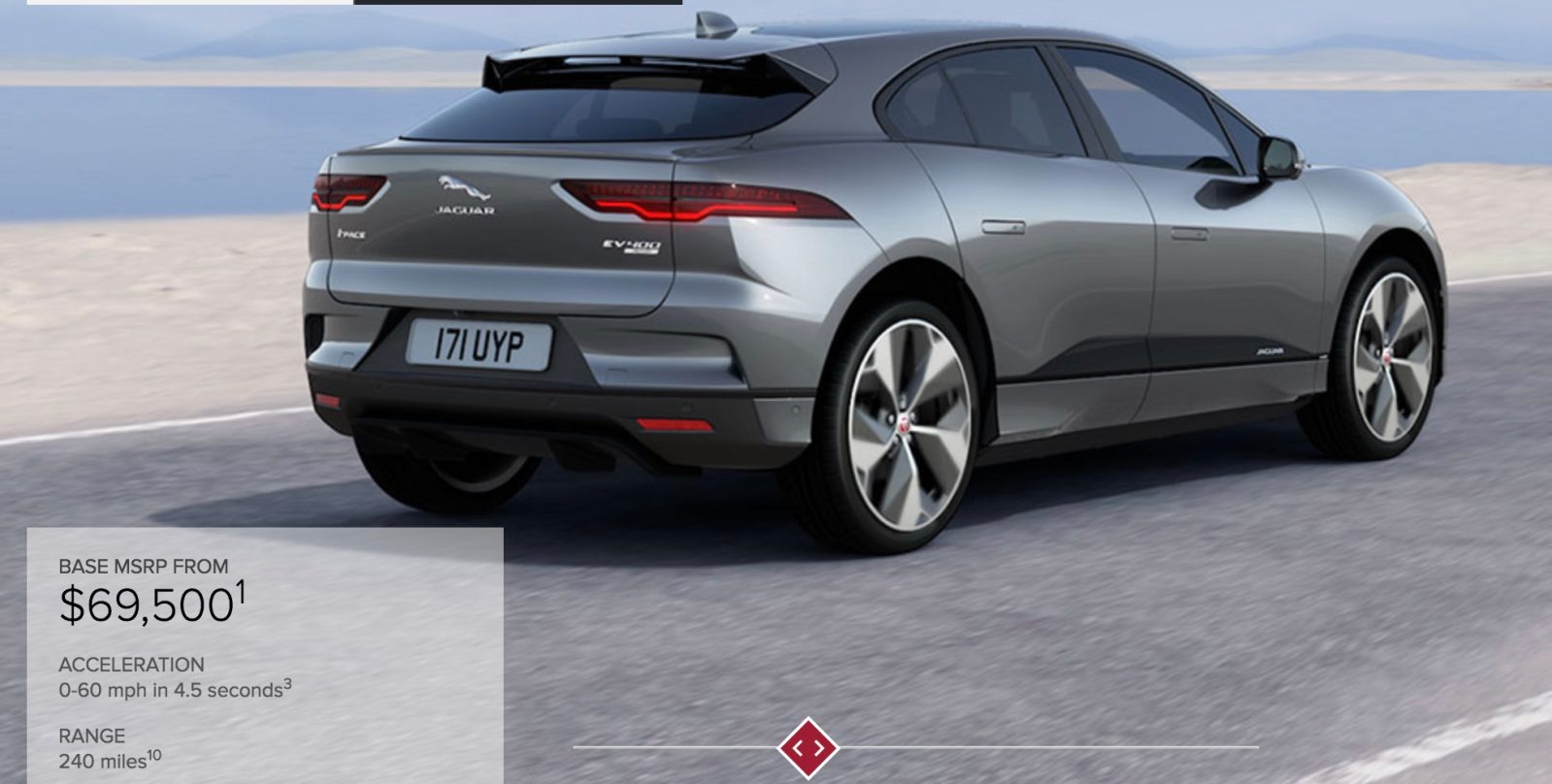 Here’s an avalanche of early I-PACE reviews from mostly European publications. Electrek has been cordially invited along with a few other US publications to beautiful Portugal on Jaguar’s dime to review the I-PACE next week. So it’s a little bittersweet that we aren’t able to give you our opinion of the new EV yet, but here are some observations on the I-PACE going into our review based on these early look videos below…

Overall, the reviews appear to be very good which is a great sign for electrics in general. Though I’m hearing the rumblings of “it doesn’t have a soul” in a few of these from ICE focused publications because there aren’t dino juice explosions.

The vehicle is unsurprisingly attracting a lot of comparisons with Tesla, but that’s understandable considering the current state of the EV market.

We are quite excited about the I-PACE here at Electrek and want all EVs to succeed. Indeed even CEO Elon Musk and Tesla’s mission is to advance sustainable transport and Tesla can’t do it alone. We should applaud Jaguar for getting what feels like an extremely compelling vehicle out the door.

That said, there are some concerns I have about the I-PACE. Number one among them is the charging network which isn’t even close to Tesla in the US or anywhere else currently.  Most CCS chargers in the US are 50kW or less, are unreliable solo stations (meaning you’ll have to wait if someone else is ahead of you) and rely on different charger payment networks. The I-PACE can charge at 100kW however, so future networks could certainly be competitive with Tesla’s current 120kW and likely higher v3 Superchargers.

I love the styling of the I-PACE. Congrats to Jaguar for not going for the “Look at me I’m an electric weirdmobile freakshow…why doesn’t anyone want me?” (ahem BMW i3). I’m looking forward to checking out the interior which I think will contrast nicely with Tesla’s spartan motif. This car size-wise is significantly smaller than the Model X which should provide differentiation – at least until the Model Y is released. Does it tow? It should with its AWD and 500+lbs of torque.

Like most EVs, the I-PACE is going to be heavier than its ICE counterparts and it will be interesting to see how that translates to the road. I’m most interested in how this thing works day-to-day.

Our review, which should be up in a series of posts next week, will be from the point of view of an EV owner and specifically a Chevy Bolt EV/Tesla Model X/ Tesla Model 3 owner so it will hopefully give a  different perspective than the ones below for our audience. With that in mind, in no particular order…