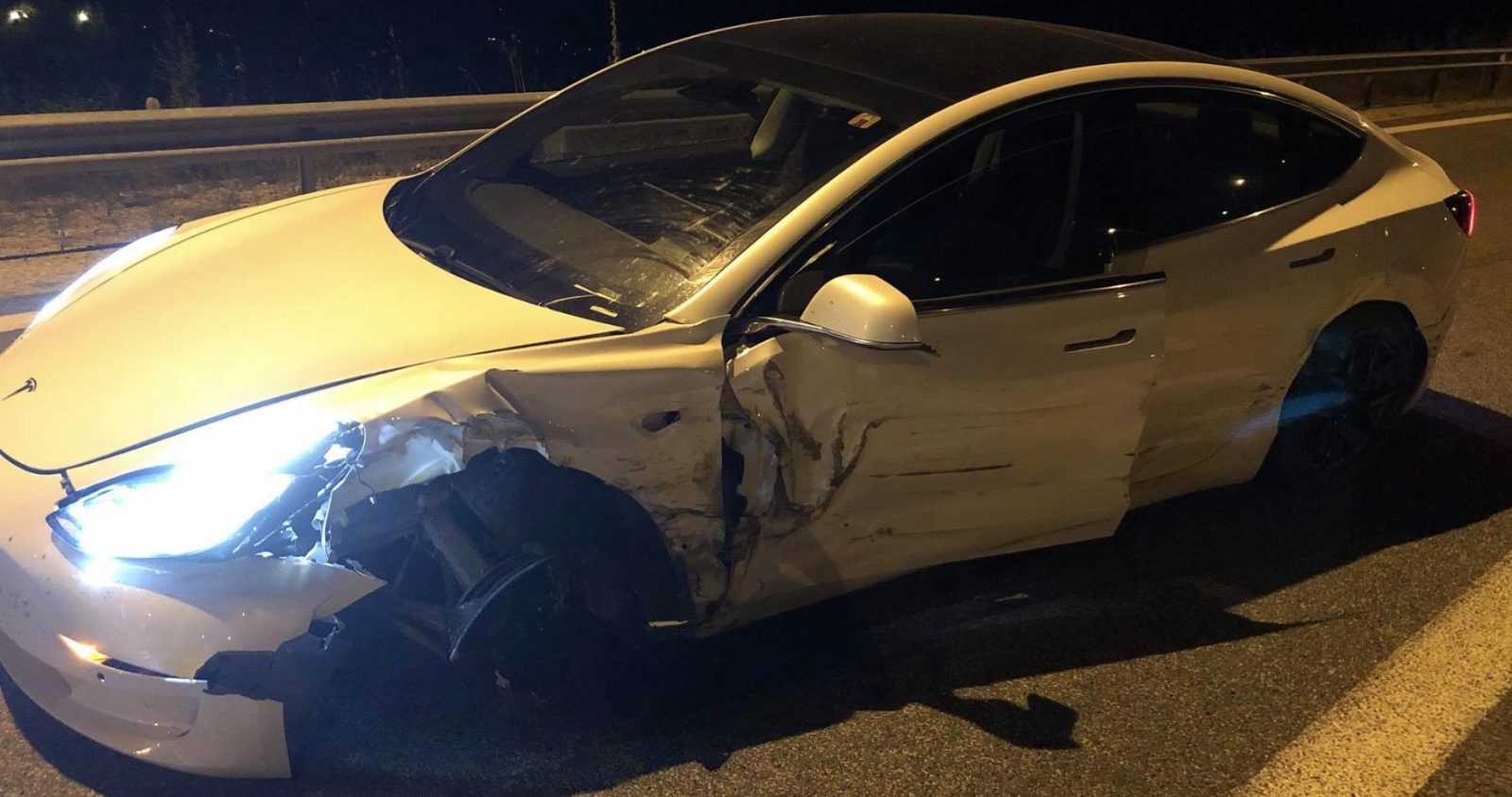 The Tesla Model 3 unofficial road trip in Europe has ended with a crash in Greece.

The driver, who was unharmed during the crash, is blaming Autopilot for veering into the median by itself.

You You Xue, an early Tesla Model 3 owner, created the project to tour North America and Europe and show the new electric vehicle to the many reservation holders.

We caught up with You You in Quebec during the North American tour.

Later, he shipped his Model 3 to the UK to recreate the experience in Europe – something that Tesla tried to discourage him to do since the Model 3 hasn’t yet been homologated in Europe and it is not compatible with local charging standard nor does it have an internet connection.

You You decided to go through with the trip nonetheless and it went well for a while until today.

He posted those pictures on his Facebook page and confirmed that the trip was over:

He commented about the circumstance around the crash:

“Vehicle was engaged on Autopilot at 120 km/h. Car suddenly veered right without warning and crashed into the centre median (edit: divider at the exit fork). Both wheels (edit: one wheel) completely shattered, my door wouldn’t even open correctly. I’m unharmed.”

We contacted Tesla about You You’s claim that the crash was caused by the Autopilot veering off and we will update if we get an answer.

“While we appreciate You You Xue’s effort to spread the word about Model 3, he was informed that Tesla does not yet have a presence in Eastern Europe and that there is no connectivity or service available for vehicles there. In addition, Model 3 has not yet been approved and homologated for driving outside of the U.S. and Canada. Although we haven’t been able to retrieve any data from the vehicle given that the accident occurred in an unsupported area, Tesla has always been clear that the driver must remain responsible for the car at all times when using Autopilot. We’re sorry to hear that this accident occurred, and we’re glad You You is safe.”

“policeman responding on scene is a fan of the Model 3, go figure. I’m just stating the facts in my post. My insurance is third-party only, which means I will receive no compensation for this collision. I am now calling a tow truck driver who will tow the car to Thessaloniki as it is not drivable. I will make further plans, most likely to repatriate the car back to San Francisco from there. I’m trying to stay positive guys, I’m so lucky to have had this opportunity to represent the EV community and movement, and so unlucky to have had this happen to me after driving without an issue through 25 countries.”

When he says that it hits the median at an “exit fork”, the accident sounds reminiscent of the fatal Model X accident on Autopilot in Mountain View where it confused the median for a lane.

But in that case, Tesla showed that the driver had a lot of the time to take control.

While using Autopilot, the driver always needs to stay attentive and be ready to take control at all time.

As for You You’s accident, he makes it sounds like he had no time to respond as the car “suddenly veered”, but I have never seen Autopilot do that before.

I am not saying that You You is lying, but it is certainly a strange situation. Also, it looks like he was driving late at night and has been driving for days.

If it’s not a misuse of Autopilot and the system indeed “suddenly veered” into the median, then it might be the first example of Autopilot causing an accident, but I think we need to have the data logs before we get into that.

It might be difficult to get that if the vehicle wasn’t connected to the internet.

Update: I’ve now been in contact with You You who shared those two additional pictures saying that the car veered to the right 5 meter before the left side of the Model 3 hit the right side of the median on the first picture: