The original unofficial Tesla Model 3 road trip in North America gave thousands of reservation holders the opportunity to see the vehicle in person weeks or even months in advance.

Now, the Model 3 owner behind the effort is doing it again, but this time in Europe.

The Model 3 is not expected to officially arrive in Europe until the end of the year, but You You Xue, the man behind the project, is shipping his Model 3 to the UK, where he goes to school, and plans to set out on a European road trip with the vehicle.

The North American road trip was already a great adventure that offered its own set of challenges, like when we caught up with You You in Quebec in the middle of a harsh winter and he didn’t have any winter tires for his Model 3.

Another issue was the fact that Model 3 vehicles were only delivered in California at the time and Tesla’s service centers around the rest of the country couldn’t easily service the vehicle yet.

But that’s nothing compared to the complexity of a trip in Europe, where he will not only face the same challenges, but also the lack of compatible charging stations and onboard internet connection.

For those reasons, You You told Electrek that Tesla tried to discourage him from going on this trip, but he apparently liked the experience enough to try to replicate it in Europe and give local reservation holders and Tesla fans the opportunity to see the vehicle in person months in advance of the official European launch.

He is still working on his itinerary, but here are his planned stops in Europe so far: 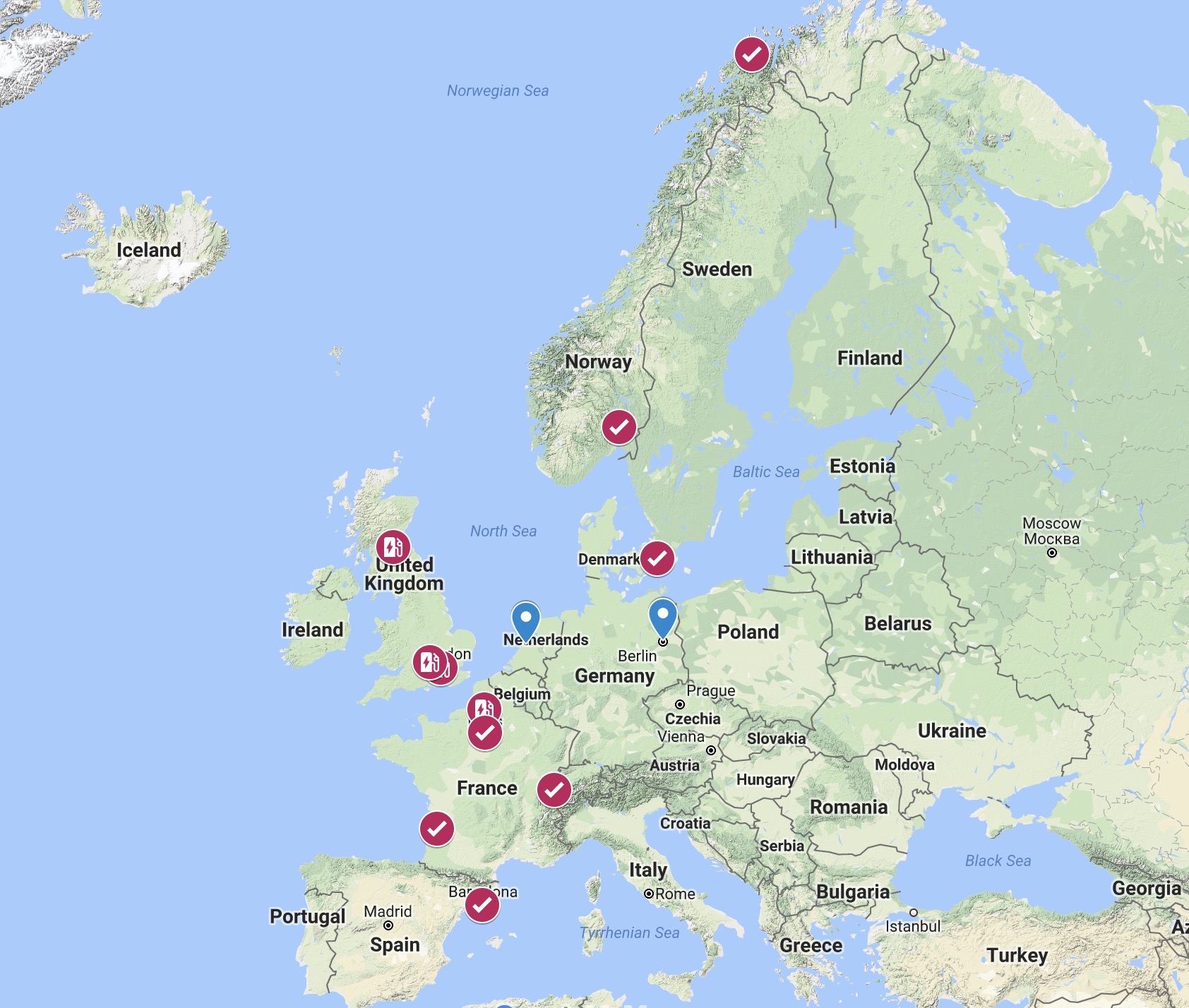 It appears significantly less ambitious than his North American road trip where he stopped at several dozen more locations and traveled over 20,000 km while giving 450 test drives, but he relied heavily on Tesla’s Supercharger network during that trip and he will not be able to do that in Europe.

Tesla uses its own proprietary charge connector in the US, which is the same connector found on You You’s Model 3, but the automaker uses the Type 2 standard in Europe.

He told Electrek that he found a makeshift Type 2 to Tesla charging adapter that should work with his Model 3 for level 2 stations up to 40-amp, but it doesn’t work with DC fast-charging stations, like Tesla’s Superchargers.

It means that You You will have to stop to charge for much longer periods of time throughout the trip – a problem that European spec-ed Model 3 vehicles will not have when the electric car will officially launch later this year, but it’s an issue for people who want to import the car from the US.

Nonetheless, he seems determined to give it a shot. Good luck You You. The ‘Tesla Model 3 Road Trip’ Facebook page seems to be the best place to follow the adventure.