If you needed any more proof that the level of interest for the Model 3 is through the roof, almost 100 people showed up in the freezing cold at 9:30pm in Montreal last Wednesday just to have a chance to get a glimpse of the all-electric car.

In order to get there, the vehicle traveled over 11,000 km (6,800 miles) starting from California about 2 weeks ago – likely making it the highest milage Model 3 outside of Tesla’s fleet or employee vehicles.

You You Xue, a longtime Tesla owner, was among the first to receive an invitation to configure his Model 3.

He decided to take the vehicle on a road trip around North America and arrange meetups all over the US and Canada to give Model 3 reservation holders the opportunity to see and even test drive the vehicle.

Tesla was originally talking about building a test drive fleet of Model 3 vehicles to send to its stores around the US for reservation holders to test drive before configuring their car.

The production delays have delayed those plans – making You You’s road trip the best shot for most people to see a Model 3 outside of California.

We caught up with him in Montreal and it’s fair to say that the response to the road trip blew away every expectation.

You You says that he already gave over 250 test drive in his car by the time he arrived at Montreal, which was his biggest turnout so far.

To give some context, the event was delayed several times from 5pm to 9:30pm and it changed location. Yet, close to 100 people showed up in the freezing cold, several of them waited for over an hour, just to see the Model 3.

You You, who arrived with Daniel Breton, the former environment minister of Quebec, was received to cheers and applauds like a rock star at the Montreal Supercharger station:

(Also thanks to all the Electrek readers who stopped by to say hello!)

At that point, he already had his presentation speech nailed down and within minutes the crowd was starting to explore the vehicle that many of them have been waiting to see for almost two years.

People also wanted to get You You’s opinion of the vehicle since he is likely the person who logged the most miles in a Model 3 outside of Tesla. 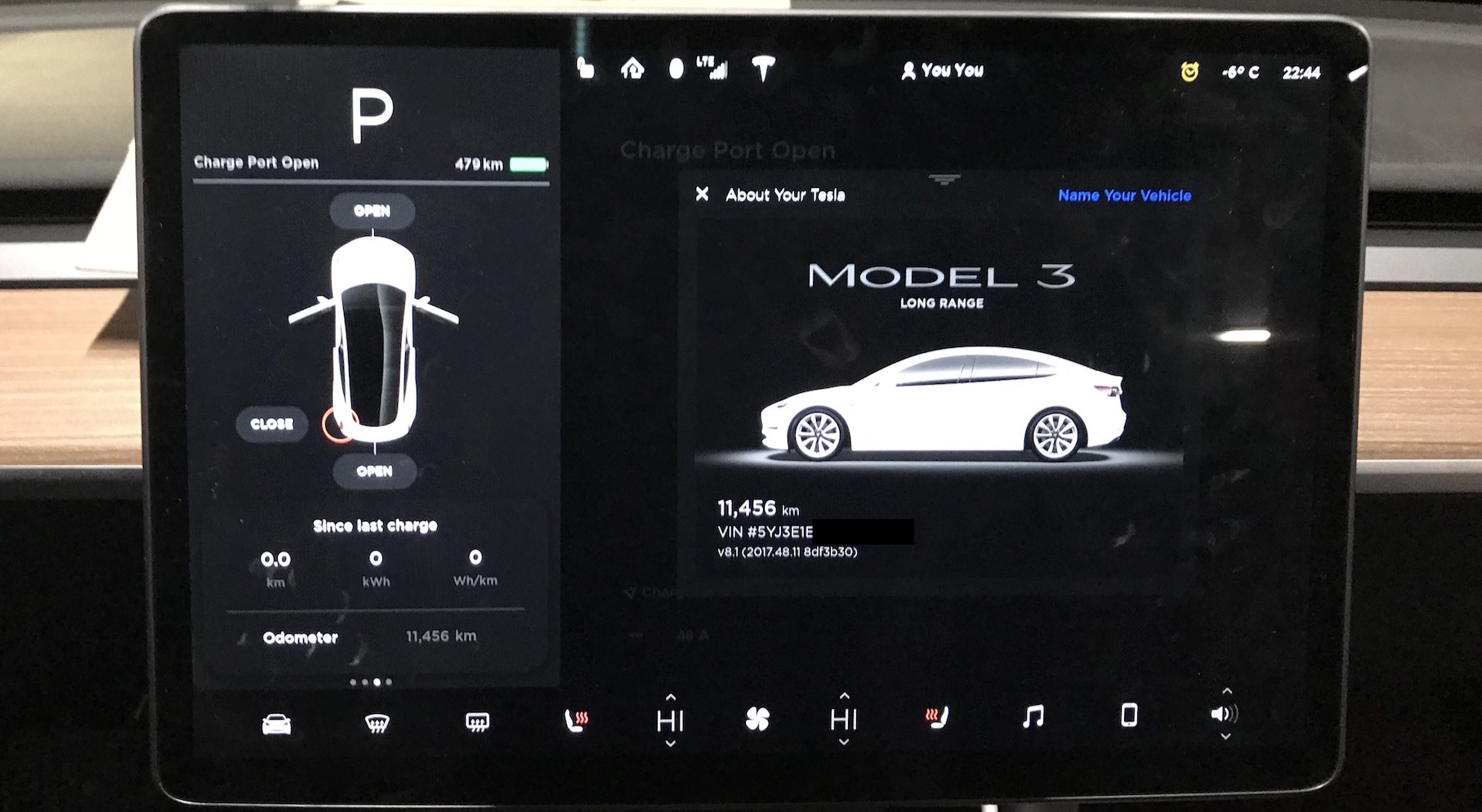 We talked briefly with him at the event and he said that he was impressed with the vehicle so far – calling it “a beast.” As a point of reference, You You also owns a Model S P85 and a Model S P100D, two performance versions of Tesla’s flagship sedan, so he is more than familiar with performance EV’s.

To be fair, he did have several issues with the Model 3, but they were mostly software related. We have often noted that the Model 3’s user interface was hardly complete as Tesla still works to adapt its applications to the Model 3’s new onboard computer and its horizontal center screen.

Tesla already started fixing some of those issues with over-the-air software updates, but there’s still a way to go.

In the first 11,000 km that You You logged in his Model 3, the only hardware issue that he encountered was a problem with the charge port, which is detected as opened even when it’s not. It requires him to open it manually.

He had the issue since delivery, but he set out on his road trip right away and no service center outside of California has the required parts or knowledge to fix the issue. Therefore, he has to deal with it until he gets back to the golden state.

You You is not only the Model 3 driver with the most accumulated mileage outside of Tesla, but he also had the opportunity to drive the Model 3 in the massively different environment from the clean Californian roads to the winter nightmare we have in Quebec right now.

At first, he had people worried when he reached Quebec and started complaining about winter driving performance on his Facebook page, where he is documenting his trip (a great read for anyone interested in the Model 3).

He complained that he was close to losing control every time regenerative braking would kick in, but the Model 3 was on all-season tires, which are basically worthless in the current road conditions we have in Quebec right now.

Once in Montreal, he got some new winter tires and it appeared to allievate his concerns for winter driving:

“New tyres, car handles unbelievably well. Traction control is still kicking in to assist but you can feel a new grip in the car. Don’t know why they call it all-season tyres, should be three-season tyres.”

He is also getting some good data on the effect of cold weather on efficiency:

Also note that efficiency is also affected by your driving style. More aggressive and faster drivers will see a drop in efficiency.

You You is now traveling south-west in Ontario and he will soon go back to the US on his way back to California. Here’s his itinerary up to Montreal on Wednesday: 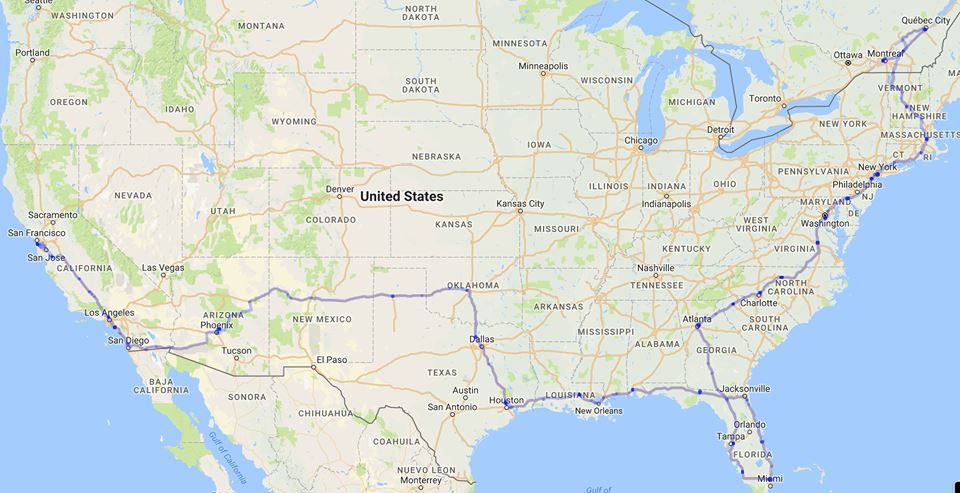 We expect that we could still learn a few things from his trip as he logs even more miles on his Model 3 and we are also likely going to get an interesting report with more data once he is done. Stay tuned.