During an informational session with Q&A today, Elon Musk released more details about the Boring Company’s plan for its network of tunnels under Los Angeles.

He envisions a “personalized mass transit” system that costs only $1 fare.

Most of the presentation reiterated things that the Boring Company already made public since announcing the plans for a network of tunnels under LA over a year ago, but they also revealed some new details.

Musk emphasized some differences between their plan and current mass transit systems, like subways.

The main difference is that they are planning to have many more stations to get in and out of the transit system, but those stations will be much smaller than a subway station in most cases.

By doing so, they claim that they will be able to offer more efficient transport closer to the passenger’s final destination without having to stop at many different stations, like a subway.

They also plan to eventually have many different levels and lanes of tunnels, which would make the entire network more similar to a highway system, but it will only enable the transport of the Boring Company’s autonomous and electric pods inside what they are calling a ‘Loop’. 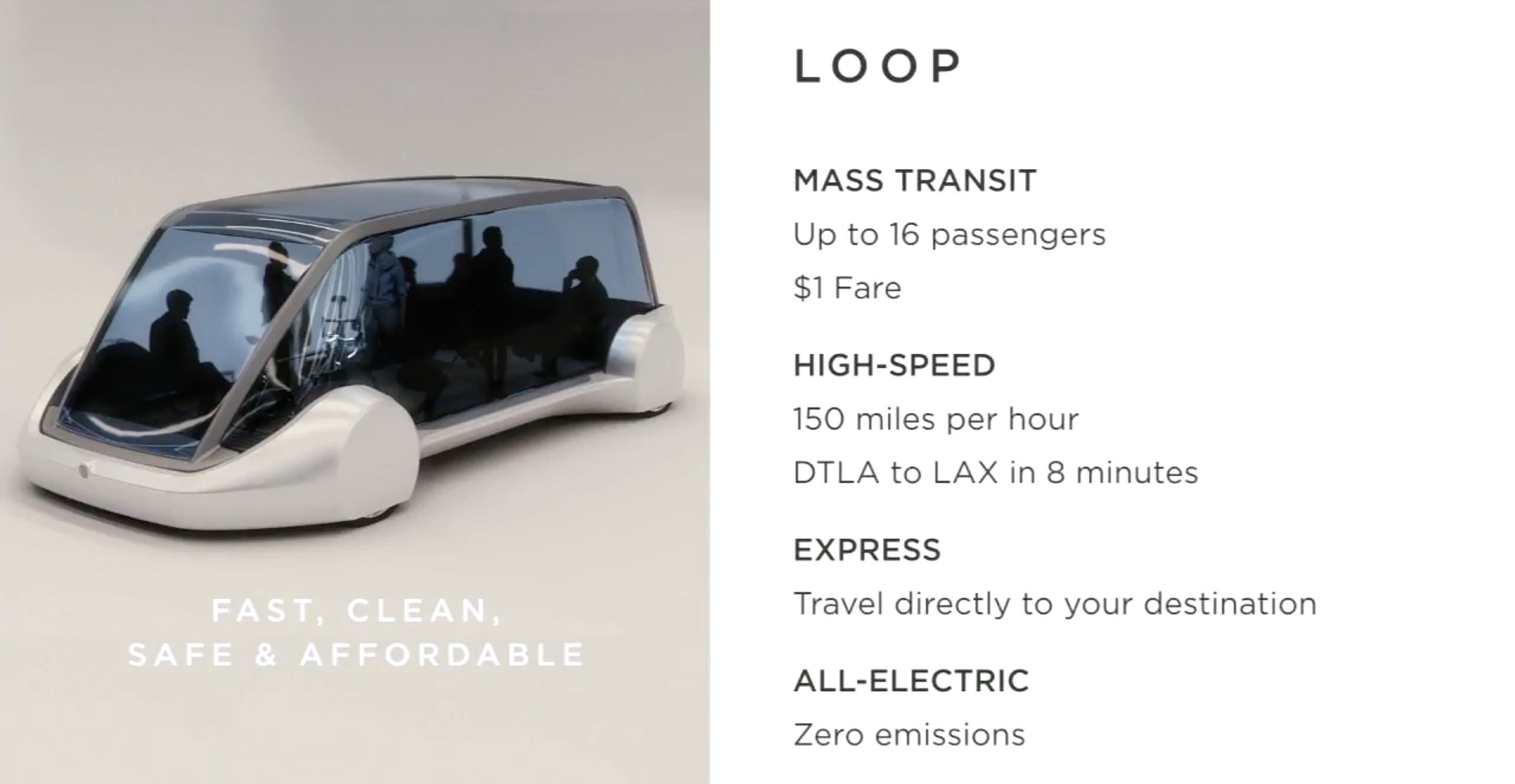 Musk also announced that they are planning to only be charging a $1 fare to travel on the system.

But the whole vision is dependent on them achieving a significant reduction in the actual cost of building tunnels.

The company did reveal a few of their efforts that they hope will lead to significant cost reductions. 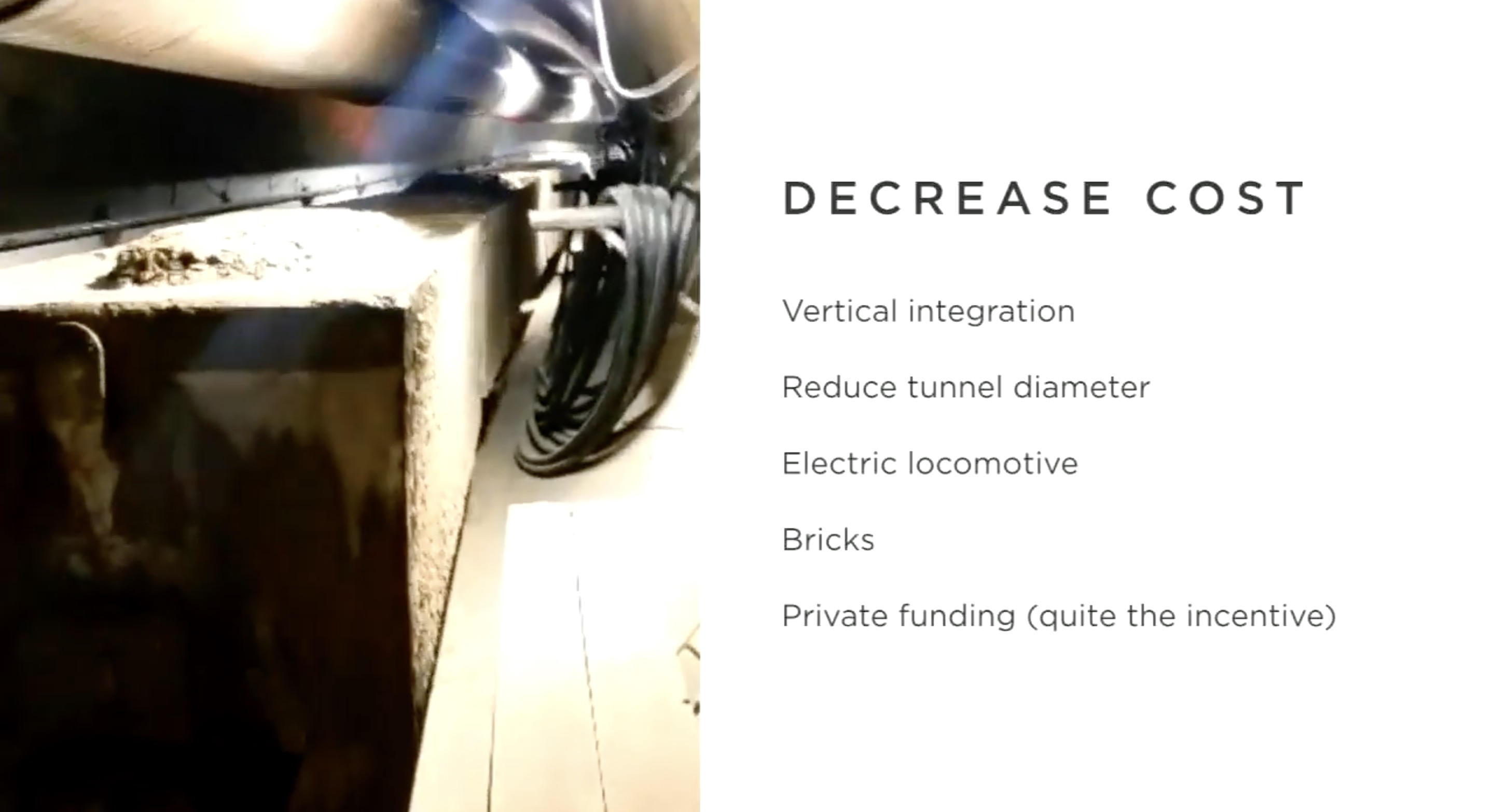 They plan to vertically integrate the whole process of boring a tunnel. For example, they are making their own concrete on site to build up the reinforcement walls at the same time as they are digging the tunnel.

It should allow them to continuously dig while also shortening the supply chain.

They also said that they converted a locomotive to work with two Tesla Model 3 electric motors and a battery pack, which they use to pull rock and dirt from the tunnels more efficiently.

As previously announced, they plan to use the dirt to make bricks to build houses and other structures, which again are made on site.

They released those images of the bricks made from the dirt of their current tunnel: 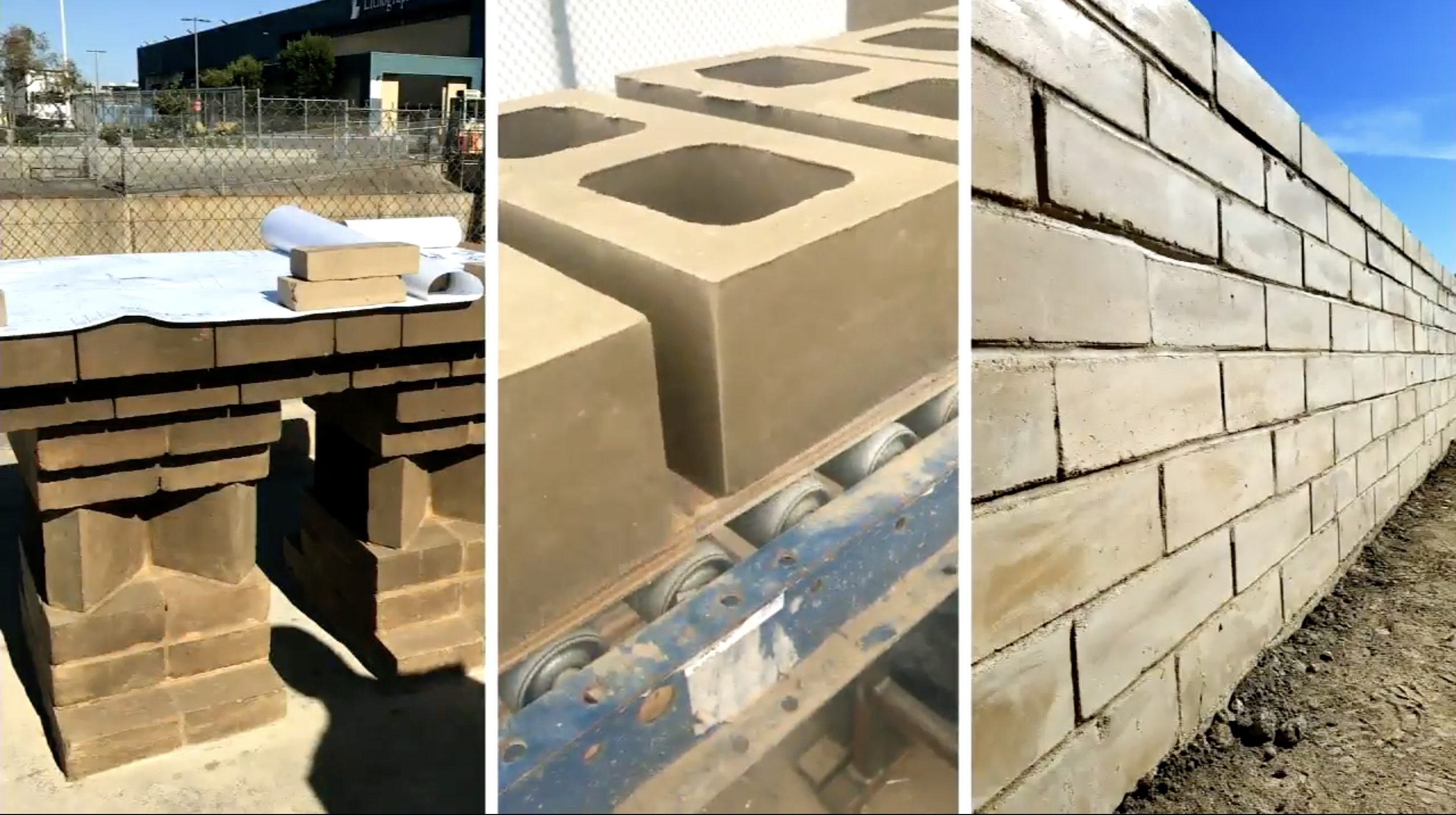 They estimate that the cost of moving the dirt can represent up to 15% of the total cost of a tunnel, which is why they want to turn the dirt into a product.

Another big factor to reduce cost is going to be increasing the speed of the boring machine.

As previously announced, they aim to bring it to the speed of a snail, like the company’s mascot Garry, which is able to move at the whopping speed of 0.03 mph.

They didn’t elaborate too much on how they plan to achieve that, but they did say that they are increasing the power of their current boring machine by a factor of 3 and they are making it all-electric and powered by Tesla battery packs.

A third boring machine completely developed by the startup is also in the works.

Musk said that most engineering challenges involved in delivering this project are mostly straightforward. He added that boring technology hasn’t seen much love from the engineering community for a long time and now, he put a team of rocket scientists and engineers from SpaceX on the task.

They are currently seeking feedback from the community for their new planned tunnel in West Los Angeles and they trying to alleviate any fear of surface disruption from digging, which they say will not happen because they are going deep enough.

This new Boring Company tunnel was announced last month and will serve as a new full proof-of-concept for the company.