Pro driver races for humanity’s honor vs. autonomous DevBot on the streets of Rome 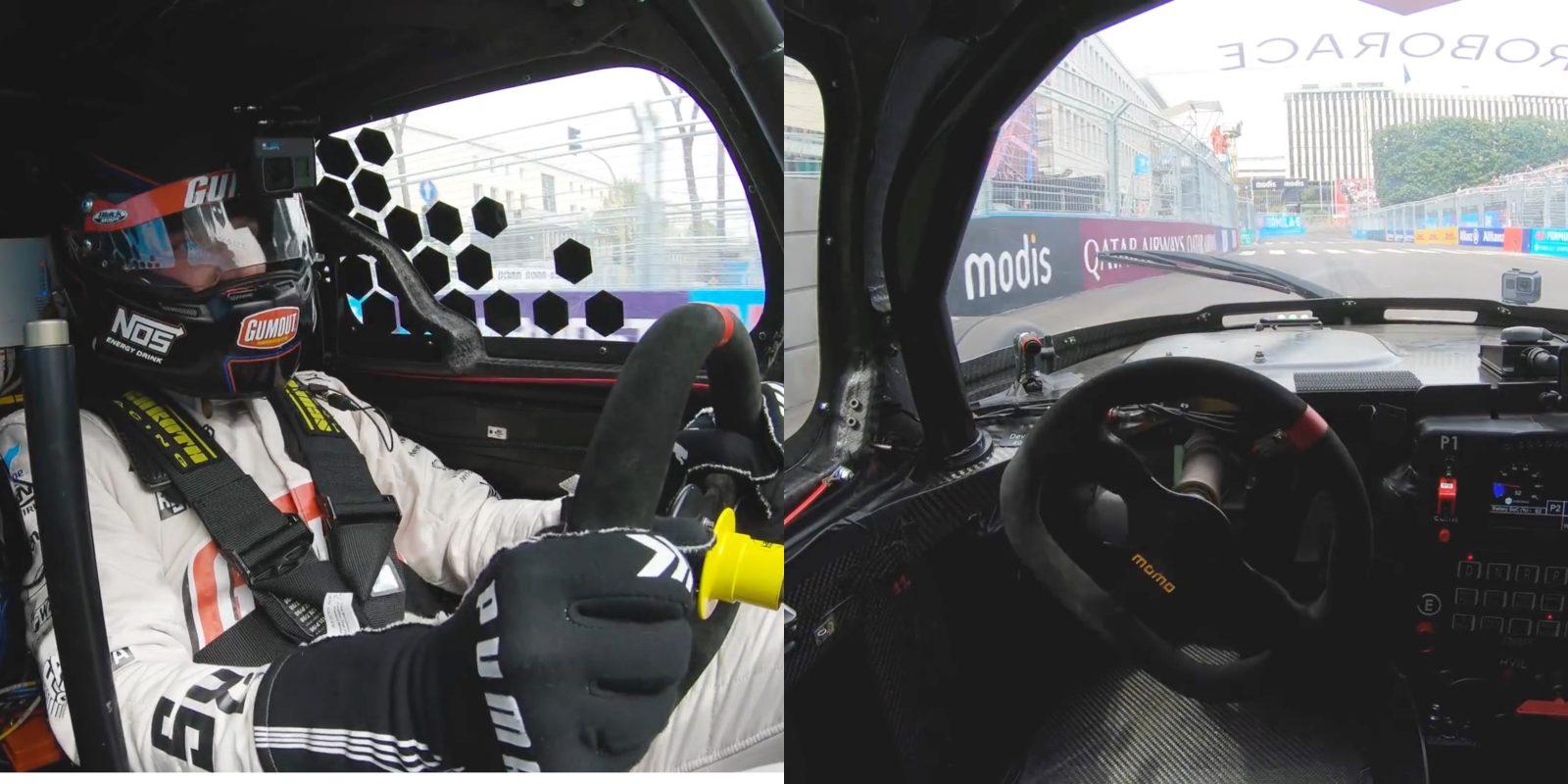 Roborace is an electric car racing series with a twist – there will be no drivers.  It’s planned as a support race for Formula E, the all-electric racing series, where teams will compete primarily through software – writing autonomous driving programs and seeing which algorithms can race the best.

So far, though, the series is just in development mode, so there is only one “team” developing software for their DevBot development car, trying to see if this is even feasible, and occasionally doing fun stunts, like pitting man vs. machine as they did at the recent Rome race, to get people ready for the series.

A similar stunt happened before, when Formula E’s pit lane reporter Nicki Shields challenged the robot in Hong Kong, and came out ahead.  But Shields, despite racing go karts early in life and understanding racing concepts through her work in the industry, isn’t a professional racing driver, whereas the driver from this head-to-head race, Ryan Tuerck, a professional drift driver, is.  Also, Devbot has had a few months of development since then, some time to refine its software, and Tuerck, despite being a drift pro, has not driven any electric car or “sports prototype” car before and doesn’t typically race for time on circuits.

Further, the lack of ~170lbs (77kg) worth of ballast in the driver’s seat would give the autonomous car a significant advantage, given that the car only weighs about ~2,200lbs (1,000kg).  While it may be that they compensated for this by adding ballast to the car to make the race “fair” (this is common practice in racing), the in-car footage shows DevBot’s vestigial seatbelts flapping around within the car while the robot zipped around the circuit all on its own, so it looks like DevBot may have benefitted from not having to carry around all that muscle and organs and other useless stuff.

So the autonomous car has some advantages still, but putting a professional racing driver in the cockpit should make a big difference.  Pro drivers are more accustomed to taking risks and living on the edge of a car’s grip in a way that amateur drivers are not.

That said, both drivers probably drove a little conservatively given that they didn’t want to wreck this important prototype machine.

And how did it go?  After a few practice laps, Tuerck managed to put in what he thought was a good lap, though a little conservative given the close walls of the Rome circuit.  He managed a 1:51.8, about 15 seconds slower than Formula E’s fastest lap around the same circuit (in the less powerful but lighter Formula E car).

The autonomous car, however, must have been having a bad day.  It finished with the fairly dismal time of 2:18.4, which is 24% slower than Tuerck’s time.  The last two times a similar stunt happened, the DevBot finished “within 8% of a skilled human driver” in Berlin and within 8.5% of an amateur driver in the aforementioned Hong Kong challenge.

So, once again, we humans have managed to hold off our robot overlords for the time being.  Hooray, us!

Roborace is not going to sit on this result long, though.  Denis Sverdlov, founder of the series, claims that the DevBot will be able to beat human drivers by the end of this year.  This is quite the pronouncement given that, over the last 3 benchmarks we’ve been given, DevBot’s progress doesn’t seem particularly rapid.

However, like in the case of Tesla’s Autopilot system, improvements in artificial intelligence have a tendency to come in fits and starts, with slow changes until all of a sudden you start seeing exponential growth in capabilities.  Where that exponential growth starts coming in is hard to predict, and if Roborace’s timelines are anything like Tesla’s, they’ll probably be pushed back.

That said, even if it takes a while for these autonomous cars to race as well as humans around a track, it’s still interesting, perhaps unsettling, to see an empty car zipping by the grandstands at 105mph (170kph), as pointed out by DevBot’s lead engineer Rowan Read in the video below.