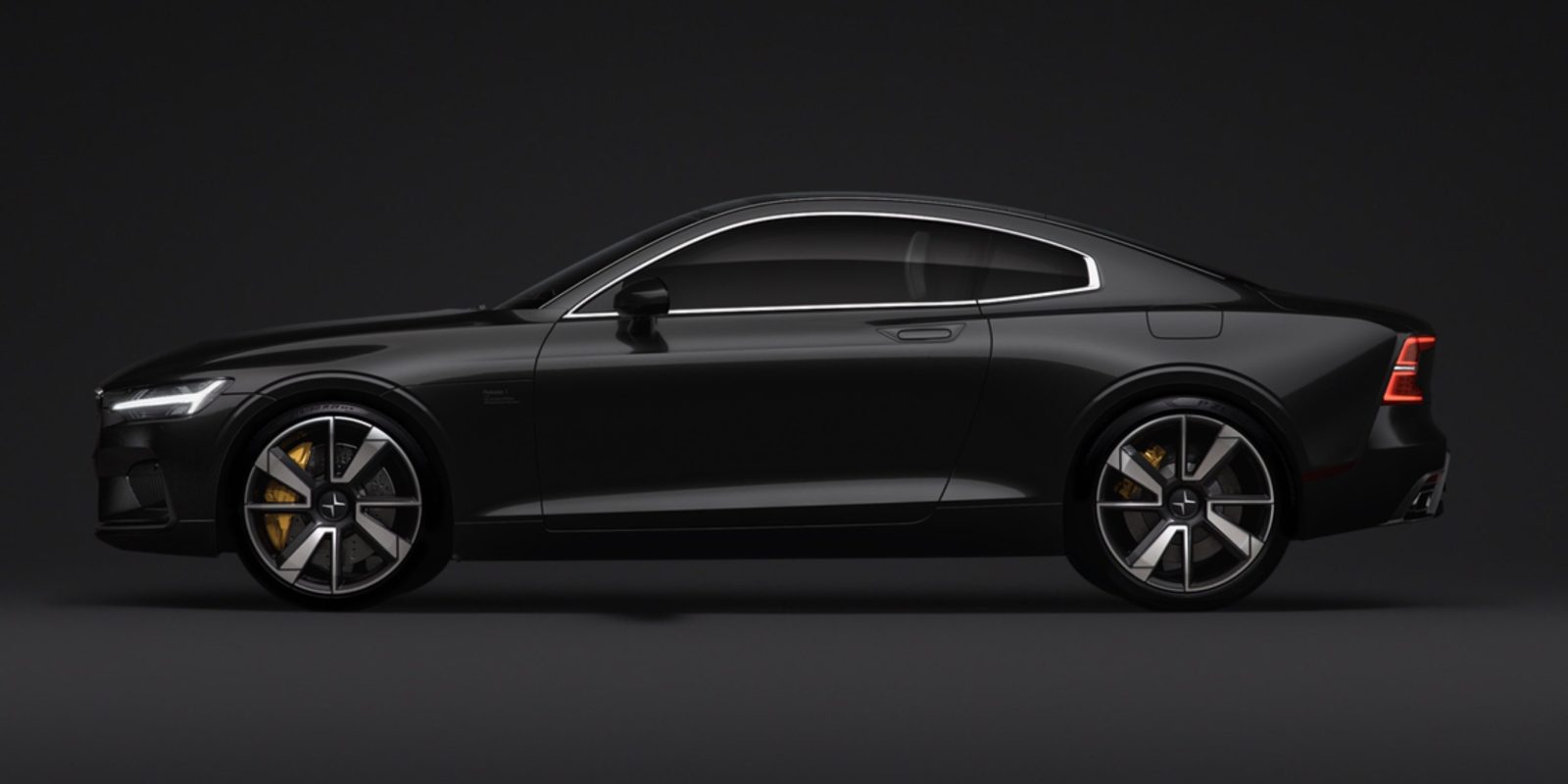 Volvo’s recently unveiled Polestar 1 plug-in hybrid just got one step closer to reality, as they started taking pre-orders today and posted an online configurator allowing interested customers to check out the various color and wheel options available on the car.

We don’t yet know much about the buying process, as Volvo recently said cars from the Polestar brand would primarily be available as a “subscription service” (similar to a lease).  When pressed, Volvo stated that the Polestar 1 would target a price of “130-150,000 Euros” ($160k-$185k).

The configurator is currently “invite-only.”  Interested customers need to submit an “application” which consists of name, email address, phone number and location to confirm your interest in the car.  Once going through these steps, you’ll find a configurator with…not many options.

As of now, cosmetic options are the only things available.  There are 5 color options, 3 wheel options, and 2 interior options (black or grey seats).  Here are screenshots of the color options, which show a certain amount of, let’s say, “Scandinavian restraint”:

And the wheel options:

The page does state that “additional options might be offered at a later stage.”  Considering the current options are rather limited, more options would certainly be welcome.

The other specs of the car are all standard – 600hp combined from the gas + electric motors, 1000Nm of torque, 34kWh battery pack which is good for 150km/93mi (NEDC, so likely more like 70-some miles on EPA testing).  The body will be made of a combination of steel and CFRP (the latter probably contributing to the car’s high sticker price), and the body style is a 2+2 coupe which is 180″ L x 53″ H x 81″ W in size – pretty similar to other sports coupes.

Volvo, after being bought by Chinese automaker Geely, resurrected their Polestar brand with the intent to make performance electric vehicles.  After their surprise unveiling of the Polestar 1 plug-in hybrid, the first car of this new effort to take the Polestar moniker, they promised that future cars in the brand would be all-electric.  The not-yet-unveiled Polestar 2 was originally planned to be a “Model 3 competitor,” but later Volvo updated their plans and stated that they intend the Polestar 2 to start around ~$50,000, putting it in somewhat of a different category than the Model 3.

So Volvo’s first steps into electric drive have been a little strange, and too hesitant.  First claiming that you’re going to be an all-electric brand, then announcing a plug-in hybrid (though it at least has a large battery), then promising further budget electric models despite your first entry being very expensive (the Model S, at least, started off at ~60k before ballooning in price), then announcing that those budget models won’t actually be as budget as they originally claimed, and will be available 3 years after the car they’re meant to compete against.

I would have preferred to see them burst onto the scene with a serious “world-beating” effort like they claimed they would provide, but I guess we’ll have to wait for that.

At least they’re taking steps – and now they’re taking orders, which is more than a lot of other manufacturers, who have only shown us concept cars so far, can say.  We look forward to seeing what they have in store when they finally go all-electric.