Elon Musk announced a shift for his latest startup, the Boring Company. They will focus on hyperloop and tunnels built for pedestrians and cyclists instead of cars.

Originally, the idea behind the Boring Company was to create networks of tunnels in which cars would park on electric sleds to be propelled at high-speed to their destination inside the tunnels.

Later, the idea was updated to also include hyperloop, a similar transportation system that also includes a pump system to reduce the pressure inside the tunnels in order for the sled, or more likely ‘pods’, to travel at even faster speeds.

Musk now specifies that the Boring Company will focus on offering transit service to pedestrians and cyclists.

He says it is a matter of “courtesy and fairness”:

Will still transport cars, but only after all personalized mass transit needs are met. It’s a matter of courtesy & fairness. If someone can’t afford a car, they should go first.

It’s a change from the original vision unveiled last year in a video of the transit system inside the envisioned tunnel network.

In the video, it appeared to focus more on cars being transported on the “electric sleds”, but it also featured a separate electric vehicle concept for passengers. 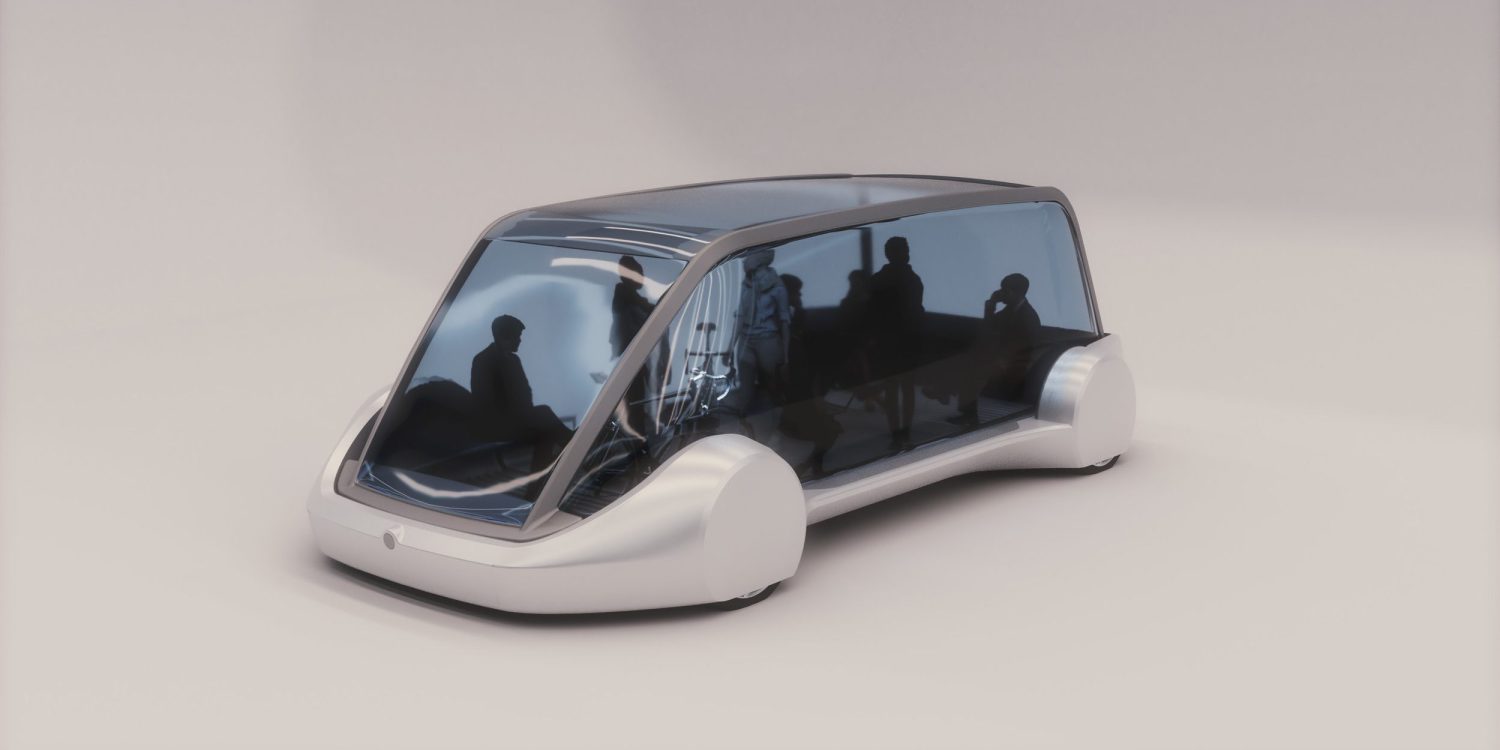 It now sounds like this concept could be closer to what Musk is envisioning for the Boring Company’s transit systems.

Update: after publishing this article, Musk tweeted again and confirmed that changes are indeed closer to the concept vehicle pictured above:

Better video coming soon, but it would look a bit like this: pic.twitter.com/C0iJPi8b4U

As we previously reported, the company has several ongoing projects, including a tunnel network under Los Angeles.

The Boring Company then filed for excavation permits for a new route, which the company is referring to as “a 6.5-mile proof-of-concept tunnel”.

The plan received a mixed reaction when presented at Culver City Council earlier this year. Maybe the change in the strategy could influence the support for the project in Los Angeles.

I don’t think this change impacts the hyperloop projects as much as the tunnel network projects since I’ve always seen the former as more train-like and focused on pedestrians moving from one city center to another.

As for the tunnel networks, well now it just sounds like a subway. Moving cars around on electric sleds what was making this different from a subway.

I suppose the tunnel design might offer more opportunities for entries and exits as well as more departures than a regular subway, but that’s about it.

Update: After posting the article, Elon tweeted again and confirmed that the loop will indeed have more stations the enter and exit the tunnels than a regular subway:

Boring Co urban loop system would have 1000’s of small stations the size of a single parking space that take you very close to your destination & blend seamlessly into the fabric of a city, rather than a small number of big stations like a subway

Unless, they could partner with Tesla to build the bus-like vehicle seen above and make it able to autonomously drive on the road too. Then those vehicles could go down inside those tunnels and also drive to their destination on the surface.

That could be interesting. What do you think? Let us know in the comment section below.