They have now released a map of the planned network – giving us a better idea of the scale of the project.

We reported last month that the Boring Company filed for new excavation permits for a new route, which the company is now referring to as “a 6.5-mile proof-of-concept tunnel”.

“The tunnel would be used for construction logistics verification, system testing, safety testing, operating procedure verification, and line-switching demonstrations. Phase 1 would not be utilized for public transportation until the proof-of-concept tunnel is deemed successful by County government, City government, and The Boring Company. “

The tunnel is shown in red on the map: 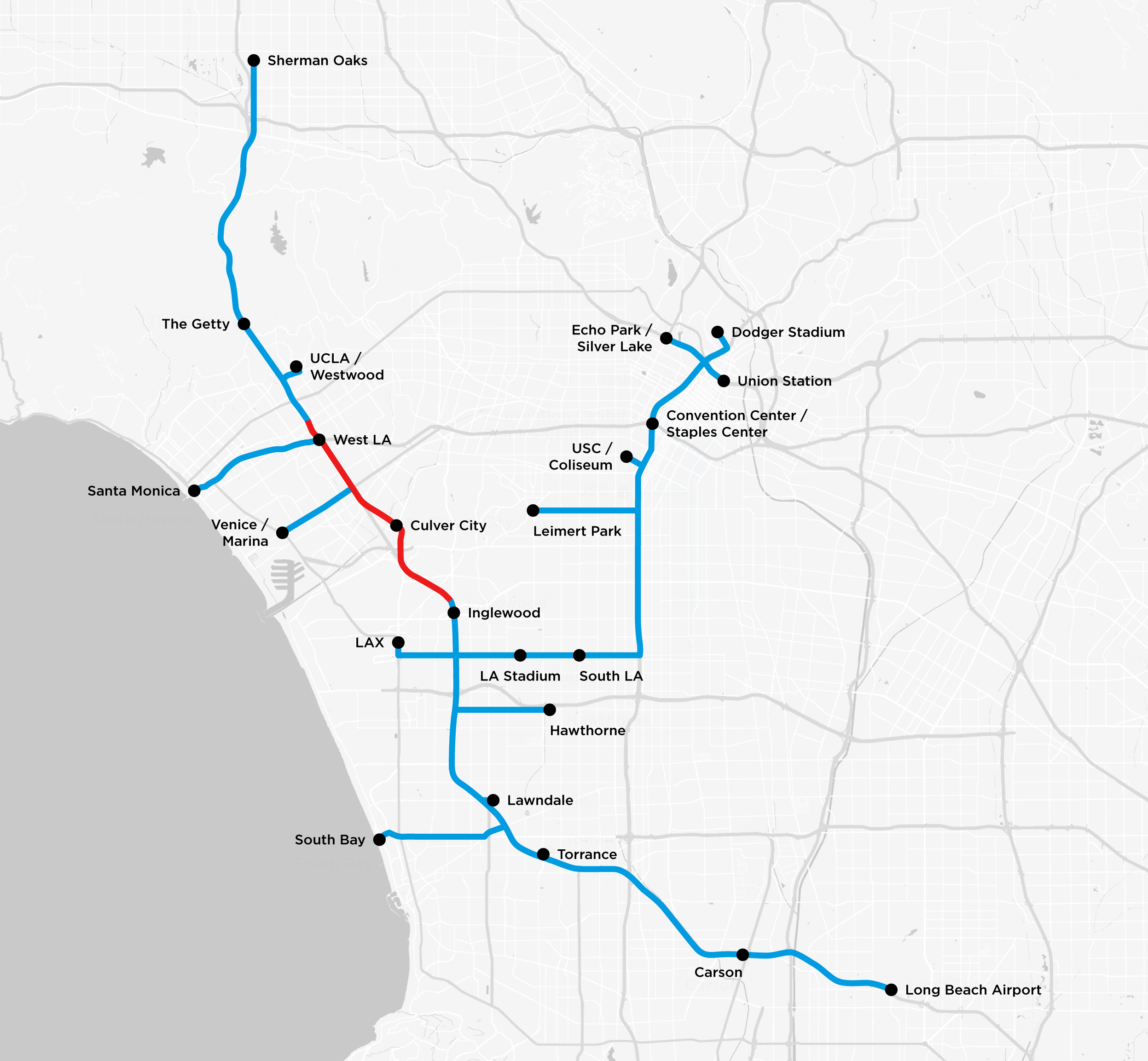 They previously announced that they plan to use Tesla’s technology for their transportation system in the tunnels – a sort of electric skate platform to transport cars autonomously faster and more efficiently. By moving cars on tracks instead of driving between lanes, they can reduce the tunnel to a 13.5-foot diameter, which consequently reduces the cost of boring.

Those electric skates can travel between 125-150 miles per hour and carry between 8 and 16 passengers, according to the startup.

It has the potential to both accelerate the electrification of transport in the region and to reduce traffic at the surface.

For the blue lines, the company emphasized that it’s not the finalized alignment:

The company is now seeking feedback on the project, which is just one of three different projects that we know about so far. The two others being the Baltimore-DC underground Hyperloop and the Chicago high-speed loop.