Elon Musk unveiled today the concept behind his new company: The Boring Company. It confirms that the idea behind the company goes beyond simply building tunnels.

We reported just yesterday that the startup recently took delivery of its first giant boring machine at SpaceX’s headquarters.

The new video for the concept features mobile platforms lowering vehicles, Teslas in the case of the demonstration, into tunnels and then speeding away on those same mobile platforms riding on a single rail…

The Boring Company is already starting to dig a hole in the parking lot of Musk’s SpaceX/Tesla Los Angeles office, but now we have a much better idea of what the visionary CEO has in mind for the network of tunnels they are starting in the middle of Los Angeles.

Musk is giving a TED Talk today about his current project and timed the release a video demonstration of the concept with his talk.

It’s nothing short of impressive and shows the scale of the project as more than simple tunnels.

During the talk, Musk said that there are still important challenges to be overcome for that vision to become a reality. The Boring Company is working on bringing the overall cost of boring the tunnels down while increasing the speed. With better materials and more power, Musk believes that they can increase the speed of the current machines, which are able to dig about 300 feet per week, to up to 1 mile per week.

As previously mentioned, if Musk has his way, this new network of tunnels will be under Los Angeles, where Musk lives and works at SpaceX and Tesla (Design Studio). He believes that with the tunnels, someone could travel from Westwood to LAX in about “5-6 minutes” – down from a minimum of half an hour currently (and over an hour with traffic): 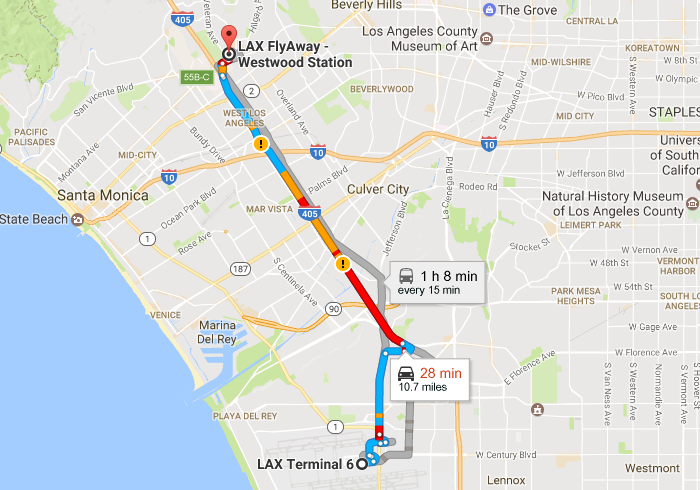 The timeline for this project is not clear, but the permitting process for large-scale tunnels can alone take years. Not to mention the earthquake prone area he intends to build on. The CEO added that he is spending about 3% of his time on the project while Tesla and SpaceX still take the bulk of his schedule.

After talking about his plans for The Boring company at the TED talk, Musk also released a teaser for Tesla Semi, Tesla’s upcoming all-electric truck.