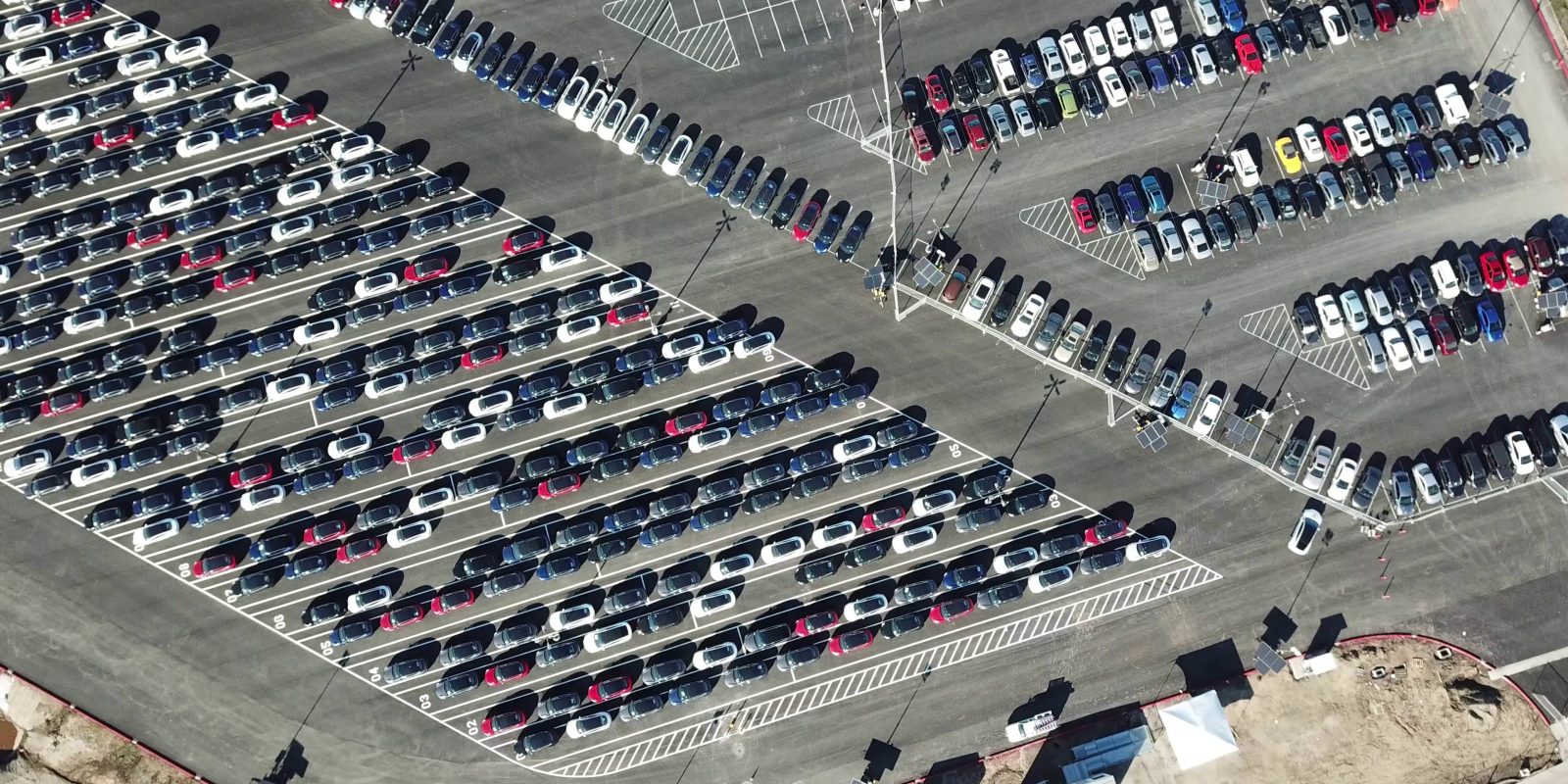 A new drone flyover of the Tesla Factory in Fremont gives one of the best looks at the manufacturing facility to date and a rare look at the growing Model 3 inventory at the plant.

Over the past two weeks, we have seen a lot of anecdotal evidence that Model 3 production has increased.

From hundreds of Model 3 vehicles spotted at delivery centers to suppliers said that weekly production is increasing to 5,000 units and more recently accelerating the pace at which they send out invites to configure and now delivering those vehicles.

But it doesn’t beat seeing hundreds of cars coming out of the factory.

Redditor darksoldier360 on /r/teslamotors took his DJI Mavic Pro to Fremont yesterday in order to capture a stunning video (embedded below) of the factory.

But what caught most people’s interest is the parking lots full of Model 3 vehicles:

It’s hard to estimate the total number of Model 3s since it looked like one parking lot exclusively held Tesla’s newest model (about 300 units), but other parking lots seemed to have a mix of Model 3 and Model S and X vehicles.

I’d estimate as many as 500 Model 3s around the factory, but here’s the video if you want to make your own estimation (let us know what you came up with in the comment section below):

Interestingly, we also get a good look at the new buildings that have recently come up at the factory site.

The biggest one is believed to be a giant automated storage & retrieval systems:

In preparation for expansion of the production capacity at the plant due to Model 3, Tesla launched a major expansion plan last year. It includes the addition of several new buildings to almost double the size of the already giant electric vehicle factory – 5.3 million square feet to 9.9 million square feet.

Those new buildings are being built to help Tesla increase the production capacity of the plant to over 10,000 units per week by the end of 2018.