Tesla’s new delivery center located in a large building in Marina del Rey is now opened and delivering the Model 3 vehicles that were stockpiled at the location over the past few weeks.

The launch of the new location coincided with the start of Model 3 deliveries to regular customers, but another group with priority delivery is also taking advantage of the location – SpaceX employees.

Before the Model 3 unveil event, we exclusively reported that Tesla employees and SpaceX employees were given priority for Model 3 reservations a few days in advance. It was a first for both companies.

So far, it seemed that mainly Tesla employees benefited from early deliveries of the new electric car since the start of production in July, but now that the automaker opened the new Marina del Rey location, which is located just a few miles away from SpaceX’s headquarters, we are receiving reports that many SpaceX employees are taking delivery of the Model 3 this week.

It looks like many of the 40+ Model 3 vehicles stockpiled at the new delivery center over the last few weeks were for SpaceX employees and not just for the start of regular customer deliveries. 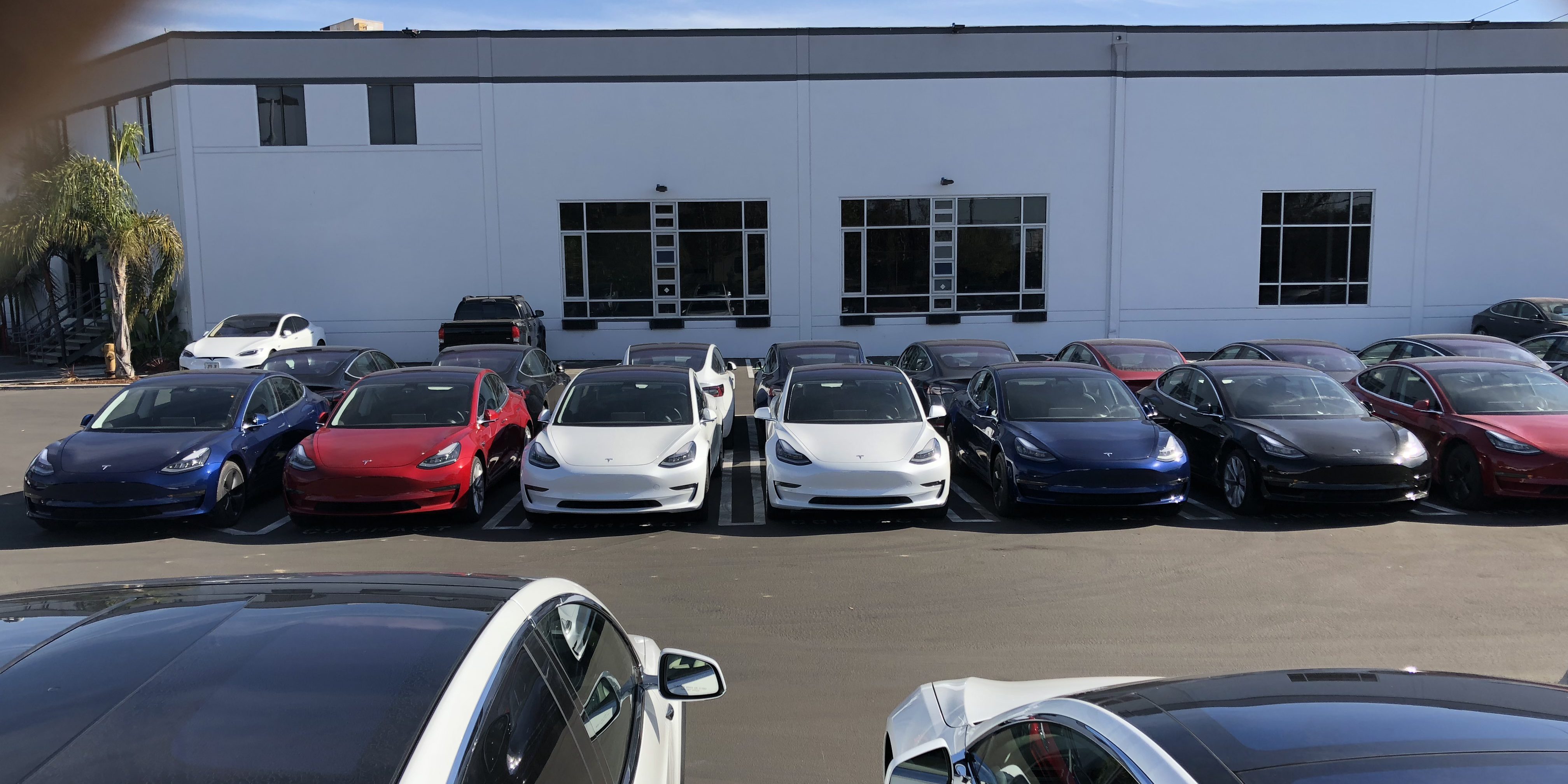 The location is primed to become a delivery hub in Los Angeles, one of Tesla’s biggest markets, and alleviate pressure from delivery rushes, especially with the start of Model 3 deliveries, for other Tesla stores in the area.

Furthermore, we are told that Tesla is currently limiting the number of retail locations that can perform Model 3 deliveries to customers as employees are gradually being trained for the new vehicle.

One thing is clear: Model 3 deliveries are picking up this week.

With this new delivery center, which already had Model 3s ready to go, and the hundreds of Tesla Model 3 vehicles spotted at delivery centers and especially in Fremont last weekend, Tesla is clearly accelerating the pace.

There have been rumors over the last week that it is the result of a significant increase in production as Tesla managed to fix the bottlenecks, but I would take this with a grain of salt since I wouldn’t consider the level of deliveries that we are now seeing as a direct proof of volume production.

Despite the major production issues, Tesla was still able to build Model 3 at low volume over the last few months and we might still only be seeing the result of that.

The move to regular customer deliveries could not just be due to a production increase, but also because the backlog of employee deliveries is also limited to employees who want the current limited configurations offered on the Model 3.

Employees who prefer the dual motor all-wheel-drive or a different interior might decide to wait.

It’s not clear how many Tesla and SpaceX employees reserved the Model 3, but we estimate the number at over 10,000 total reservations based on a way to find a sequential reservation number hidden in the source code of the ‘My Tesla’ page of Model 3 reservation holders last year. Tesla quickly hid the sequential number after it was revealed, but we managed to get a few good data points before they did.