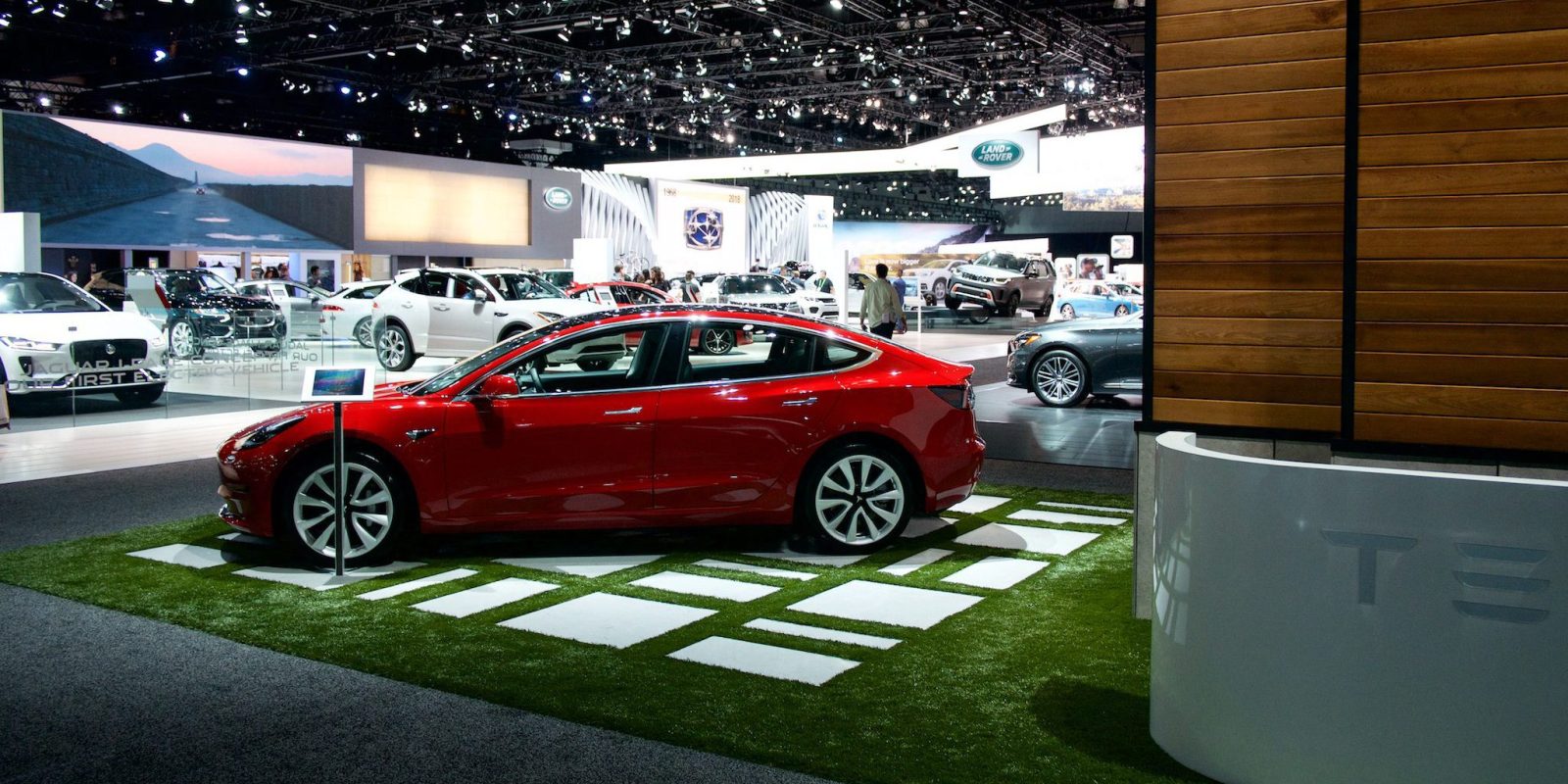 The Los Angeles Auto Show is now open to the public and they will have the chance to see quite of few electric vehicles displayed at the event. Here we take a quick look at most of them with pictures.

As we like to promote at Electrek, the future of ground transport is electric.

Auto shows can offer an interesting glimpse at that future since automakers generally display their latest and upcoming vehicles, which are increasingly electric.

The German automaker has been increasingly investing in electric vehicles since being embroiled in the Dieselgate scandal and they displayed that investment at the LA Auto Show.

All three of electric I.D. concepts were displayed together for the first time in America.

The company also brought the race version of the vehicle which will enable its upcoming all-electric race championship:

Of course, Tesla is always putting all-electric vehicles front and center, but it rarely shows up at trade shows.

Though it made an exception for Los Angeles two years in a row and brought a Model 3 along.

Interestingly, Tesla’s booth also focused a lot on the company’s energy products and not only its vehicles.

The German luxury automaker is also moving forward with somewhat aggressive electrification plans that have yet to result in any production vehicles – aside from the BMW i3 and some concept vehicles.

They brought both to the show:

As we have often mentioned in the past, Bollinger Motors is a startup to watch in the EV space. Their on/off-road electric truck prototype is impressive and could pioneer a new segment for electric vehicles if they manage to bring it to production.

In the meantime, they brought the prototypes to the LA Auto Show:

There were also plenty of plug-in hybrids at the show, but we don’t care much about those (sorry) since we think they only represent this transition period that we are in right now and not the future.

We have also seen some cool new vehicles, like Sondors new low-cost electric car and Arcimoto’s three-wheeler EV, we are going to have full reports on those soon. Stay tuned.

Image by Jameson Dow and NewspressUSA