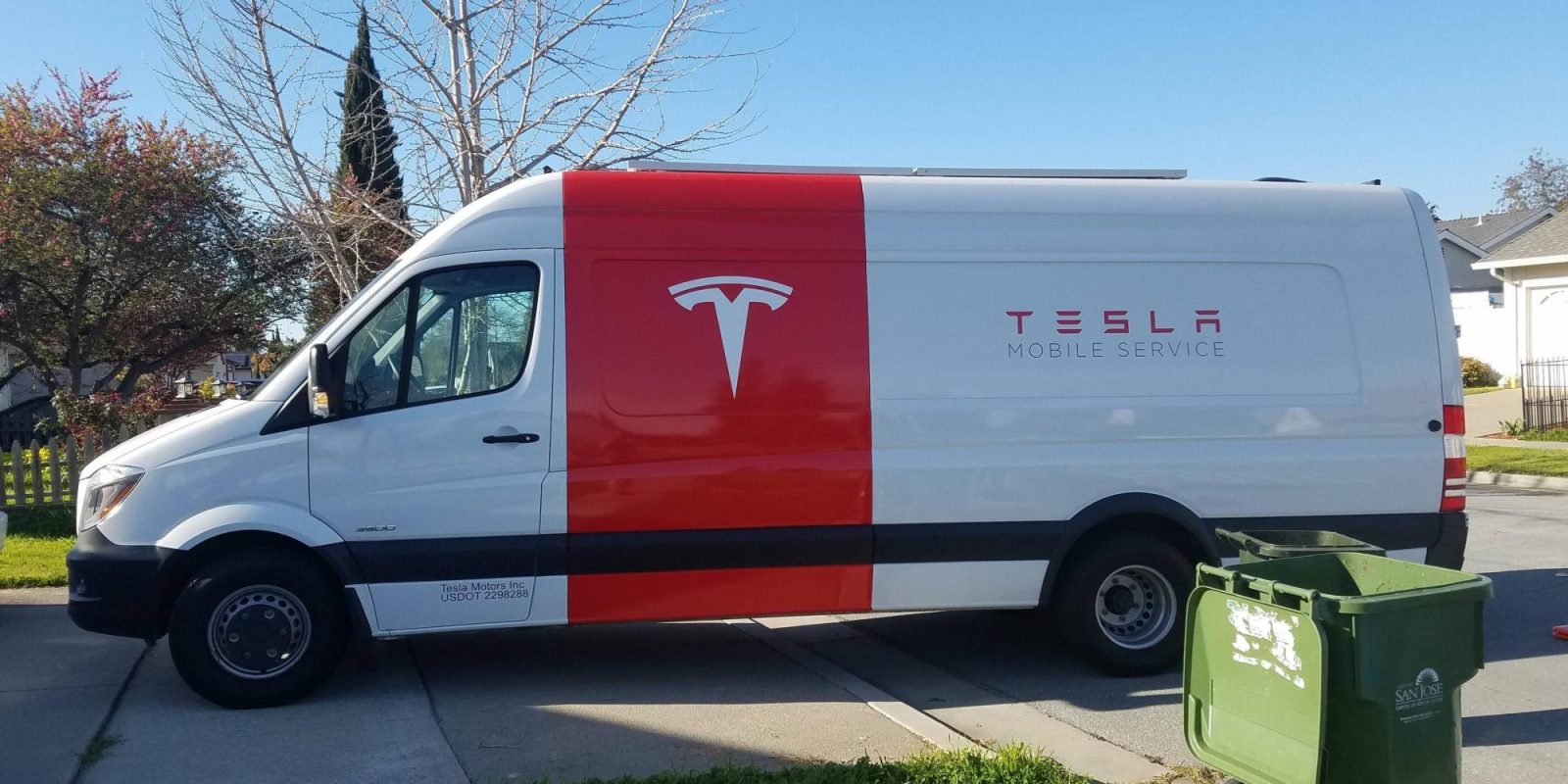 Tesla is about to come out with a new all-electric service vehicle based on the Model S and Model X vehicles, according to Jon McNeill, Tesla’s President of Global Sales and Services.

The new vehicles will be used to replace service vans – pictured above – in Tesla’s mobile service program as soon as next year, said the executive.

McNeill was at Tesla’s ‘owner social’ event in Amsterdam earlier this week. Owners present at his presentation relayed to Electrek some interesting information that he revealed.

“We didn’t think that it was very cool to show up to fix an electric vehicle with a combustion engine van. It really bugged us. Some really savvy technicians on our team figured out how to retrofit Model X to fit all the tooling and parts needed to do service.”

That is actually impressive when you look at the type of equipment that they currently have in their ICE service vans, which they claim can fix over 80% of the issues on Tesla’s vehicles (pictures via Dagery on Reddit):

It will be interesting to see a Model X with the same or equivalent equipment, but that’s not all.

The executive added that they also figured out how to retrofit Model S with the same equipment. The modifications are apparently important enough that the vehicles need to be approved by road authorities, which McNeill expects will happen next year.

The new vehicles will apparently be an important part of Tesla’s service strategy going forward since it recently doubled down on its mobile service program.

I expect this move will be welcomed here since “how come the van is not electric?” is almost always the first comment on our articles about Tesla’s mobile service.

What I find especially interesting is that when also accounting for the upcoming launch of Tesla Semi, the company’s new all-electric heavy-duty truck, Tesla will have the opportunity to electrify virtually its entire internal fleet of vehicles.

In California, Tesla reportedly operates about 100 trucks and they are apparently aiming to have hundreds of service vans.

If the company can itself go all-electric for its own operations, it would send a strong message about the potential of all-electric fleets at the commercial level and even industrial level.