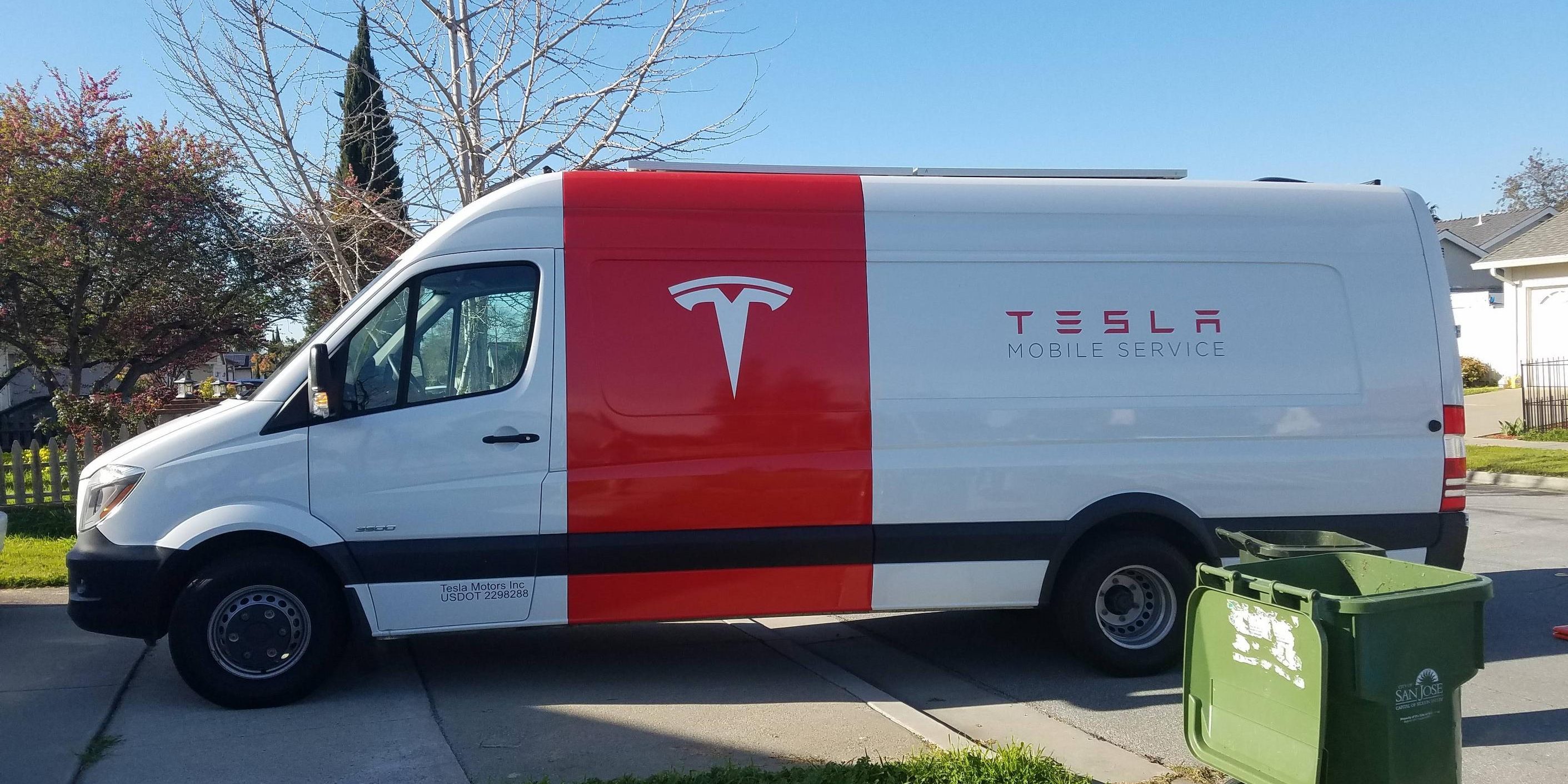 In order to reassure Model 3 reservation holders that it’s going to be able to scale its service operations, Tesla announced last month that it is expanding its ‘Ranger’ program for mobile repairs at owner’s home or office.

We now learn that the program has been renamed ‘Tesla Mobile Service’ and it got a new look.

Tesla determined that the vast majority of the repair and service requests on its vehicles are minor and don’t require the need of a lift. They can be performed directly in a parking lot, which is why Tesla announced last month that it would expand the program:

“In service, since more than 80% of our repairs are so minor that they can be done remotely, we are expanding our mobile repair service that allows Tesla to make vehicle repairs at an owner’s home or office.”

The company already had a service like that called ‘Tesla Ranger’, but what we didn’t know is that they are changing the name and the look of the service with this expansion.

A Model S owner in the Bay Area recently got the visit of the new ‘Tesla Mobile Service’. They got new vans with a new look and more onboard equipment (pictures via Dagery on Reddit):

The Model S had a damaged tire and when the owner called Tesla’s Roadside assistance, they offered to send him a ‘Tesla Mobile Service’ technician equipped to change and repair tires. The owner described the experience on Tesla’ subreddit:

“Joe the mobile service guy arrived within 20 minutes; after greetings and offers of beverages while I wait he got down to business. He informed me that since the hole was in the middle of the tread a repair was not recommended; due to the sound deadening foam he would need to remove a significant portion to correctly repair the tire (If a patch was applied the tire would make a helicopter type noise). The only other option was to buy a tire on the spot which is no problem for him since he has 20+ tires with him!”

All the equipment to clean, mount and balance the tires are all mounted onboard the van. The owner says that 40 minutes later he had a new tire and the technician was on his way.

That’s the program that Tesla is planning to expand. When deployed, it’s particularly useful to quickly reduce the workload of the busiest service centers.

It will be interesting to see if it’s a program that can scale efficiently with the anticipated major increase of Tesla’s fleet due to the launch of the Model 3. We might see a lot more of those ‘Tesla Mobile Service’ vans around.