After a few setbacks since its last stock price (TSLA) all-time high of June 2017 that made Tesla one of the most valuable automakers by market capitalization in the world, the electric car and energy company is now back to pushing new all-time highs today.

Tesla’s stock price was up 2% to $387 this morning for a market capitalization of almost $65 billion.

Earlier this year, Tesla was feeling the pressure from billions in bets against the company on Wall Street, but some of those people have covered their short positions following the unveiling of the Model 3.

In June, it was estimated that shorts lost about $5 billion since the beginning of the year. 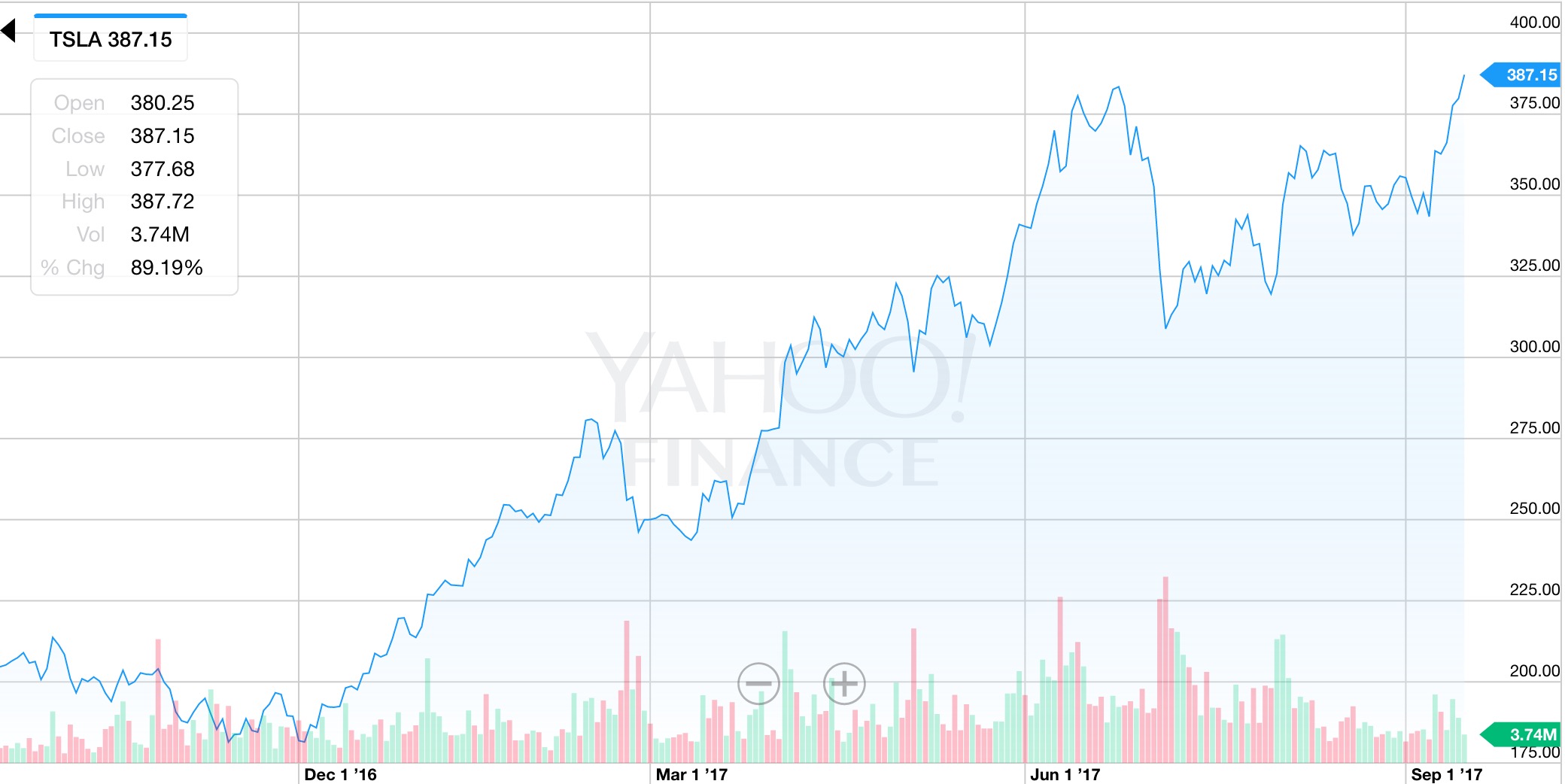 The market’s attention seems to revolve around the Model 3 production ramp up and deliveries.

The third quarter is almost over and Tesla guided about 1,500 Model 3 deliveries to employees and company insiders. The most important production ramp-up is expected in October when Tesla will start deliveries to regular reservation holders.

As we recently reported, more Model 3 being prepped for deliveries were recently spotted and more employees are being confirmed deliveries for the end of the month.

While Tesla’s stock price is impressive now for a money-losing company, CEO Elon Musk thinks it’s only the beginning. He said that ‘Tesla has the real potential to be one of the most valuable companies in the world’.

The company’s stock price is actually quite important both for its success and the future of EVs in general. There’s nothing that can send a stronger message to legacy automakers than proving financial success by selling electric vehicles.

Tesla has regularly turned to the market to raise more money and it also offers stock packages to all its employees and for some of them, it can represent an important part of their compensation. Therefore, a rising stock price can make an important difference.