Tesla’s stock price had one of its best days in a long time (up over 6%) following Tesla’s earning results, which beat expectations on several important metrics.

But more importantly, analysts are now changing their expectations on Model 3 and shorts who bet against Tesla are starting to give up.

Adam Jonas, an analyst covering Tesla for Morgan Stanley, has often been perceived as one of the more bullish financial analysts covering the automaker and was even called a “Tesla Cheerleader” by the New York Time.

Yet, Jonas believed for a long time that the company wouldn’t deliver the Model 3 in 2017.

Over the past few months, he changed his position by increasingly adding 2017 Model 3 deliveries to his model.

Tesla has now delivered the first 30 Model 3 vehicles and the company guided about 1,500 Model 3 deliveries during the third quarter.

In a new note to clients today, Jonas said that it’s over his expectations:

The analyst said that the $2 billion in capital expenditure during the second half of the year “will make your eyes water, but time will tell if they are tears of joy.”

For the investors shorting Tesla’s stock, they are already tears of sadness. The recent results and news of the Model 3 sent some short sellers running after their bets against the company reached new all-time highs earlier this year.

Mark Spiegel, one of the most outspoken Tesla short sellers who went as far as calling CEO Elon Musk a fraudster, has apparently given up on his current Tesla short position.

Here’s a series of tweets he posted last night: 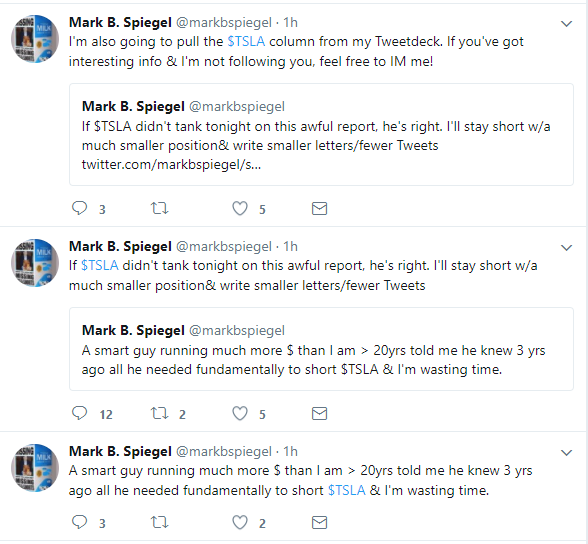 While he was the most vocal, Spiegel wasn’t the most invested in seeing Tesla fail, but he might have convinced quite a few others to join him.

In late November, he was given an opportunity to present his short thesis on Tesla, which mainly consists of his belief that upcoming competition will kill the company, at the Robin Hood Investors Conference.

Spiegel stood before a room full of investors and suggested that they should short Tesla’s stock, which he sees going to “zero”: 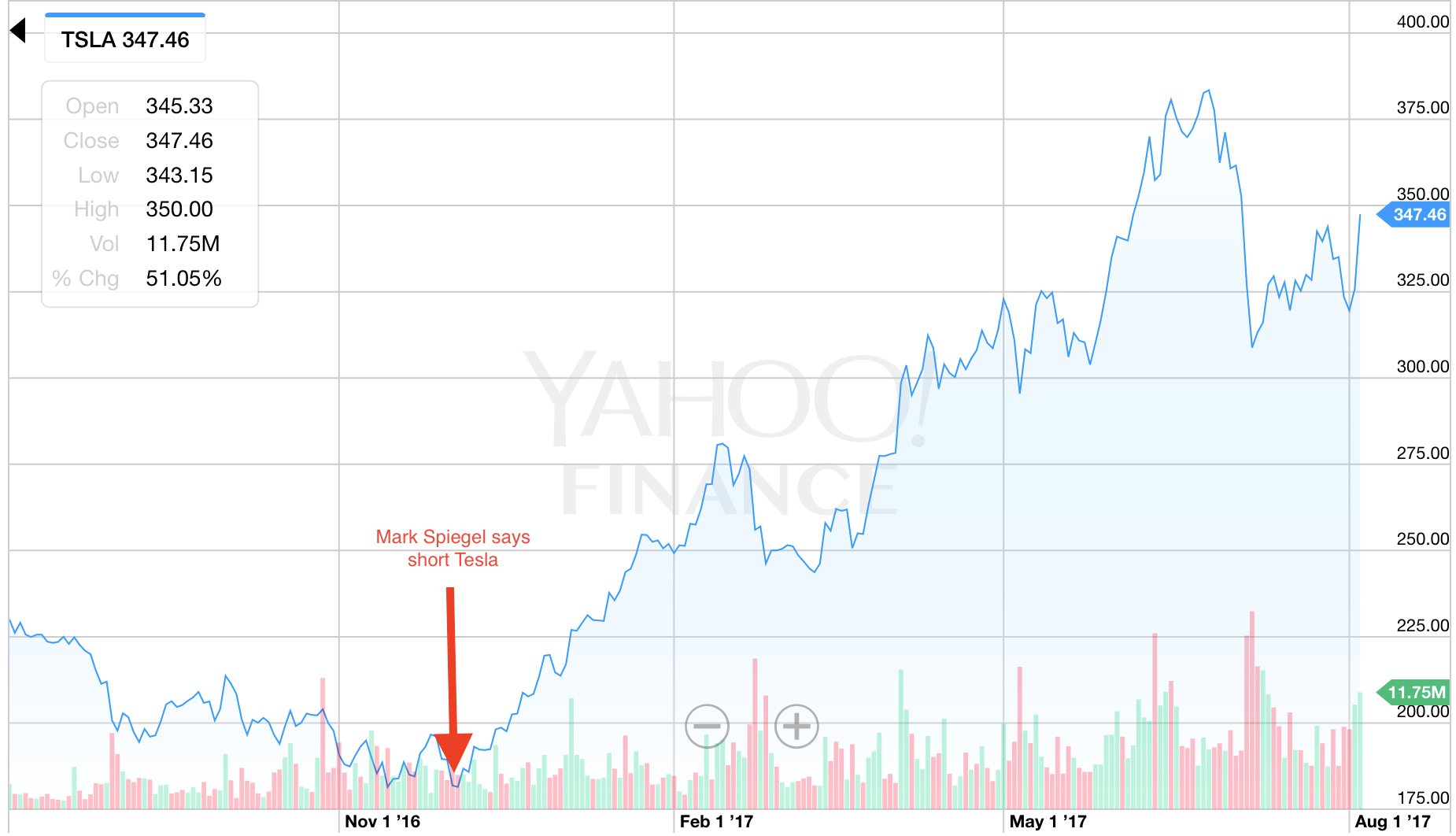 The stock is up 83% since he made that call. Soon after his presentation, famed investor David Einhorn initiated a short position on Tesla and said that he was “feeling the pain.”

But Einhorn his sticking to his guns. Earlier this week, he said that he expects Tesla is “not adequately capitalized” and will run out of cash.

Tesla’s stock price is important for the company and the future of EVs in general. There’s nothing that can send a stronger message to legacy automakers than proving financial success by selling electric vehicles.

Tesla offers stock packages to all its employees and for some of them, it can represent an important part of their compensation. Therefore, a rising stock price can make an important difference.