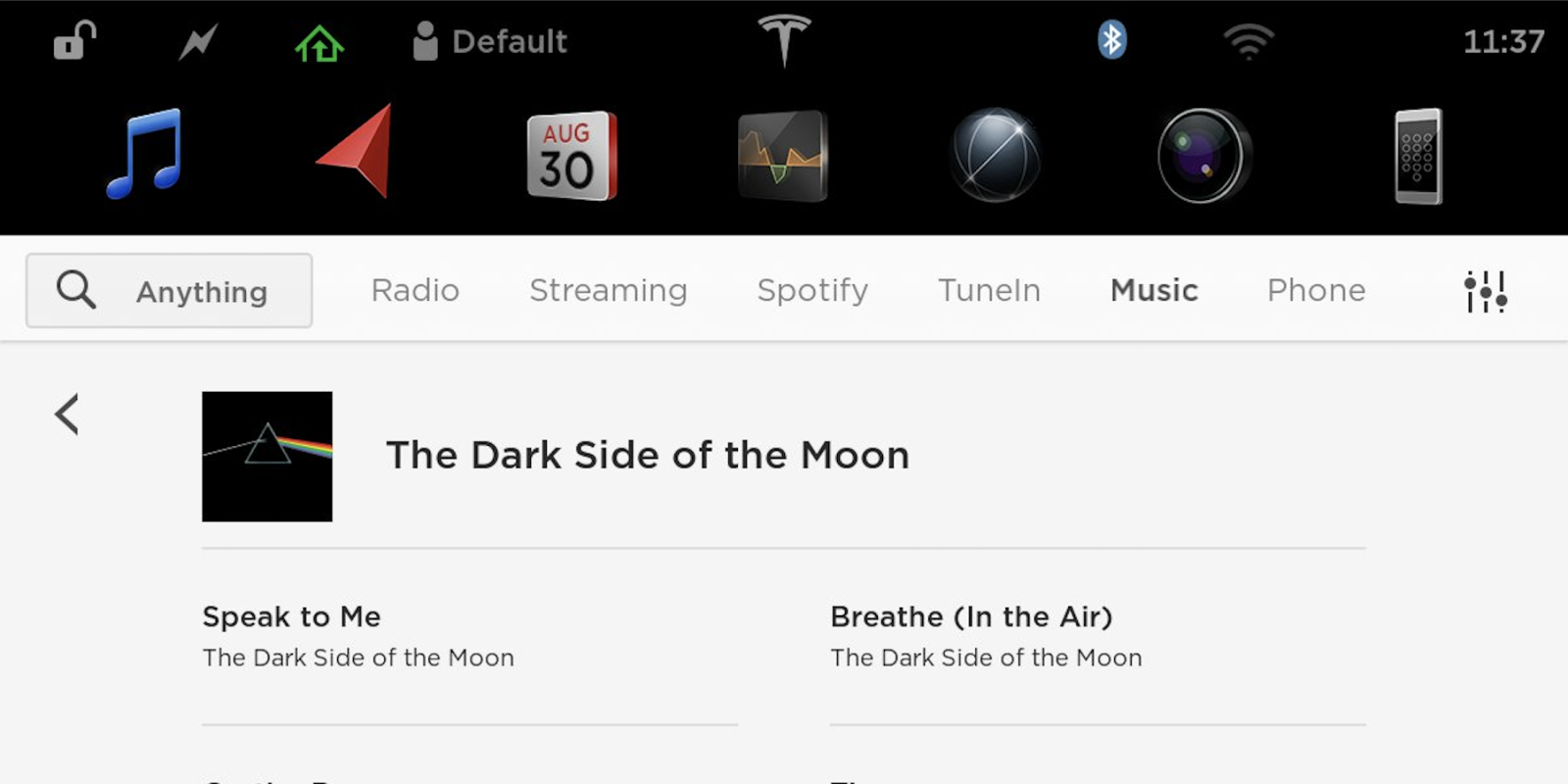 Last week, we reported on the backend of Tesla’s upcoming in-house music streaming showing up in its fleet’s software.

At the time, the user interface wasn’t active, but now we get our first look at it after the automaker updated the service.

Tesla’s in-car media app has been a weakness for a while now, especially in North America where owners don’t have access to the Spotify app like European owners.

It seems like Tesla could be taking a better advantage of all that screen real estate and computing power and offer a better media app.

Earlier this summer, after CEO Elon Musk hinted at rethinking music streaming in cars, we learned that the automaker has been reaching out to music labels to license their portfolios in order to build its own music streaming service.

As we reported last week, the backend of the service, internally called ‘TTunes’, was found in the car’s software by friend of the site and Tesla tinkerer Green, who has root access to his Model S’ software.

While we highlighted that ‘TTunes’ was likely just a placeholder name, some media outlets reported it as its official name and Musk specified that ‘TTunes’ is just “a joke”:

Tesla does not really have "TTunes". That's a joke.

After that, Tesla quickly updated any consumer-facing reference to ‘TTunes’ in the software and replaced it with just ‘Music’.

Interestingly, Green also found that they have updated the app with a new working UI to browse stations, artists and albums.

The service is still not online and attempting to play a song crashes the service, but Green shared the first look at the user interface. Here is what you see under the new (not yet accessible) ‘Music’ tab:

It isn’t likely to be the final version so I wouldn’t put too much stock on these screenshots as Tesla is clearly still working on the music streaming service.

The window of the song currently playing is the same as in the current Slacker-powered streaming service in Tesla’s vehicles, but the breakdown of the albums is new to Tesla’s music service.

The UI looks closer to Tesla’s custom Spotify app available in Europe (or in NA cars with root access if you look closely at the pictures), but it features a few tweaks differentiating it like the favorite settings.

But that’s just the design. The actual music selection and discovery algorithm is at the core of music streaming and those images, unfortunately, don’t give us any insights about it yet.

Though they confirm that Tesla is actually working on this.

When asked about Tesla’s effort to build its own music streaming service earlier this year, a Tesla spokesperson said:

“We believe it’s important to have an exceptional in-car experience so our customers can listen to the music they want from whatever source they choose. Our goal is to simply achieve maximum happiness for our customers.”

Now it’s just not clear when that’s going to happen.