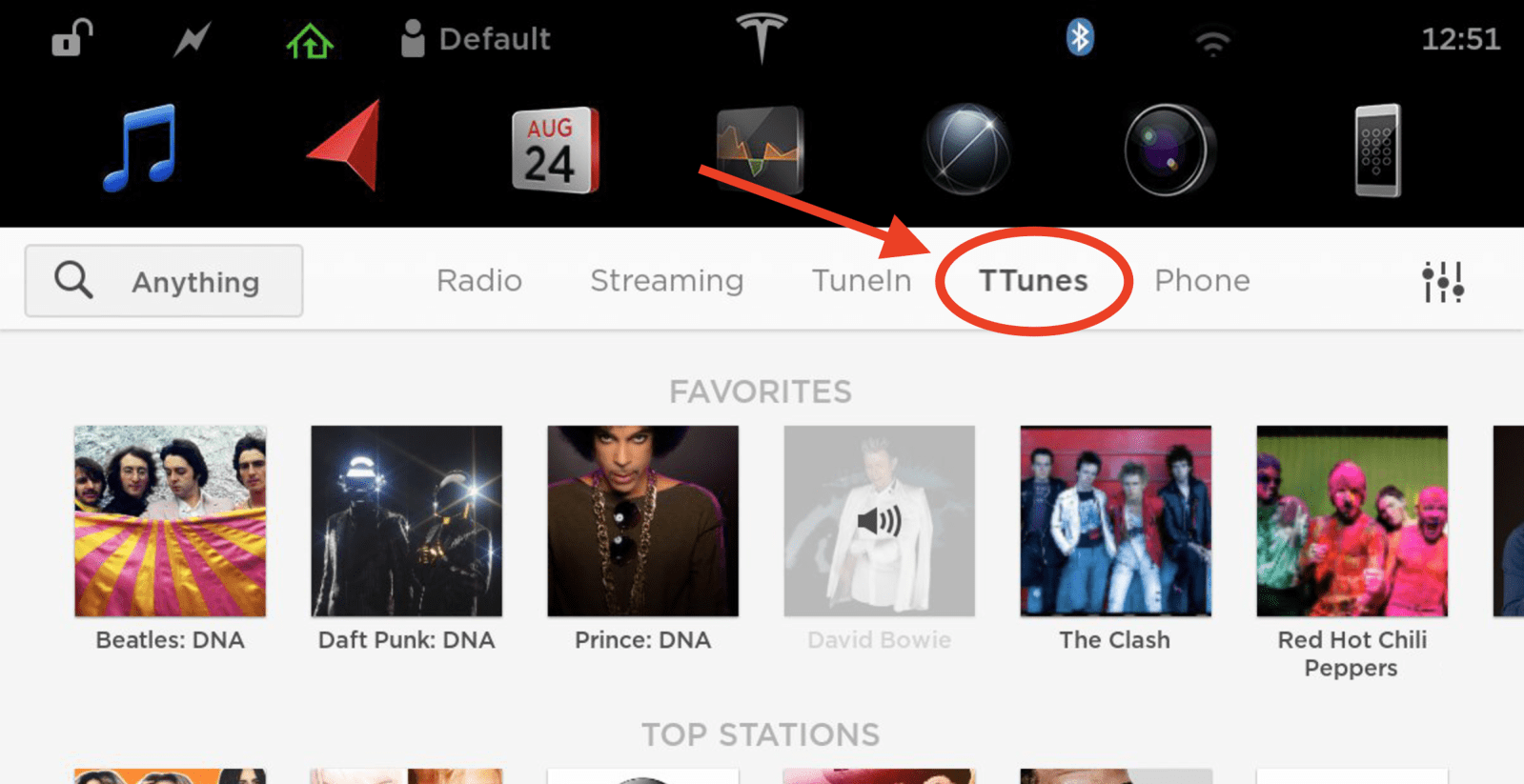 Earlier this summer, after Tesla CEO Elon Musk hinted at rethinking music streaming in cars, we learned that the automaker has been reaching out to music labels to license their portfolios in order to build its own music streaming service.

Now we are starting to see them push the backend of its upcoming service in the latest software updates.

A friend of the site and Tesla tinkerer known as Green, who brought us Tesla’s new maps and navigation engine and the Autopilot debugging mode, has found a new client in Tesla’s most recent updates for the new streaming service.

It’s called ‘TTunes’, which could likely only be a placeholder name for the actual service. Tesla Tunes?

Update: Elon commented on our report saying that the name is indeed a joke:

Tesla does not really have "TTunes". That's a joke.

For now, only the backend of the service is present and there’s no consumer-facing UI, but the code is in all of Tesla’s vehicles.

Today’s news doesn’t mean that Tesla is about to launch the new streaming service anytime soon.

US owners will remember that versions of Tesla’s Spotify app appeared in the code of North American vehicles on several occasions, but the feature was never made available to the US/Canadian fleet.

Those are the actual owners who want to see that feature come as soon as possible since European Tesla owners appear to be mostly satisfied with Spotify.

Owners in the US and Canada have been stuck with Tesla’s built-in streaming service powered by Slacker, which has been the subject of criticisms by some Tesla owners (myself included).

They have been asking for some obvious solutions like enabling Spotify or Apple Carplay/Android Auto, or even just fixing the USB drive media player, but Tesla seems to want to further vertically integrate its in-car experience.

At the shareholder meeting in June, Musk talked about Tesla updating its music player in order for owners to have a better access to the music they want to hear with a new algorithm.

A few days later, Tesla launched a new curated playlist from a DJ with commentary that can be enabled or disabled at the touch of a button. Musk even talked about making the playlist available through the Tesla mobile app in order to make accessible outside the vehicle, like any other streaming service.

Tesla’s own music streaming service doesn’t make a lot of financial sense with a fleet of vehicles in the hundreds of thousands but Tesla plans to ramp up into the millions and 10s of millions with the Model 3, upcoming Model Y and a slew of other vehicles in a relatively short about of time. The music and entertainment experience is a cornerstone of the driver experience so Tesla having more control over this rather than relying on 3rd parties does make a lot of sense. Also, Tesla probably doesn’t want to pay for 10 million Spotify licenses when it can cut out the middleman.