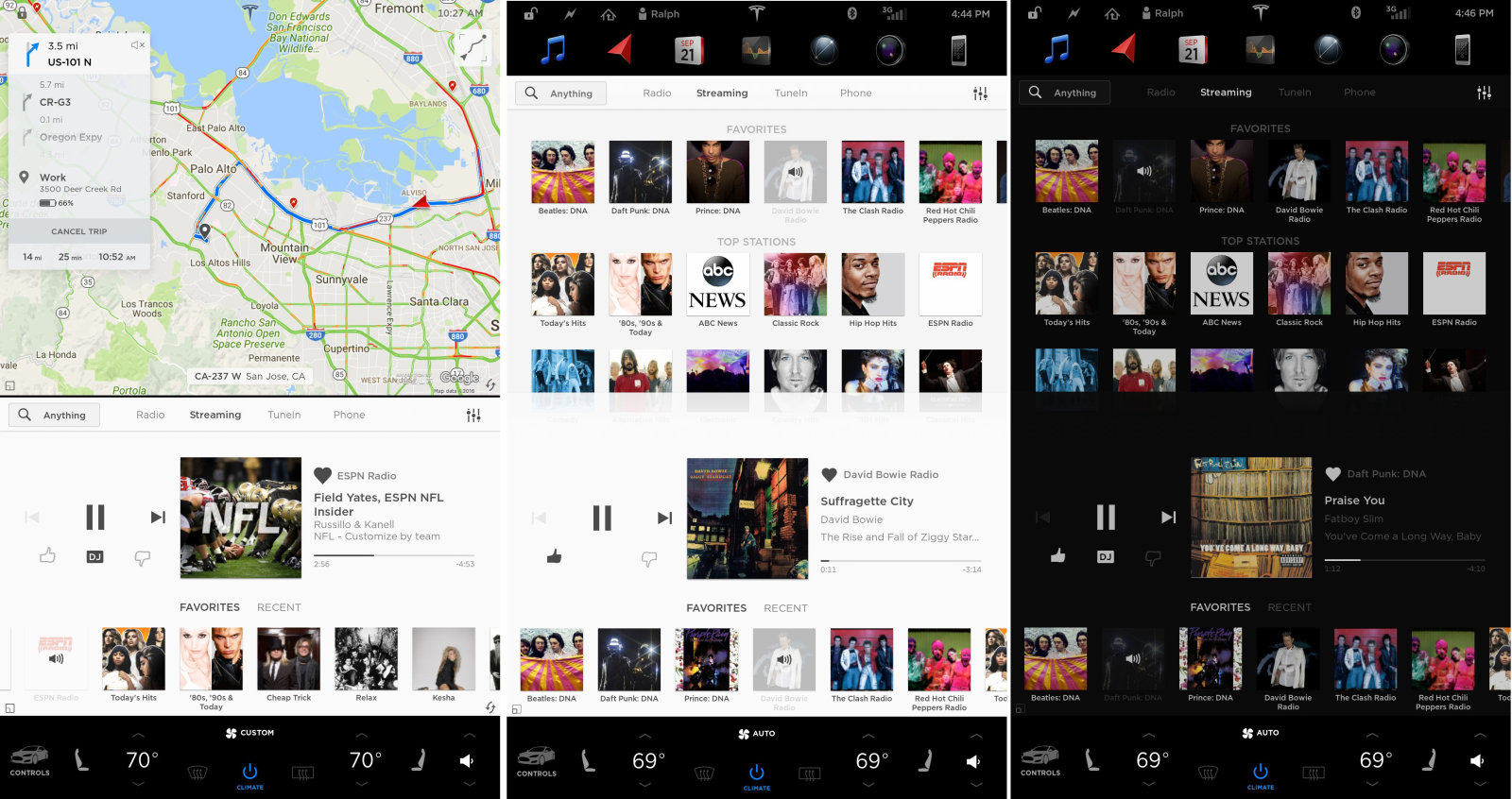 The user interface inside Tesla’s vehicles has been stagnant over the past 6 months or so as the company has been focusing on the second generation Autopilot and the Model 3.

But CEO Elon Musk took to Twitter this week to give owners some tips and to take a few suggestions to improve the UI for media, voice commands, and navigation.

He started off his latest Tweetstorm by suggesting that owners should try the “new Tesla DJ station on streaming radio”:

The new channel is called ‘Heard’ on the ‘Streaming’ section of Tesla’s media app:

At the shareholder meeting earlier this week, Musk talked about Tesla updating its music player in order for owners to have a better access to the music they want to hear with a new algorithm, but that’s not what he was talking about here.

That’s a new curated playlist from a DJ with commentary that can be enabled or disabled at the touch of a button.

The name, ‘Heard’, makes it sound like it has been curated by Musk’s new girlfriend, actress Amber Heard but we don’t have confirmation on that and the word ‘heard’ also works as a musical reference.

The CEO added that Tesla might add the playlist to the Tesla app in order for owners, as well as Powerwall and Tesla Solar owners, to have access to it outside the vehicles:

It's on the car. Might add it to the Tesla app at some point, so you get it on your phone if you have a Powerwall or Tesla solar.

He also said that Tesla drivers can ask via voice command to play any Monty Python skit:

In the US, you can ask your Tesla to play any Monty Python (or other comedy) skit. Doesn't work outside US yet.

The Easter egg-like feature is also reportedly working in Canada and Norway.

Musk also added that they will update the UI to make it so a song autoplay from voice command when it finds an exact match:

Yeah, car should auto play when it gets an exact match, like it does for directions. Will make that change.

Another small but needed update that Musk now says Tesla will push is the addition of a ‘cancel navigation’ function in voice command:

He didn’t offer any timeline for those changes, but he did say this week that Tesla was planning to push a new Autopilot 2.0 update next week, which he described as having a new ‘silky smooth’ control algorithm.