Solar eclipse is putting Tesla’s Supercharger network to the test

Today’s solar eclipse is expected to have an important impact on productivity and a noticeable one on solar energy generation, but all the travel to optimize the viewing experience also has another less obvious impact.

It is putting Tesla’s Superchargers to the test and it is showing some weaknesses in the network.

It’s nothing new. During every holiday or long weekend, Tesla’s Superchargers, like any other part of travel infrastructures, are seeing more traffic.

But with all the reports we are getting from Tesla owners on the road over the last few days, it certainly looks like this event is being particularly rough on Tesla’s Supercharger network.

We are talking about car lines beating Christmas and Thanksgiving weekend records as Tesla is trying to match its Supercharger expansion to its growing fleet.

For example, kosmkram on /r/teslamotors had to wait 30 minutes at the Grand Pass supercharger station in Oregon, which is directly in the path of the full eclipse: 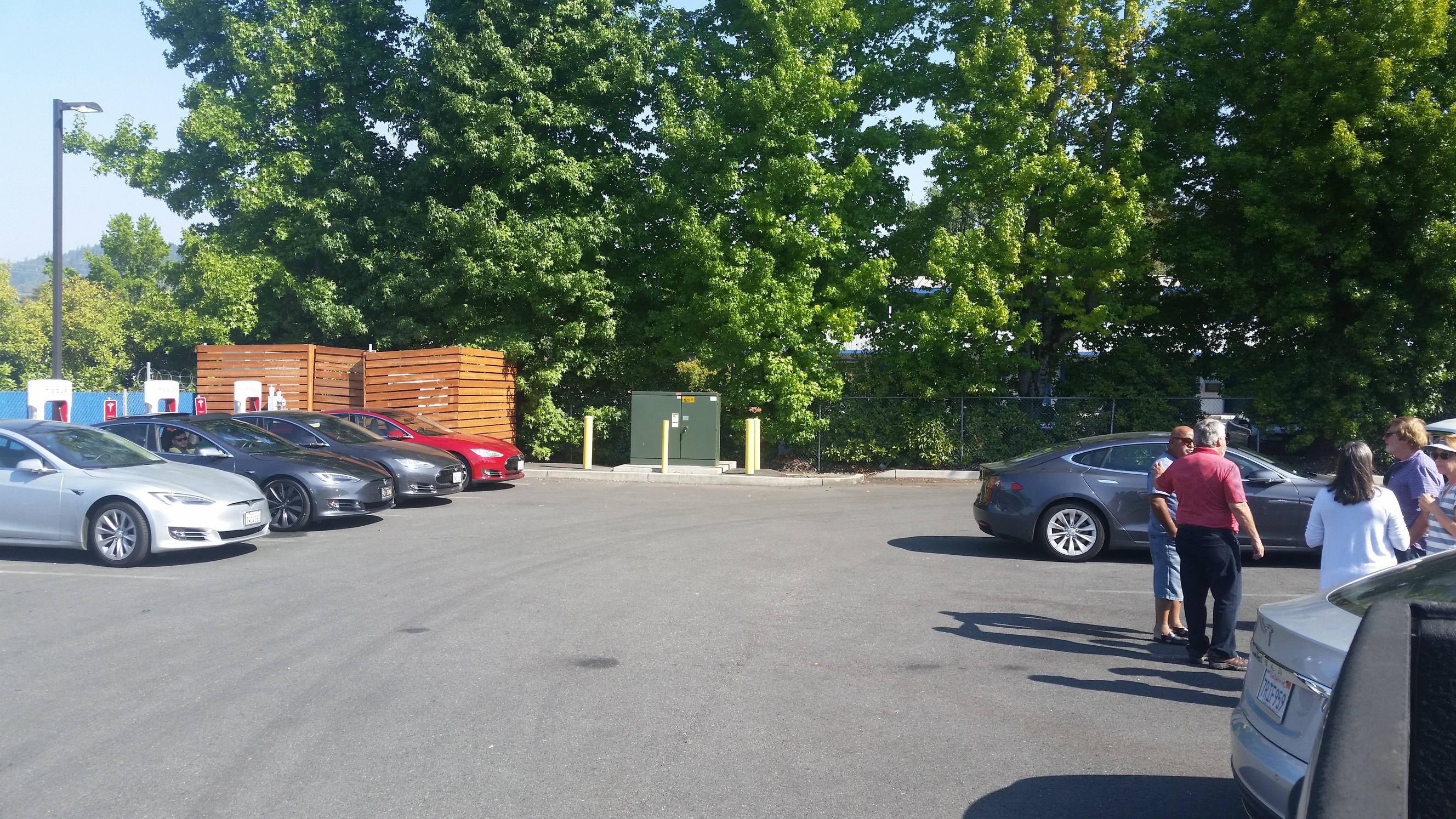 There are only 4 Supercharger stalls at this station, which normally is more than OK, but today it creates wait lines.

Critters on /r/teslamotors had the same problem at Mount Shasta in California where there were 6 Tesla vehicles waiting for an empty Supercharger stall:

The wait was over an hour to get to an available stall. Some even reported longer wait times at the same station over the past few days leading up to the eclipse.

Someone sent us this video of 15 Tesla vehicles in line to get a charge at the Corning Supercharger station in California:

It certainly can be frustrating for owners waiting to get a charge in order to complete their road trip, but to be fair, long wait lines have also been reported at gas stations in regions where the full eclipse is visible.

Therefore, it is certainly not an electric vehicle-only problem, but it is useful to show some weaknesses in Tesla’s Supercharger network, which again to be fair, is the most extensive fast-charging network in the world.

This expansion should solve some of the traffic problems highlighted above, but the automaker still has a long way to go in order to get to 10,000 Superchargers in just the next few months.

A new type of station with a higher number of stalls is expected to help. We recently had an exclusive look at the first of Tesla’s new type of Supercharger station with 40 stalls between Los Angeles and San Francisco. There are also similar stations coming just outside Oslo, Norway, and another one between LA and Las Vegas.