This time, it will cover the very popular route between Los Angeles and Las Vegas.

The Los Angeles-Las Vegas route is already covered by several Superchargers with the main one being a 18-stall station in Barstow, but they are often completely occupied, especially during holidays when lines of several Tesla vehicles can often form at the location.

Tesla even started working on a second 18-stall location just outside Barstow, but now they plan to solve the issue altogether with a new 40-stall Supercharger station in Baker, which is roughly the halfway point between Los Angeles and Las Vegas.

A new construction permit application with the San Bernardino county reveals that the location will indeed have 40 Superchargers, which seems to be the standard for the new type of station with lounge and solar canopies (permit via emupilot on TMC): 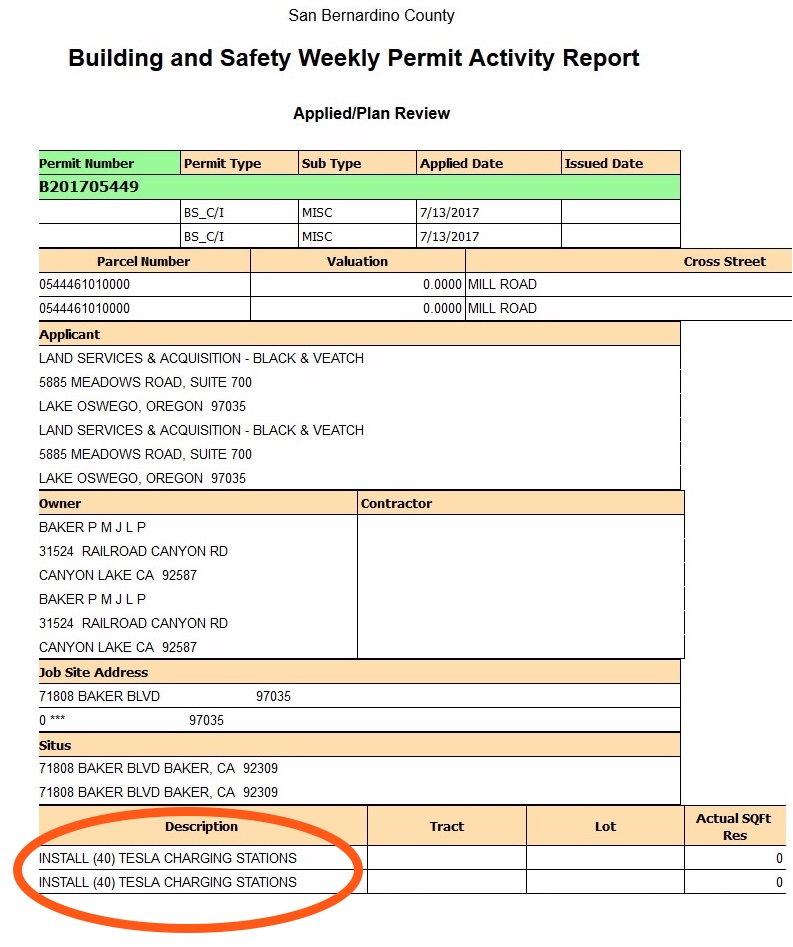 The permit also reveals 4 solar canopies to be installed over the Supercharger stalls, but it’s not clear if it will actually have a “Supercharger lounge” like the new Supercharger between Los Angeles and San Francisco that we reported on last week.

It is located at a truck stop/gas station so Tesla could be taking over the building to turn it into facilities for customers: 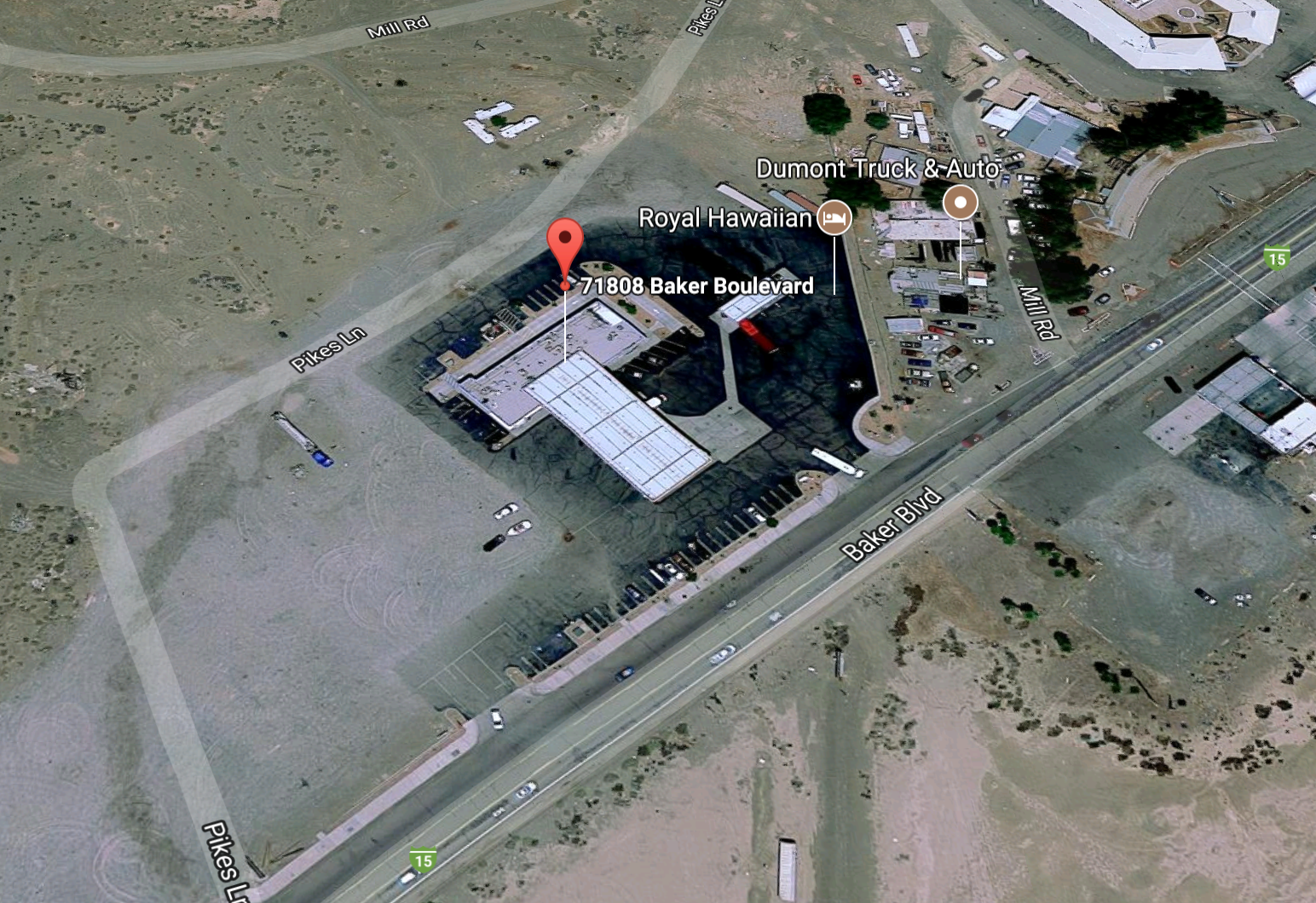 Unlike the location between Los Angeles and San Francisco, there are no restaurants or much of anything around, so Tesla is likely to provide its own accommodations. 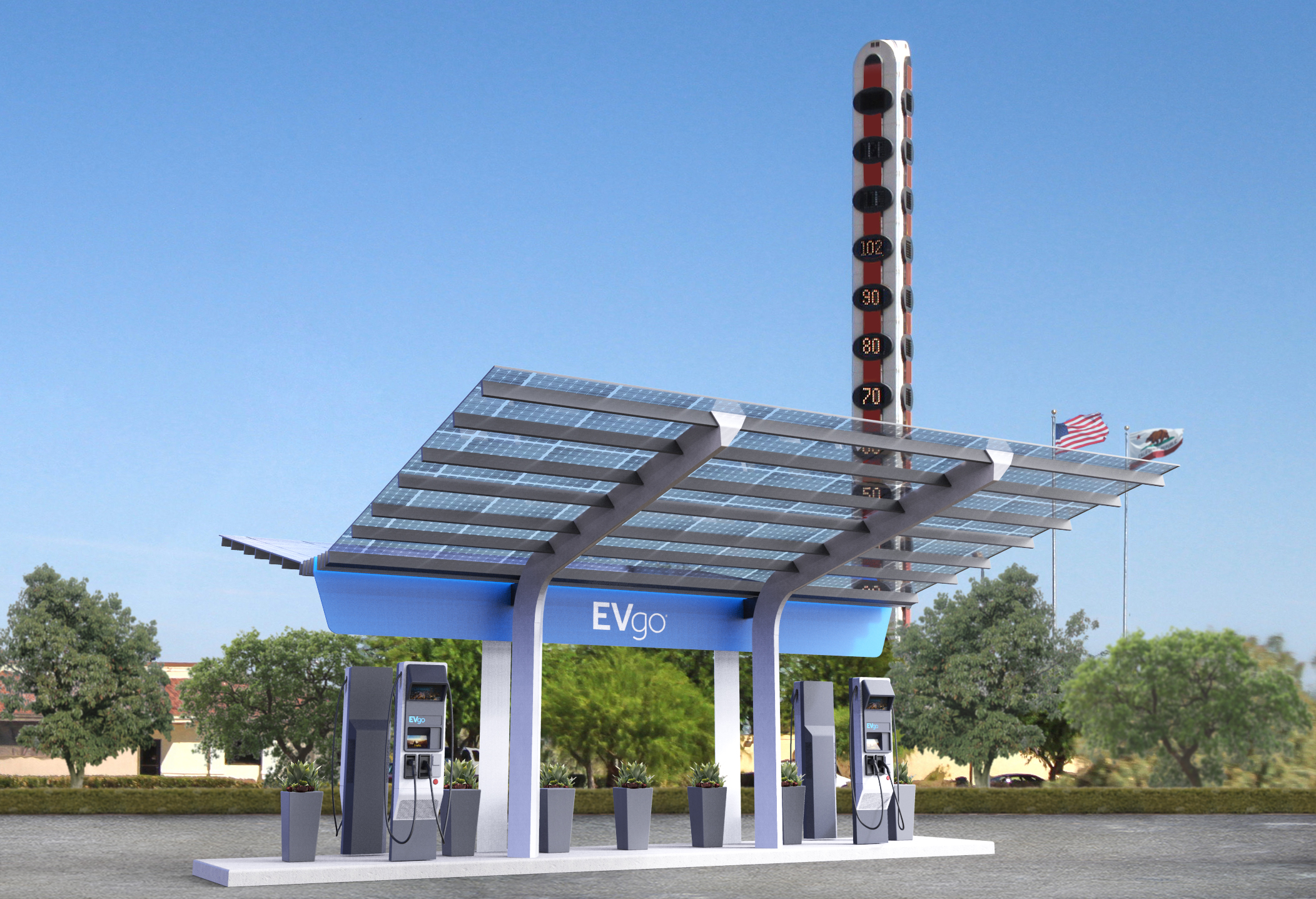 Those new stations with 40 stalls are essential for Tesla to reach this goal. We expect to see a lot more of them soon, especially in California since it’s where Tesla will see its fleet have the biggest increase by the end of the year due to the arrival of the Model 3. Over 150 Superchargers are already in the permitting or construction phase in the state.