Tesla is reportedly planning another 40-stall Supercharger station in Norway

We reported yesterday that Tesla started working on the deployment of its new Supercharger stations with high numbers of stall per station – with the first one being planned between Los Angeles and San Francisco.

Now we learn that Tesla is also reportedly planning another 40-stall Supercharger station in Norway.

The Norwegian Public Broadcasting (NRK) reports that Tesla is planning to install the new station near the Oslo Rygge Airport just southeast of Oslo.

The publication apparently talked to Tesla Norway about the project, which is not set in stone yet. They reported:

Tesla says that there are still some unresolved issues on the establishment in Rygge that can influence the design if the charging station is built. One of the requirements to establish themselves in this area is that business should be “airport-related”.

Here’s the location according to NRK: 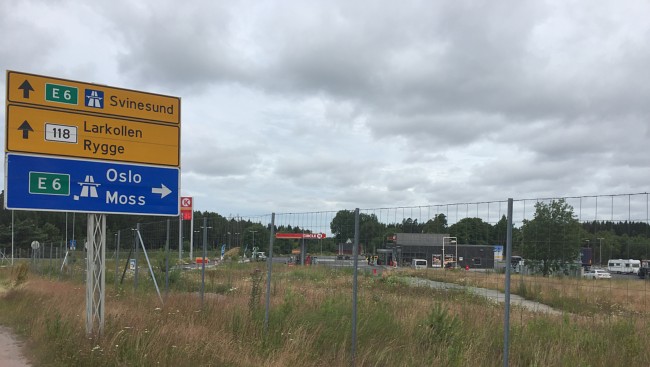 It would appear that the project in Kettleman City, California that we reported on yesterday is more advanced.

The Model 3 is expected to represent the most significant increase in activity on the Supercharger network and the vehicle should only be in the US, and more especially in California, until the end of the year.

While Teslas are extremely popular in Norway, which leads the world in electric vehicle adoption, their Tesla fleet shouldn’t increase as dramatically as California’s this year so they probably don’t need the new stations as much. Yet, they certainly could still use more fast-charging stations.

Let us know if you find out more about Tesla’s new large-size Supercharger stations coming. We hear there are more in the works.