Tesla’s retail strategy with small stores in high foot traffic areas, like malls, is significantly different from the average automaker and it’s apparently paying off.

The company is now claiming that their sales per square foot are dwarfing Apple’s, which has been leading the retail industry in this metric for years now.

Tesla is currently converting its stores to integrate its energy products, like Powerwall, solar panels, and solar roof.

While talking about leveraging their current stores for those new product lines, CEO Elon Musk said this week:

“I think our sales per square foot are so high, you need a telescope to see who’s in second place. It’s like stupidly high.”

“Our sales per square foot are so high, it actually moves the industry average.”

They didn’t release any numbers and Tesla hasn’t been added to retail industry rankings yet, but a recent ranking from CoStar placed Apple Stores at the top with $5,546 in sales per square foot.

Tesla’s retail model has actually been greatly influenced by Apple’s, which is not surprising considering both models have been established by the same person: George Blankenship.

Blankenship led Apple’s early retail effort from 2000 to 2006 and did the same at Tesla between 2010 and 2013. A few different executives have led Tesla’s retail effort since. Ganesh Srivats, who was a senior VP at British fashion house Burberry before joining Tesla, has since taken the leadership role.

In term of sales per square foot, Tesla has a great advantage over retail competition since, of course, its products are more expensive, but the company has also some very space efficient solutions.

For example, Tesla launched a novel retail partnership with Nordstrom to sell its vehicles in a section of the high-end fashion store. It started by opening a small retail gallery in the Nordstrom store at The Grove in Los Angeles and later expanded to other Nordstrom stores in Charlotte, North Carolina, and Detroit, Michigan. 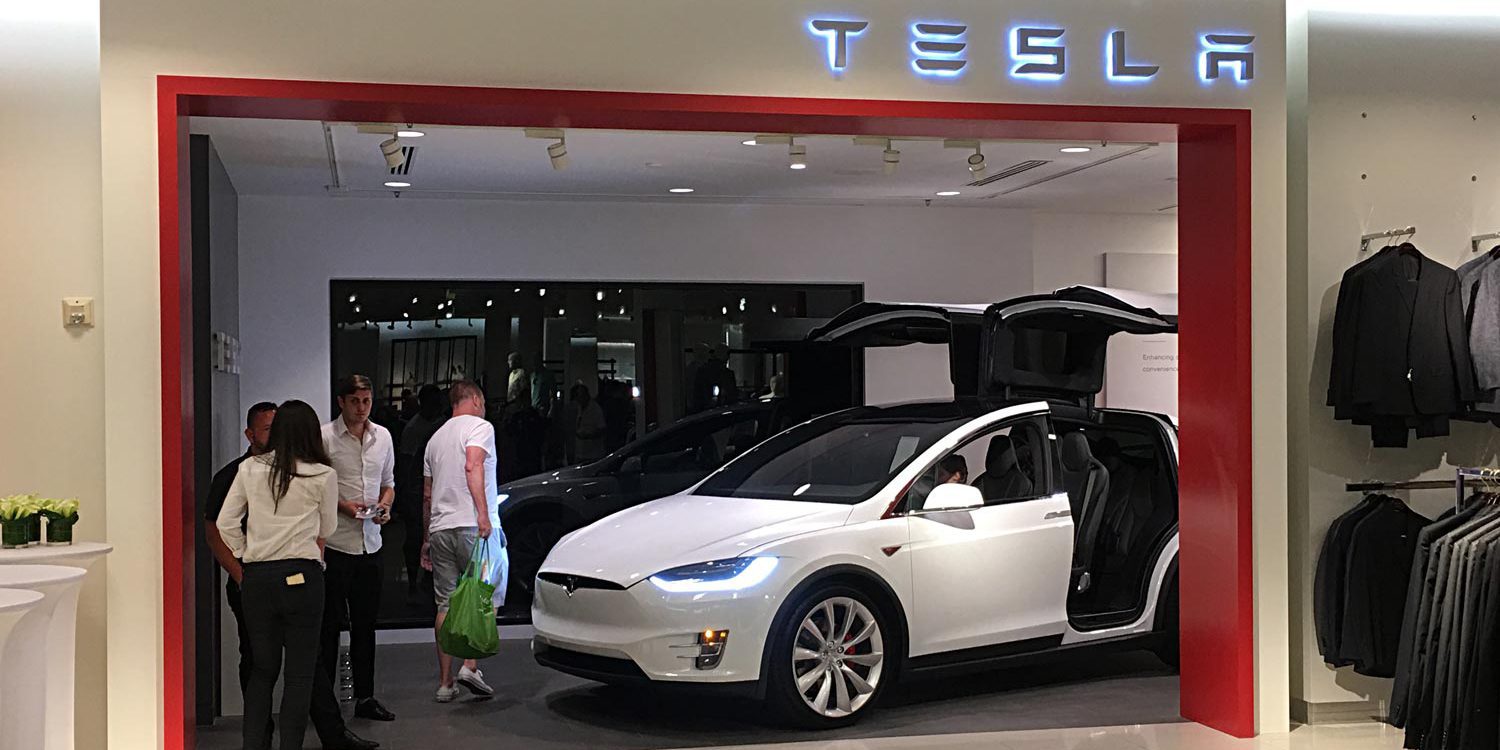 Those stores are very small and it was apparently successful since Tesla opened more similar locations and started another similar partnership in Australia.

Tesla has now 300 locations around the world and plans to keep expanding. Last month, Tesla also started restructuring some store/service locations to focus on delivery and service. They shut down some retail facilities inside service centers in order to focus on their stores in malls for sales.

But the biggest change in the short term, at least in the US, is the integration of Tesla’s energy products, which will significantly expand the range of products sold in stores.