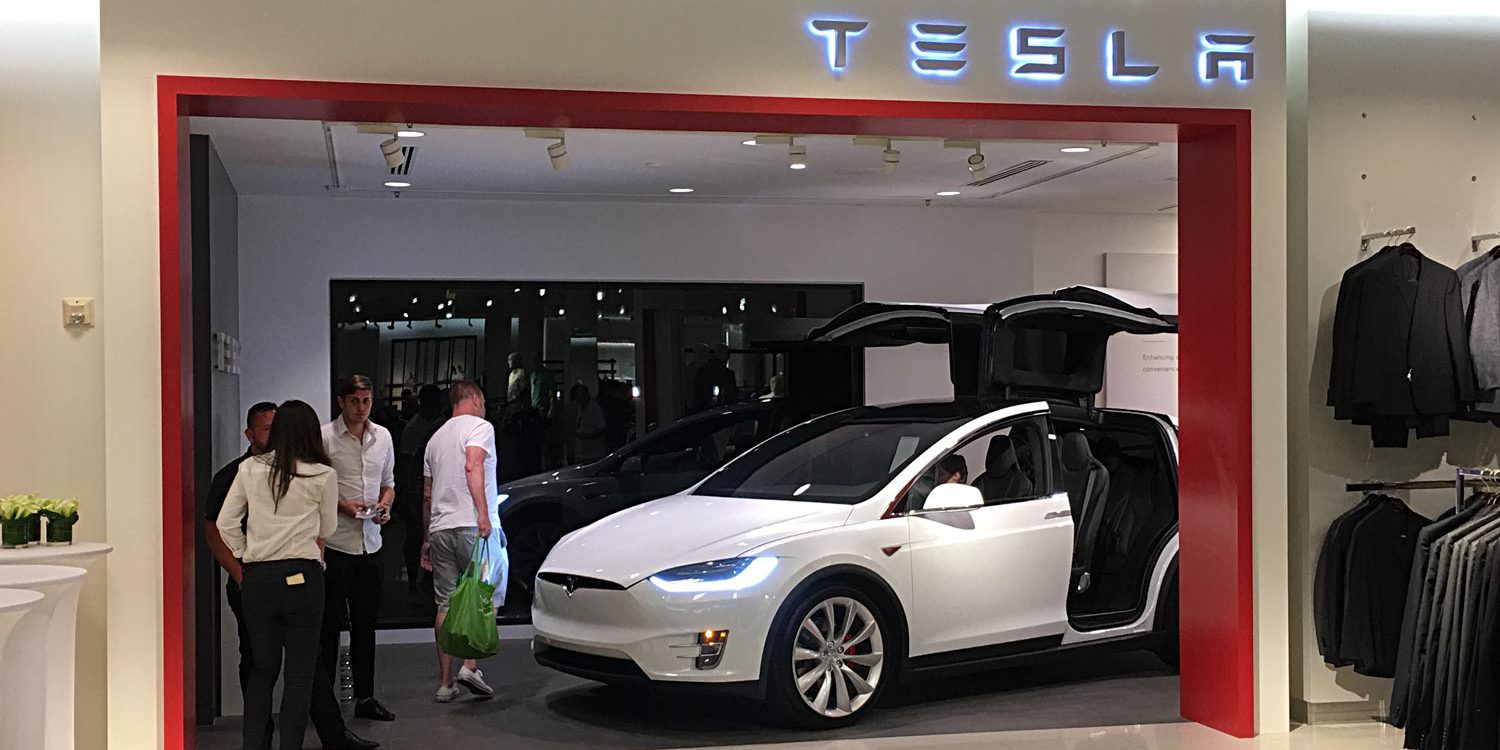 Last week, we reported on a pilot project for a new retail approach by Tesla that will see the automaker selling its vehicles inside Nordstrom stores – starting with the one at The Grove, a multiplex retail center in Los Angeles. The store is now open and we take a look at what could be a new way to sell vehicles.

As we previously reported, it’s not entirely new. Automakers sometime have booths in malls or even creeping in stores and even Tesla had a vehicle on display and was offering test drives out of Harrods, a popular upmarket department store in London, last year.

But a store, or rather a ‘gallery’ like in this case, is quite uncommon.

It certainly opens Tesla to a new demographic that would normally not seek to see the vehicle or get a test drive otherwise. Nordstrom is also an upscale fashion retailer and the Model X is an expensive vehicle.

Here’s a gallery of the store and test drive event outside – via senseiwalex on Reddit reprinted with permission:

Senseiwalex being a /r/TeslaMotors subscriber and a Electrek reader, he knows Tesla and its vehicles pretty well and that’s often the case for people going to Tesla stores and signing up for test drives, but the Nordstrom offers a greater opportunity for walk-ins of people with little to no knowledge of Tesla:

Went and checked it out this weekend on Saturday night. Tons of people checking out the X both outside and inside Nordstrom. Was funny to just listen to all of the random comments outside. Plenty of people with LOTs of knowledge and also the other side of spectrum. “What is this SUV thing out here?” “Tesla? Isn’t that a famous electricity guy or something…” “Dude check out the new Tesla car…it has some inssssssane doors”. Definitely soaked in the comments!

This is a great opportunity for Tesla to expand its brand, but also to educate people on electric vehicles in general.

If this pilot project goes well and the companies decide to expand their partnership, it would allow Tesla to quickly expand its retail presence which currently stand at 215 storefronts globally, while Nordstrom has 121 stores in the U.S. and Canada.