Earlier this year, Tesla made its already unique retail strategy in the auto industry even more unique by opening a small retail gallery in the Nordstrom store at The Grove in Los Angeles. At the time, both the automaker and the upscale fashion retailer described the partnership as a pilot project to explore the retail strategy of combining the sales of high-end fashion with luxury vehicles.

It looks like the project went well enough that they decided to expand their partnership to a second location, this time on the other side of the country in Charlotte, North Carolina, and more locations are also expected to follow.

Today and just in time for the shopping season, Tesla opened a gallery inside the Nordstrom at the SouthPark mall in Charlotte.

The Charlotte Observer reports that Tesla is displaying both the Model S and X in the small  600 square-foot section of the department store – near the accessory section.

The location is operating only as a gallery and not a full-fledged store – meaning that customers can come look at the cars and talk to Tesla’s product specialists about the vehicles, but the company cannot actually register sales at the location.

That has nothing to do with the fact that it is located in a Nordstrom store, but because of Tesla’s direct-sale issues in North Carolina. 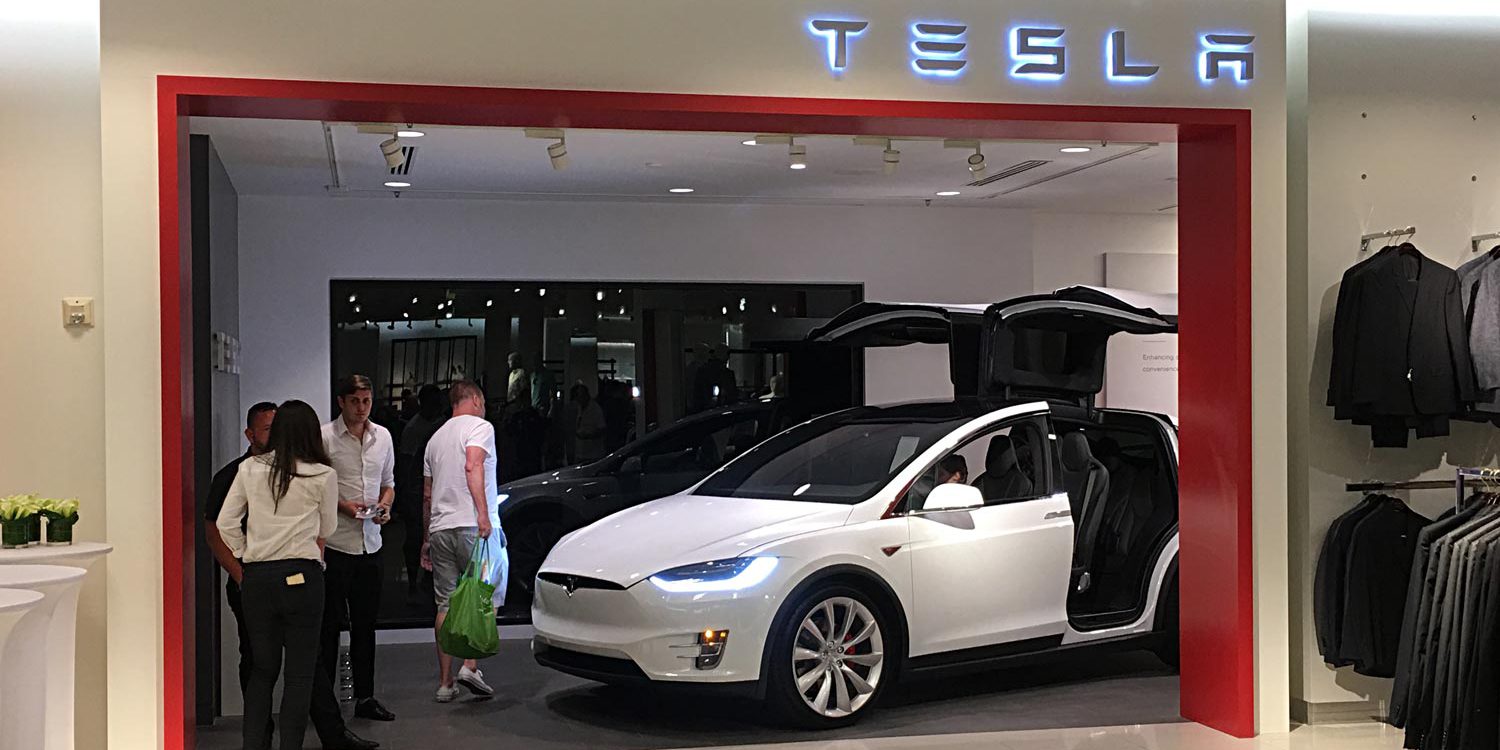 Tesla has been trying to obtain a second dealership license in North Carolina since earlier this year, but the DMV blocked them after complaints from local dealerships claiming that they could sell the vehicles and that Tesla can’t sell its own vehicles on their territory.

In the few states where Tesla has those direct-sale issues, the company has still been using what it refers to as “galleries”where customers can still learn about Tesla’s products and employees refer customers to other stores, like the one in Raleigh in this case, or Tesla’s website, where you can order the vehicle directly.

Over the past few months, Tesla’s Vice President of North American retail, Ganesh Srivats, who is himself from the fashion industry and has been leading this project with Nordstrom, has been teasing an upcoming new strategy for Tesla’s retail – something he referred to as a ‘drastic redesign of its retail concept’ ahead of Model 3 launch.

It looks like this expansion of the partnership with Nordstrom could be part of the new retail strategy.