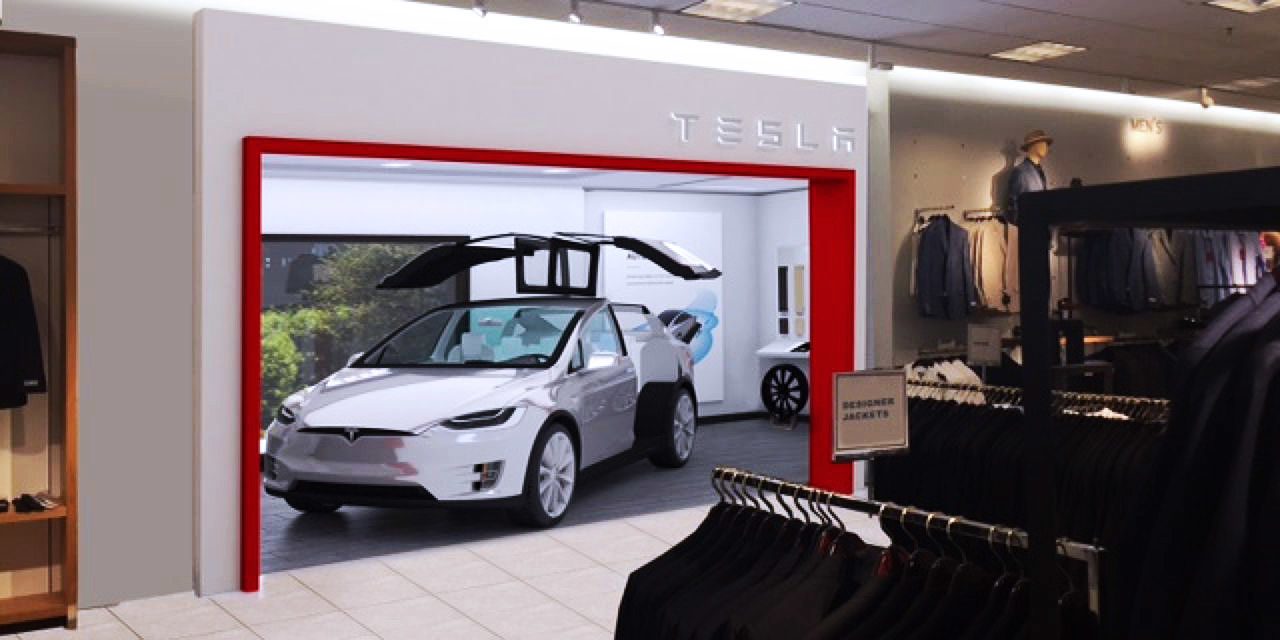 Tesla has an undoubtedly unique retail strategy in the auto industry, the company owns all its retail locations and has plenty of ‘galleries’ in malls, which is unusual for an automaker, but it is now taking it to the next level by launching a pilot project to sell its vehicles inside Nordstrom stores – starting with the one at The Grove, a multiplex retail center in Los Angeles.

The new location will open on Saturday. Fast Company reports that it will take up a 400-sq. foot section of the store – see the concept rendering above.

It will certainly result in a unique experience with a large SUV like the Model X displayed inside an upscale fashion store.

Nordstrom operates 121 stores in the U.S. and Canada. The company says that the Los Angeles location will serve as a pilot project and if both Tesla and Nordstrom are satisfied with the experience, they will look into expanding the project.

Ganesh Srivats, Tesla’s Vice-President for North America Sales and former, had experience working with Nordstrom when he was a Burberry executive prior to joining the automaker. He reportedly had an “instrumental role in setting up the initiative” with the retailer. The executive commented to Fast Company:

“[We’re] bringing Nordstrom customers a Tesla experience, and I think for Nordstrom as well, it’s like, How can we target Tesla’s audience?”

While the location will open on Saturday, Tesla is still in the process of obtaining a car dealer license to operate the store. Therefore, it will operate as a “gallery’ in the meantime. Tesla employees will be able to show the car, give test drives and inform potential customers about the vehicle and educate them about electric cars in general, but if someone wants to place an order, they will be referred to the nearest Tesla store, which is located only 5 miles away.

The strategy is not completely out of the ordinary for Tesla. Last year, the automaker had a vehicle on display and was offering test drives out of Harrods, a popular upmarket department store in London.

But if this pilot project goes well and the companies decide to expand their partnership, it would be the first of its kind. It would allow Tesla to quickly expand its retail presence which currently stand at 215 storefronts globally. Again, Nordstrom has 121 stores in the U.S. and Canada.