Last year, Tesla launched a novel retail partnership with Nordstrom to sell its vehicles in a section of the high-end fashion store. It started by opening a small retail gallery in the Nordstrom store at The Grove in Los Angeles and later expanded to other Nordstrom stores in Charlotte, North Carolina, and Detroit, Michigan.

The automaker is now making a similar deal in Australia with Myer, the country’s largest department store.

The up-market retailer made the announcement today as it is about to make its winter fashion launch.

A first ‘pop-up’ store will be deployed on the sixth floor of Myer’s Melbourne CBD store and will open to the public on Friday.

Like with the Nordstrom stores, a Model X will be displayed and people will be able to discuss with a Tesla Product Specialist and arrange for a test drive or even order the vehicle directly.

Myer’s head of brand and marketing, Mike Scott, told the Sydney Morning Herald that “there are plans to expand the initiative to other stores and states” beyond the first project in Melbourne.

Additionally, the models will be arriving at Myer’s winter fashion launch in a new Tesla Model X to celebrate the new partnership: 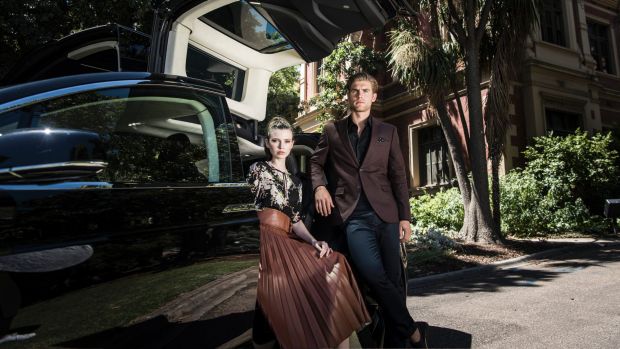 This new partnership could be an indication that Tesla’s expanding deal with Nordstrom has been a success, which would explain the increasing presence in high-end retail stores.

Over the past few months, Tesla’s Vice President of North American retail, Ganesh Srivats, who is himself from the fashion industry and has been leading this project with Nordstrom, has been teasing an upcoming new strategy for Tesla’s retail – something he referred to as a ‘drastic redesign of its retail concept’ ahead of Model 3 launch.