Earlier this month, Tesla CEO Elon Musk already announced that the automaker will be holding a special delivery event on July 28 to unveil the production version of the car and hand over the first 30 units to their owners.

Now Tesla started sending out the first invites today to the Model S and Model X owners who won access to the event as a prize through their referral program.

For the referral program round running from January 16 to March 15, 2017, Tesla had a special prize for owners who refer 7 or more new buyers for Model S or X. They were invited to “attend the Model 3 delivery event” with a guest.

It was actually the first reference to such an event until Musk confirmed it earlier this month.

The invites were sent out to those lucky few owners today – confirming that the event will be held at 7 pm (Pacific time) on July 28th in Fremont, California. The doors open at 7, but the “remarks” (presumably Musk’s presentation) starts at 9 pm.

As usual, the event is expected to be live-streamed, which will not exactly be convenient for reservation holders on the east coast or Europe who might want to wait for the video the next day. 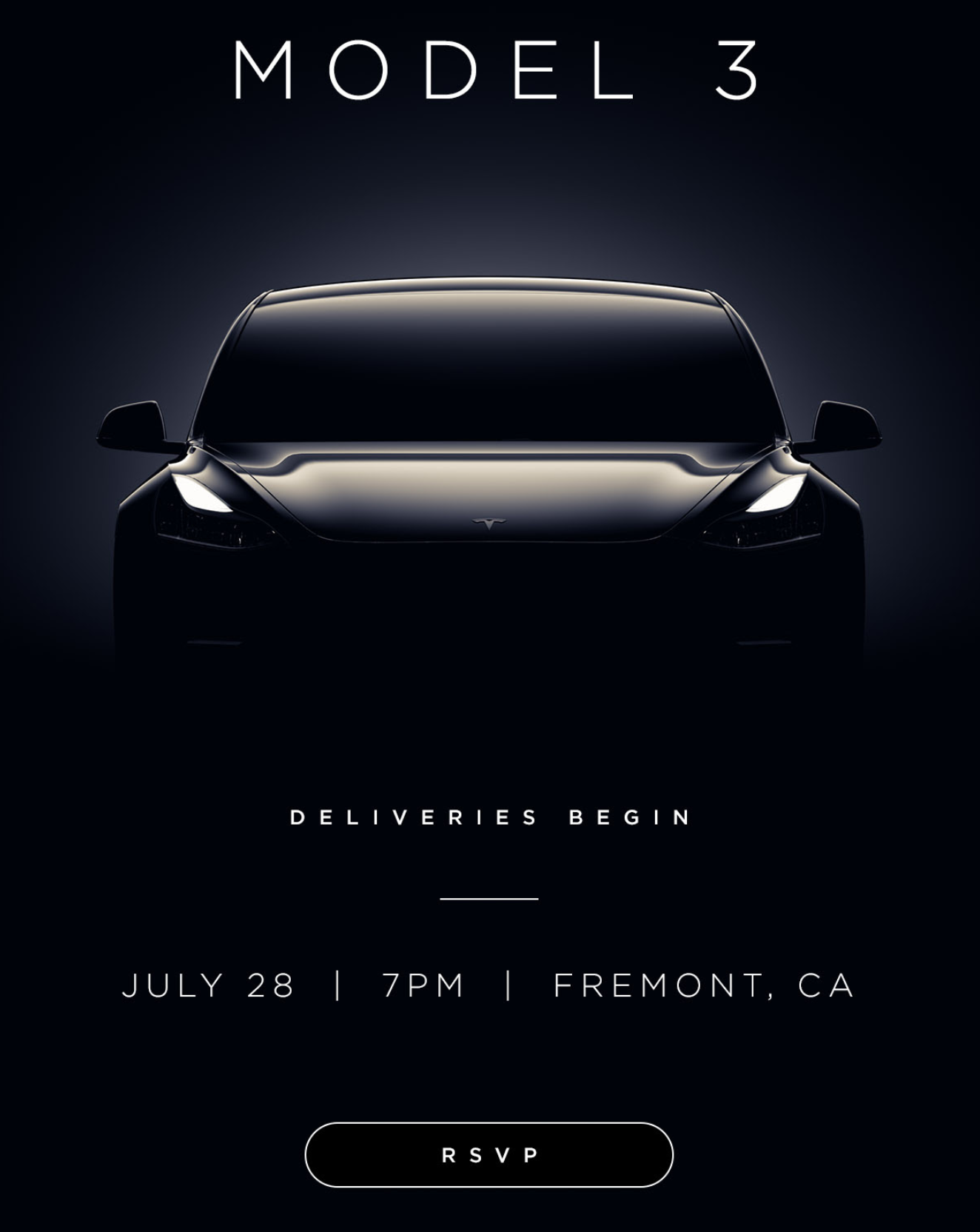 Beyond the first few deliveries, we expect Tesla to confirm several details that still remain unknown, like the official range of the Model 3, which is so far only referred to as “more than 215 miles” for the base version.

Speaking of the base version, Tesla should also confirm the battery configurations. A smaller ~60 kWh pack and a bigger ~75 kWh pack are expected to be offered, but only one is likely to be available this year as Tesla is trying to streamline production and the ordering process to facilitate the ramp up.

Details about the interior and features should also be unveiled at the event.

For past vehicle launches, with Model S and Model X, Tesla held delivery events at its Fremont factory to unveil the production version of its vehicles and hand over the keys to the first few customers, generally investors or board members, and unveil production features.