As Tesla is starting Model 3 production ahead of a delivery event at the end of the month, a Model 3 vehicle apparently modified for crash testing has been spotted in Fremont.

When Tesla first unveiled the Model 3, the company said that it expected the vehicle to achieve a 5-start rating in all safety category of the NHTSA safety tests – like the Model S and Model X.

They later updated the language to say that the Model 3 is “Designed to achieve 5-Star Safety Rating”.

Now just days after CEO Elon Musk unveiled the first Model 3 production unit, a Model 3 has been spotted apparently preparing for crash testing. Someone passing by Tesla’s Kato Road warehouse near the Fremont factory, who wishes to remain anonymous, spotted the Model 3 coming out of the parking: 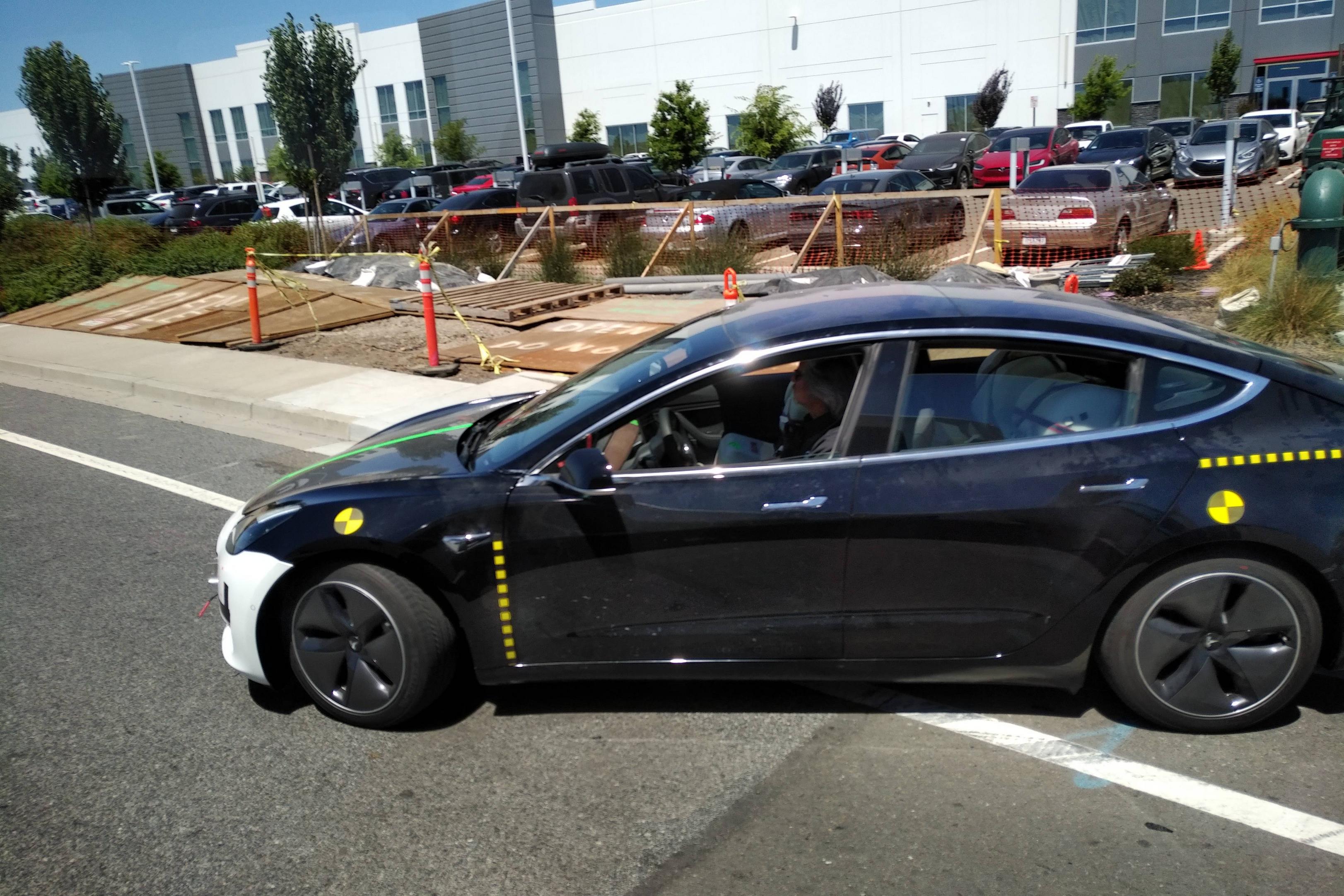 It shows the markings with inch tape normally visible on crash test vehicles in order to facilitate analyzing how the vehicle’s body moves in a crash and it is also used as a photographic target. Though normally, there are markings along the B-pilar.

The markings could also be different kinds of tests – other than crash testing, like for suspension and using the markings as trackers.

There also appears to be ballast weight on the backseat, which is likely to simulate passenger weight.

The Model 3 has quite a few things going for it in term of safety, for example, it is expected to have a larger than average front crumple zone thanks to the lack of engine in the front and it will come with the second generation Autopilot hardware, which should enable several active safety features, like collision warning and automatic emergency braking.