Tesla walking back some language around the Model 3’s features: Safety, Autopilot and Supercharger [updated]

After Tesla CEO Elon Musk unveiled the Model 3 last week and went through a few of the car’s features, it would have been difficult to find an EV enthusiast disappointed by the event. But now a week later, the automaker has been altering the language around the Model 3’s features and it has raised a few eyebrows.

We gathered the excerpts of the exact phrasing Elon Musk used for these three features during the Model 3 event:

“The Model 3 will not only be 5-star on average, it will be 5-star in every category.”

After the event, Tesla quickly launched a Model 3 page on its website and it reflected very well what Musk said during his presentation.

Here’s how Tesla listed the Model 3 features on its website on April 1st, right after the Model 3 unveil event: 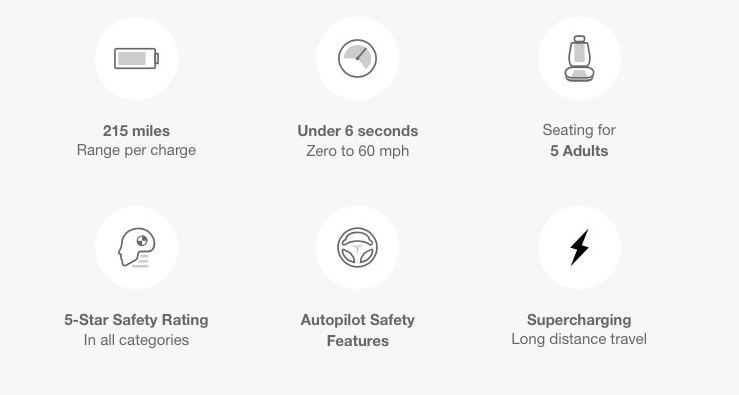 And now here’s how Tesla lists the Model 3 features on its website today (April 8): 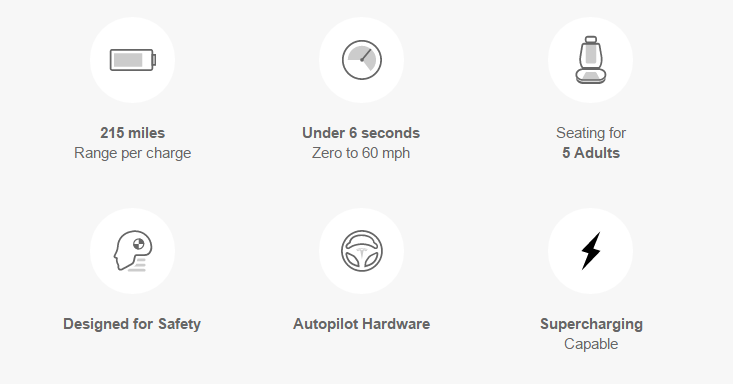 As you can see, they changed the wording of the three features on the second row.

It’s not clear why Tesla removed the claim from the Model 3 page, but we are still ~18 months away from the release of the vehicle and the actual safety rating, so it’s not too surprising that the company pulled the speculative language.

Update: After publishing this article, Tesla changed the wording of the safety mention again, now to: “5-star Safety Rating” – implying not 5-Star in all categories?/

The change in the choice of words for the Autopilot feature is interesting. Musk made it clear during the event that the safety features, like auto emergency braking, will be standard. Now Tesla changed it this week to “Autopilot Hardware”. I wouldn’t worry too much about it considering Tesla participated in the recent industry wide pledge to make auto emergency braking standard in all vehicles. Perhaps autopilot could be seen as a safety measure and Tesla doesn’t want to be held to that language.

We will have to wait for “part 2”, which is planned for closer to production in late-2017, but Tesla’s next gen Autopilot hardware is expected to allow fully autonomous driving and could explain the minimalist interior of the Model 3.

Finally the Supercharging feature. When the feature first appeared on the website, the mention of “long distance travel” pointed to the exact same setup as the Model S and X. The access to Tesla’s network of Superchargers is standard for all Tesla vehicles, but for long distance travel only – meaning that it is frowned upon for a Model S owner to regularly charge at a local Supercharger.

Now Tesla changed it to “Supercharger capable”, meaning that the Model 3 will be able to take DC fast-charging, but it doesn’t mean that it will have “free” access to Superchargers. In comparison, DC fast-charging capacity is optional on the Chevy Bolt regardless of any access to a charging network.

From these movements it seems clear that Tesla is signaling that Supercharging will be an optional, paid feature but we’ll wait to hear that directly from the company. A Tesla spokesperson is on the record saying:

All Model 3 will have the capability for Supercharging. We haven’t specified (and aren’t right now) whether supercharging will be free.

Update: After publishing this article, Tesla changed the wording around the Supercharger again, now to simply “Supercharging” without the “capable”./

It is likely another feature that will make more sense during “part 2” of the Model 3 unveiling.