Albeit being about 6 months late, Tesla finally started pushing the new Linux kernel update to the center console in its vehicles this week.

While it’s only a backend upgrade, Tesla CEO Elon Musk associated it with several long-awaited improvements to the vehicle’s user interface. Now that the kernel upgrade is here, those improvements shouldn’t be too far behind.

Interestingly, the upgrade was only pushed to the center information display (CID), the large 17-inch screen at the center of the vehicle, and not the instrument cluster (IC).

For most Tesla owners, the release notes of the latest update only refer to “minor software fixes and enhancements”, but it also brought navigation and Autopilot to Taiwan, where Tesla started delivering its vehicles earlier this year, but owners didn’t have access to the features.

When Tesla was first working on upgrading the Linux OS to 4.4, Musk said that they will be able to push a much-needed updated web browser on the new system.

The in-car web browser has been described as almost unusable by owners and a report suggested that less than 30% of Tesla drivers use it. The latest update to our website doesn’t even work on the browser (unacceptable!): 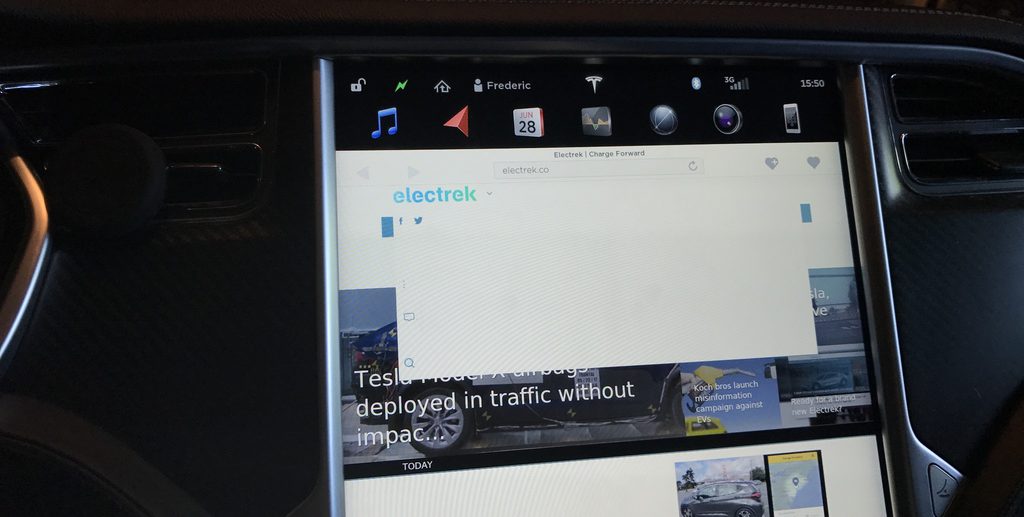 The update is expected to make it much more usable, along with long-awaited UI improvements to navigation and the media app.

Those updates were first supposed to come on the 8.1 software update planned for December 2016 (pushed in March 2017), but it was really light on UI improvements and instead focused on Autopilot 2.0 updates.

Tesla has put a lot of efforts trying to improve the second generation Autopilot in 2017 and it resulted in fewer updates for owners of pre-October 2016 cars.

When Tesla introduced its last major software update (version 8.0) for all cars in September 2016, we asked Musk if Tesla was reaching the limit of the car’s processing power and he confirmed that it was the case. Tesla is expected to keep pushing over-the-air updates to its fleet, but there are always hardware limitations and vehicles built before the latest generation of Autopilot have started reaching them.

Yet, there are Tesla vehicles that are 3, 4, and almost 5 years old on the road today and they are still receiving updates. The web browser is expected to be the biggest one, but Tesla has also been hinting at a new music streaming service.

Musk said to expect the next update in July.