Tesla 8.1 update: here are the features for all owners – not just with Autopilot

Earlier today, we reported on Tesla releasing the 8.1 software update and the focus is undeniably on improving the Autopilot system on the new hardware, but there are also a few improvements for all vehicles whether they have Autopilot or not.

Here are the UI changes:

In the ‘Media App’, Tesla added a radio station based on ‘Favorites’. The company wrote in the release notes:

In the ‘Maps App’, Tesla added Google ratings and open hours for businesses:

“Looking for an open coffee shop nearby? Or maybe you want to find a highly rated health club? Now it’s easier to search and choose between destinations in Maps. When you tap a pin for a business, we show the associated Google rating, price range, phone number, address, and whether the destination is currently open or closed.”

Tesla also made improvements to the use of voice commands in Maps.

Again, there’s no word on the Linux kernel update and the promised improvements to the internet browser, but we received anecdotal reports that there are speed improvements. We are still trying to confirm those reports and we will update if we can. 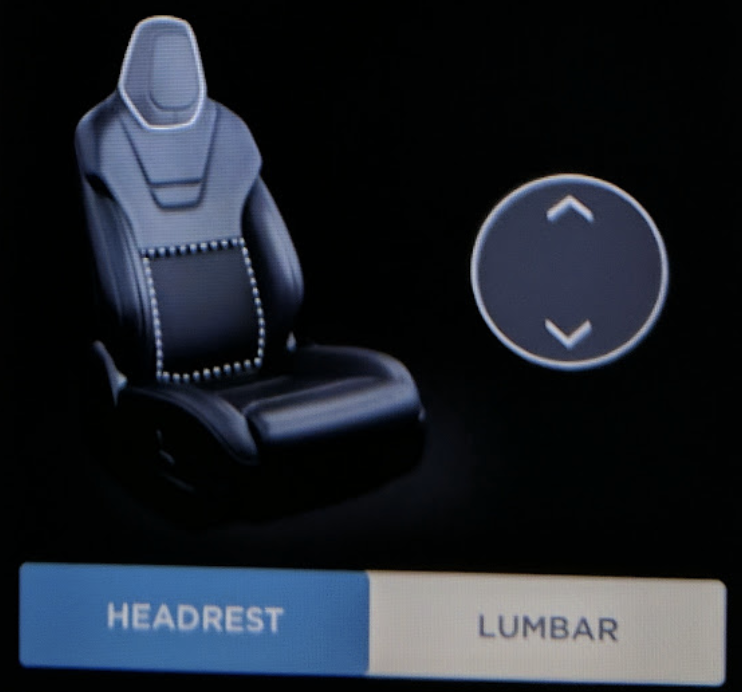 “We’ve added the ability to adjust the front seat headrests to provide better support for your head and neck while you drive. Simply press the button you use to adjust lower back support and a pop-up appears on the touchscreen with an image of the seat. tap the headrest area and then make the adjustments. Your settings are then saved to your driver profile.”

Finally, there are also some Model X specific updates, like the ability to disable the one-tap easy entry feature and the ability to lower the default opening height of the Falcon Wing doors.