The upcoming next generation Nissan Leaf will be the first of the Japanese automaker’s vehicles to feature its new ProPilot driver assist system outside of Japan.

Today, Nissan released a preview of the feature in a video and the first picture of the next-gen Leaf’s steering controls.

The automaker wrote in a press release today:

“In the coming years, Nissan’s ProPILOT technology will offer increasing levels of autonomy, with the system eventually able to navigate city intersections. Set to help make driving more secure and more enjoyable, ProPILOT Assist is part of Nissan Intelligent Mobility, the company’s blueprint for transforming how cars are driven, powered and integrated into society.”

Under its current form, ProPILOT is geared toward highway driving and it offers similar functionalities as Tesla Autopilot’s Autosteer and Traffic Aware Cruise Control features.

Here’s a new video about the feature:

Now we also get our first look at the next-gen Leaf’s steering controls in an image released by the company: 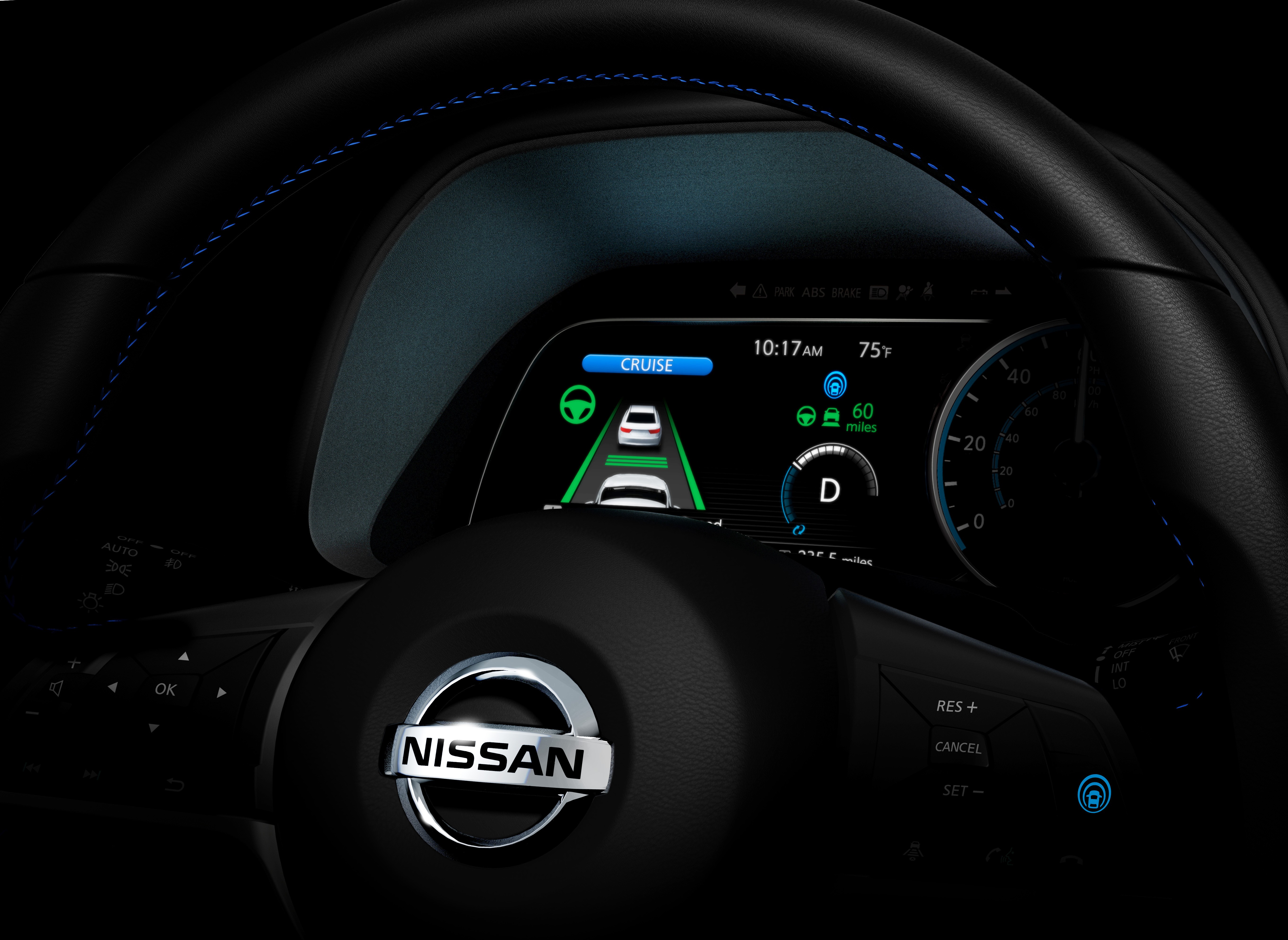 It is expected to feature a 60 kWh battery pack that will enable over 200 miles of range on a single charge.

The Japanese automaker will aim to compete with the Chevy Bolt EV and the Tesla Model 3 for buyers in the market for an all-electric long-range vehicle for less than $40,000.

In the meantime, the company has been heavily discounting its current all-electric Leafs, which can prove a cheap way to get into EV ownership.  You can check with your local Nissan dealer for Leafs in their inventories.