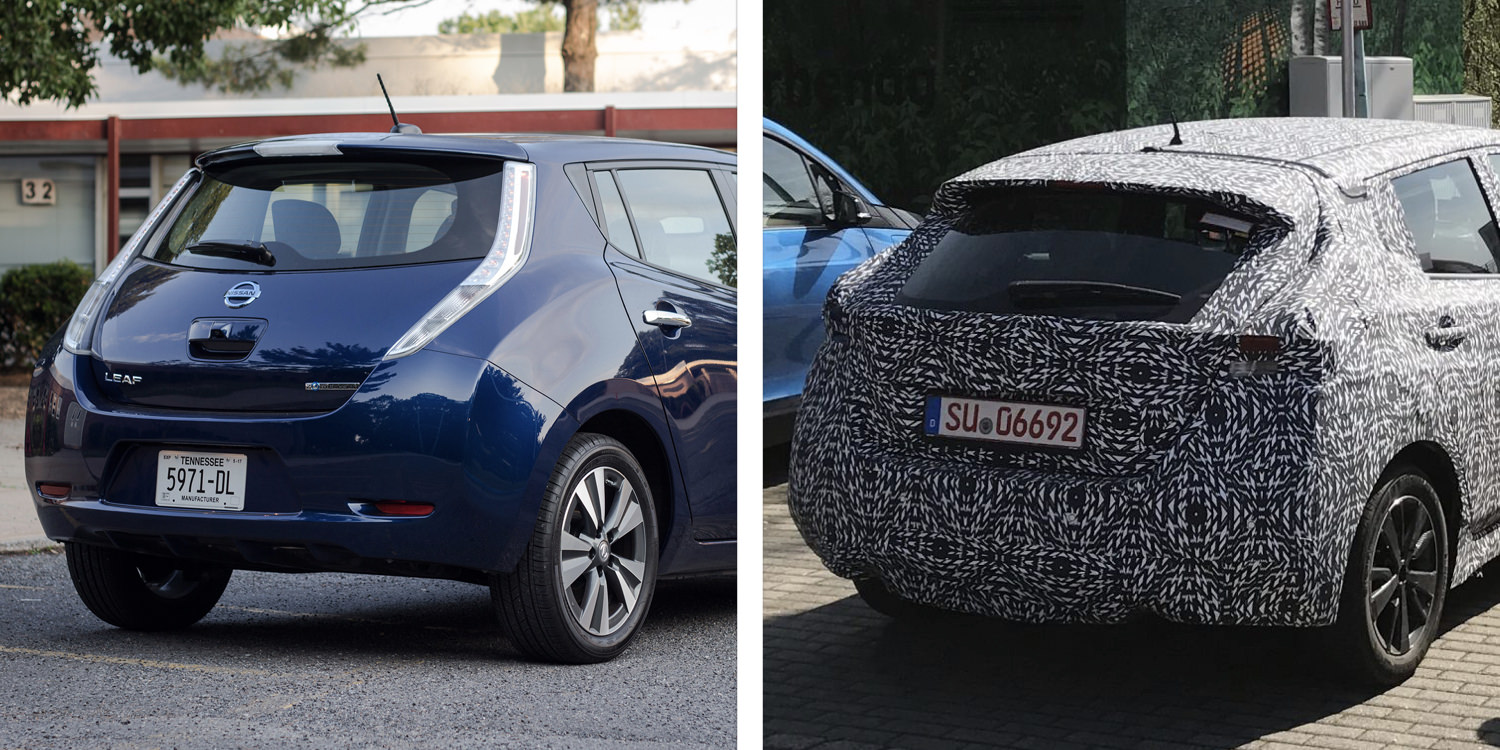 The next generation Nissan LEAF has been recently spotted on public roads and even though it was heavily camouflaged, we can see some significant design improvements over the original design.

While an extended range is the most anticipated feature of the new all-electric vehicle, the design refresh is likely to be welcomed.

Back in 2011, Nissan was early to market with the LEAF in the new wave of electric vehicles. It found some success, but sales have been lagging over the past few years and the next-gen is overdue.

The little range improvements have not helped. It broke the 100-mile mark last year when Nissan introduced a new 30 kWh battery pack, but the next generation is expected to feature a 60 kWh battery pack that will enable over 200 miles of range on a single charge.

The design also didn’t help. It was seen by many as a “weird-mobile” with bug eye-like headlights. While the 2018 model seems to have retained the same shape, but it seems to have updated several design features.

Nissan said that they were inspired by the IDS Concept for the new LEAF. Here’s a side-by-side with the camouflaged prototype spotted with the concept (Photo credit: Briam Williams/SpiedBilde and Nissan):

The company clearly added its V-motion grille to the LEAF and it lost the bug-eyed headlights.

It doesn’t look like they used the same air vents on the sides of the front-end, but then again, the camouflage is pretty heavy. We shouldn’t have to wait too long to see the final design anyway.

During the Geneva Motor Show earlier this month, Nissan confirmed that they plan to unveil the highly anticipated next generation LEAF in September and start production/deliveries by the end of the year.

We have yet to know exactly how they plan to price the vehicle, but it could likely end up being competitive with the Tesla Model 3 and the Chevy Bolt EV.