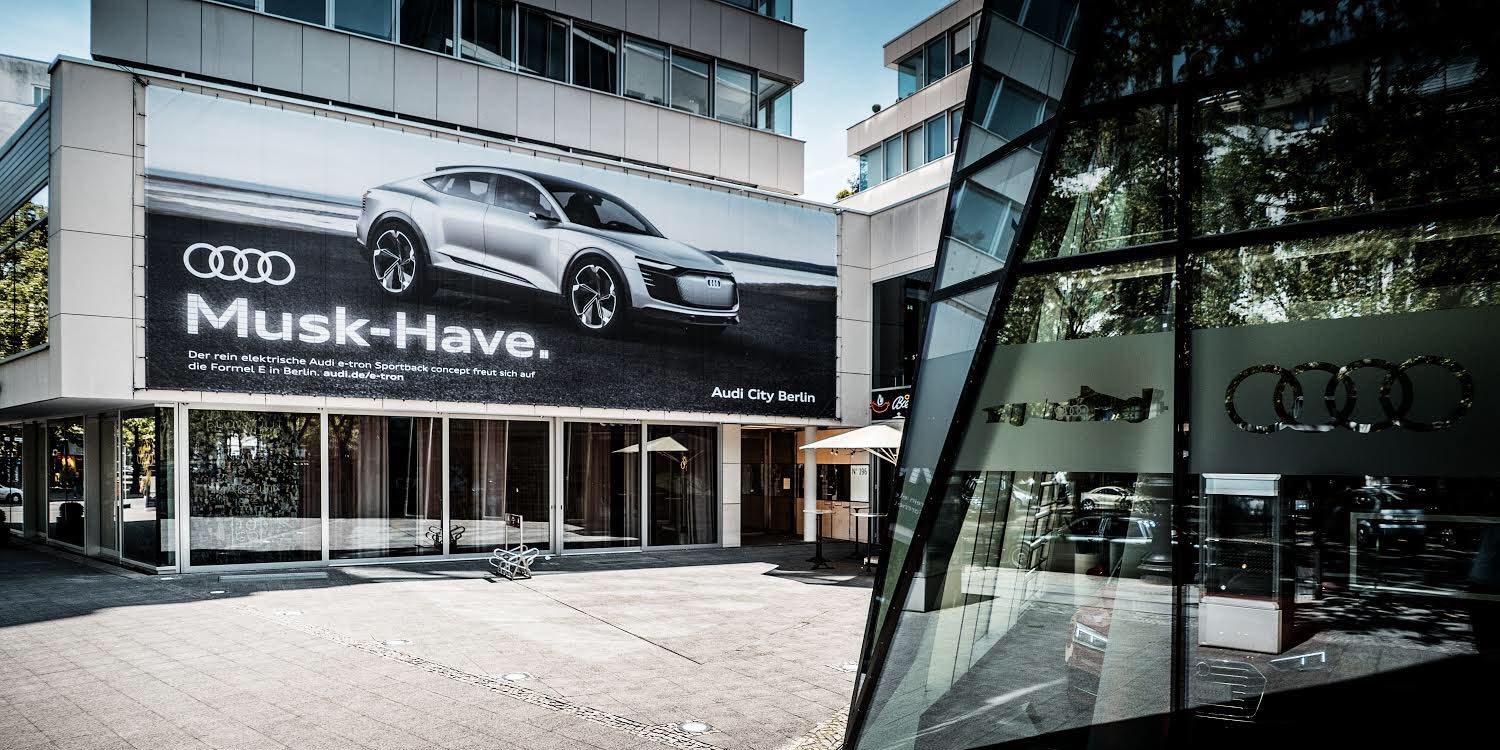 Audi is the latest automaker to go after Tesla in its ads – though it appears to be more in an attempt at humor than a targeted effort to mitigate the impact of Model 3 reservations on their sales, like the previous ones from BMW and Nissan.

In a strange move, Audi City Berlin posted a billboard ad advertising their upcoming e-tron Sportback all-electric vehicle, which was unveiled in April.

It’s weird enough that they would be advertising the concept of a vehicle that is not planned to hit the market for another 2 years, but on top of that, they appear to tease Tesla’s Elon Musk over it.

The ad features what appear to be a wordplay on “must-have”, as in “this is a must-have vehicle”, but spelled “Musk-Have” (pictures via Hybridcars):

It could also be meant as a flattering nod to what Tesla is doing. In the past, Musk has been somewhat eulogistic about Audi and he used to own a Q7 before the Model X went into production.

While the e-tron sportback is currently only a concept unveiled at the Auto Shanghai 2017, Audi confirmed that they plan to bring it to production in 2019 as the second vehicle in its series of 3 premium all-electric vehicles to be released in the next 3 years – starting with the e-tron quattro in 2018.

The automaker says that it will feature the same or similar specs as the quattro, like a 95 kWh battery pack for ~300 miles of range and a 320 kW motor, but in a smaller format.

It looks like Audi is planning to create a rivalry ahead of time.

Here are a few renders of the e-tron Sportback: