For those of us who believe that the entire automotive industry is rapidly transitioning from being powered by fossil fuels to electricity, it becomes important to transfer any asset from one to the other not only from an environmental standpoint, but also from a financial standpoint.

We have reported before on a growing movement to divest from fossil fuels – now reaching over $5.2 trillion – but the question is where do you reinvest that money? What is the new petrol?

The minerals used to make batteries are obvious contenders, but there are a lot of different kinds of batteries using all different minerals. Tesla’s Gigafactory 1 in Nevada is alone expected to double the global battery production over the next year and therefore, it could create a resource boom.

The truth is that not one single kind of battery chemistry is likely to rise above all. While the overall production will increase as electric vehicles gain market share, manufacturers will use different battery chemistries with different kind of minerals, but there are some usual suspects that are more popular than others: lithium, cobalt, nickel, graphite, and manganese come to mind.

In this article, we list and briefly look into a few companies working on developing new mining projects for those minerals and who could benefit from the rising demand due to the electric vehicle revolution.

Full disclosure: some of those companies are junior mining companies and therefore, most of them are considered small cap – meaning they trade at low volume and prices, which can offer exceptional returns but can also be extremely volatile. You should always do your own due diligence and invest at your own risk. Also, most junior mining companies are trading in Canadian dollars on the TSX (Toronto Exchange), but they also have tickers on the OTC to be traded in USD. Liquidity is generally better for those companies on the TSX.

Additional disclosure: I’ve invested in most of those companies over the past few years myself since I do believe in the investment opportunity in minerals used in batteries and especially the demand that the Gigafactory is creating in North America.

Lithium is the obvious one since it’s in the name – lithium-ion – but it’s actually not the biggest bottleneck because untapped resources are quite massive. It can nonetheless be an interesting investment since demand is inevitably surging beyond current production capacity and therefore, new mines will have to go into operation.

Demand and production have already been soaring over the past few years, but it’s nothing compared the demand coming with new mass-market electric vehicles, like the Tesla Model 3.

It offers an opportunity to redefine the logistic pipeline associated with lithium and exploit new deposits closer to battery production.

The growing majority of global lithium resource is coming from brine deposits, which are mainly found in salt flats of Chile, Argentina, and China. Most of the production is controlled by a handful of companies, like Albemarle (NYSE:ALB), FMC (NYSE:FMC), and Chile’s Sociedad Quimica y Minera de Chile (NYSE:SQM).

These companies are undoubtedly benefiting from the rising price of lithium due to increasing demand from battery production. 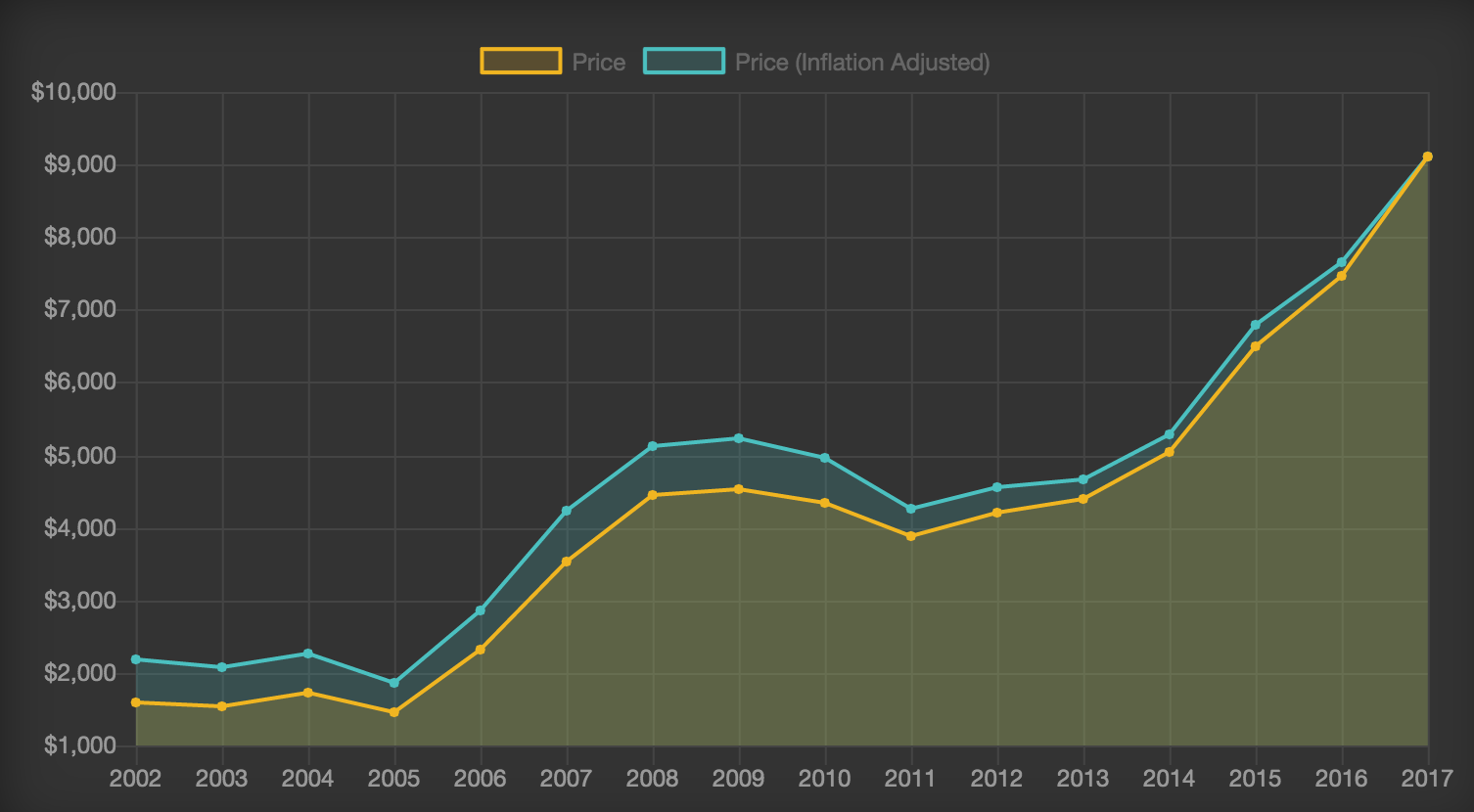 But again, the rising price is also enabling economic feasibility of new mining projects, which can make more logistical sense in some particular cases.

Tesla Gigafactory 1 will need an incredible amount of lithium. Based on Tesla’s goal to produce enough batteries for 500,000 cars next year, the company could need ~30,000 tons in 2018 alone. That number could triple by the time Tesla hits expected full production in 2020.

In a presentation to investors last month, Tesla said that they are “partnering with the major mining companies and working with promising juniors to ensure future supply” of lithium. They said that the supply is already secured for 2017, but the real volume is expected to come in 2018.

Considering there are important lithium deposits mere hours away from the Gigafactory, there are opportunities to cut logistic costs by exploiting those deposits.

The company is still looking for financing for the project, which comes closer to reality every time lithium price increases — and that’s often these days.

There are other junior mining companies with important lithium claims in the region, including Lithium Americas (TSX: LAC.TO – OTC: LACDF), which last year hired David Deak, one of Tesla’s engineers working on the battery supply chain of the Gigafactory.

Lithium Americas not only owns an important project in Nevada near the Gigafactory, but also in Argentina at the Cauchari-Olaroz lithium brine deposit, which is the 3rd largest lithium brine reserve in the world.

LiCO Energy Metals (TSX-V: LiC OTCQB: WCTXF) is another startup that owns significant lithium claims in Nevada. All the projects owned by these companies are still mostly in early development stages, but local infrastructure is currently being put in place to start exploitation as they secure financing.

What is particularly interesting with LiCO that it not only owns lithium deposit claims in Nevada and Chile, two of the biggest regions for lithium deposits, but also a cobalt project in Canada, which is a good segue…

Cobalt is used in the cathode of several variations of the most popular battery cell chemistries: NCA, LiCo, and NMC.

When it comes to batteries, the production constraints of cobalt are believed to be even tighter than with lithium. Global production was fairly limited before it became an important resource for li-ion batteries, but now it accounts for 40% of cobalt demand and it is expected to soon grow past the majority of demand – linking its fate to batteries in the process. 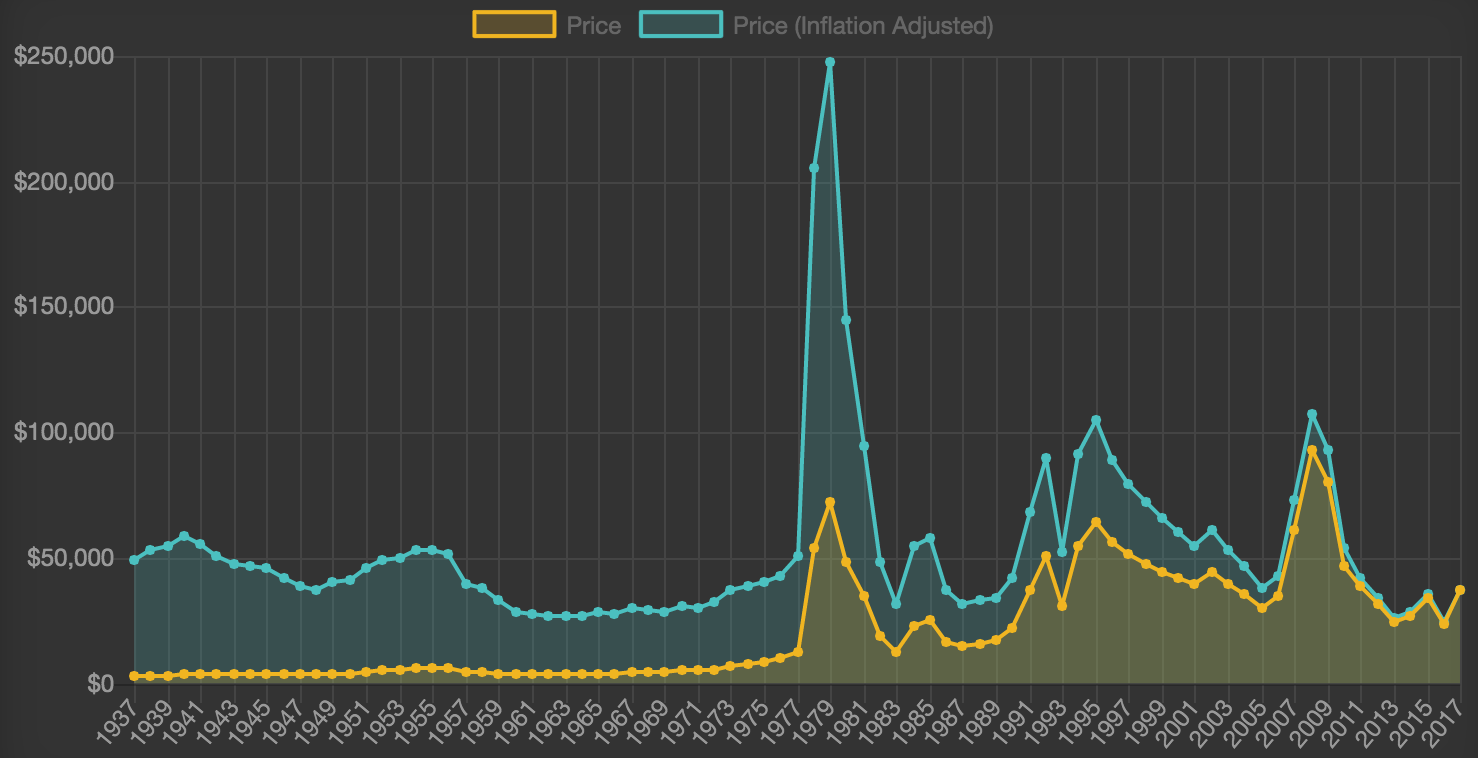 The price of cobalt roughly doubled over the past year alone. Like lithium, it’s obviously a good thing for current major cobalt producers, but since it’s mostly mined as a byproduct of other mining resources, there are very few pure plays in the producing segment.

There’s also the Democratic Republic of Congo (DRC) problem. The country is the most important cobalt producer, but it is also plagued by claims of poor working conditions and even child labor in the local cobalt industry.

For those reasons, like lithium, there’s an opportunity for a geographical shift in production as the feasibility of new projects increases with the price of the mineral. Due to the important demand the Tesla Gigafactory is creating, North America could see its cobalt production increase with new projects.

When talking about the supply chain for batteries, Tesla CTO JB Straubel said that he was more worried about cobalt than lithium due to the rarity of the resource. Tesla has never disclosed how much cobalt it uses in its batteries, but it is an important part of its cells for vehicles (NCA) and even more so for its stationary energy storage cells (NMC).

Canada is already an important producer of cobalt, but there’s currently no active mine in the US.

As we already mentioned, LiCO Energy Metals (TSX-V: LiC OTCQB: WCTXF) is an interesting company because it has both lithium projects in the US and a cobalt project in Canada, which used to be active under another company years ago before the price of the resource collapsed.

The project is located in the district of Temiskaming in Ontario, Canada – a mining-friendly region near the border with Quebec.

It’s still in the early stages and the company just started its diamond drill program at the site. Overall, the project is more complementary to LiCo’s lithium projects than anything else.

A more advanced project – and probably the most advanced in the US – is eCobalt (TSX: ECS.TO – OTC: ECSIF)‘s Idaho Cobalt Project (ICP).

Under its current structure, it’s not exactly a huge project with an estimated 1,500 tons of high purity cobalt sulfate annually over a projected mine life of 12.5 years. Nonetheless, they already secured a significant part of the financing and they are about to release a new Bankable Feasibility Study, which will certainly be helped by the higher cobalt price and could potentially see a resource increase.

There are also several more early stage projects, like 6 separate projects in North America owned by Cruz Capital Corp. (TSX: CUZ.V – OTC: BKTPF) or soon to be “Cruz Cobalt” since they proposed a name change. The company is still very early stage, but it has hundreds of interesting claims in Ontario, British Columbia, and Idaho.

Most of them are still awaiting feasibility studies, but with the increasing price of cobalt, it wouldn’t be surprising if some of them turn out to be profitable and attract financing.

CobalTech (TSX: CSK.V – OTC: BNCIF) is another startup that has been acquiring past producing mines from before the price collapse, especially in Ontario, and plans to restart them now that the demand is increasing due to batteries and that the price doubled over the last year.

Interestingly, the company also has the ambition of vertically integrating and managing the entire process from mining to processing the ore and producing high-grade cobalt. As for now, like with Cruz Capital, most of its assets are linked to the mining claims, which could lead to feasible projects now that prices are higher.

Another interesting approach to mining cobalt (and other anode and cathode metals) is recycling.

Batteries degrade over time and while most of them are manufactured with the goal to last the lifetime of the vehicles they are installed in, they will inevitably enter their end-of-life cycle at one point, which mean recycling.

Recycling electric vehicle battery packs will undoubtedly become big business in the long-term. Instead of mining often hard to reach and hard to process resources, some companies will opt to mine used battery packs.

Several companies, like American Manganese (TSX: AMY – OTC: AMYZF) are already developing processes to recycle the valuable metals inside batteries when they are depleted. American Manganese first developed the technology to create high-grade manganese at its Artillery Peak manganese mining project in Arizona, but it has still been working to adapt it to cobalt and manganese battery recycling.

They also have a more traditional high-grade cobalt/gold mining project in British Colombia for which they disclosed being “approached by interested parties for the potential of a joint-venture” earlier this month.

Other minerals are also likely to benefit from the increasing battery demand due to the growing electric vehicle industry, like nickel and graphite, but due to the current production capacity, lithium and cobalt are the more critical in the short-term.

If you have other ideas on how to invest in the growth of the battery industry, let us know in the comment section below.